There has been some great stuff coming out of our Seattle-area “alternative” real estate businesses Redfin and Zillow this week that deserve to be mentioned.

First up, Redfin came out with a great paper called Seven Tactics for Real Estate Bargaining. Check out their blog post announcing the study here. They analyzed recent sales data from 9,053 single-family-home sales across three markets, including 2,446 in King County, looking for homes that sold for a large discount from the last asking price.

Many of the characteristics they identified in homes that sold for a large discount were exactly what you would expect, but it’s great to see some hard data to support your gut instinct when it comes to negotiating a good price on the largest purchase of your life. 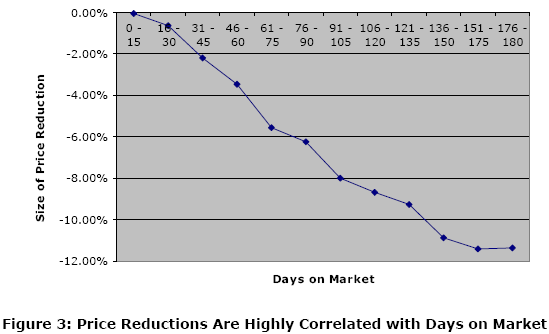 Here’s their seven tips on where to look for a seller that’s seriously ready to negotiate, and who to avoid:

Sound, data-driven advice for anyone looking to drive a hard bargain in today’s so-called “buyer’s market.” Check out the full report here (pdf).

Next up is a survey from Zillow that (like Zillow itself) is more entertaining than particularly useful, but is still worth a look. The results of their Q2 Homeowner Confidence Survey of 1,367 U.S. Homeowners showed that:

Nearly two out of three homeowners (62%) believe their home’s value has increased or stayed the same over the past year; however, the reality is that 77% of U.S. homes have declined in value.

Three out of four (75%) homeowners expect their home’s value will increase or stabilize in the coming 6 months. However, when asked about their local market, 42% think home values in their locality will decrease (compared to the 25% who think this about their own home). 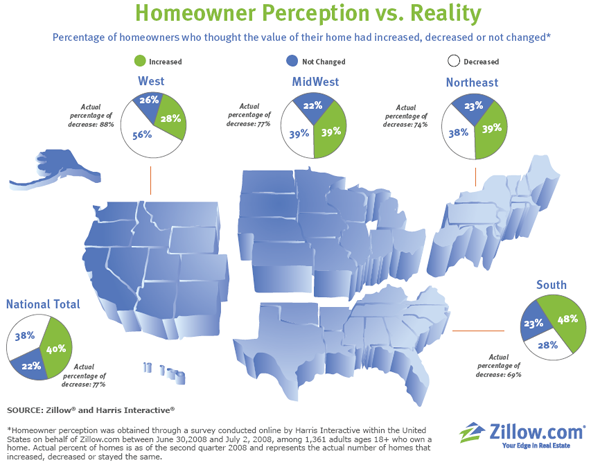