Here’s where the YOY stats stand for each of the six counties as of August 2008: 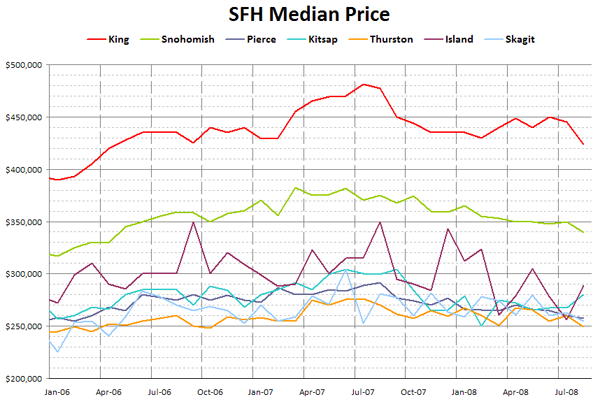 Median prices declined from July to August in every county but Kitsap and Island.  The largest drop this month was in King County, where the median price dropped over $21,000.

With the slight increase in Kitsap’s median, that county now holds the prize for smallest overall decline, still at almost 10% off the peak. 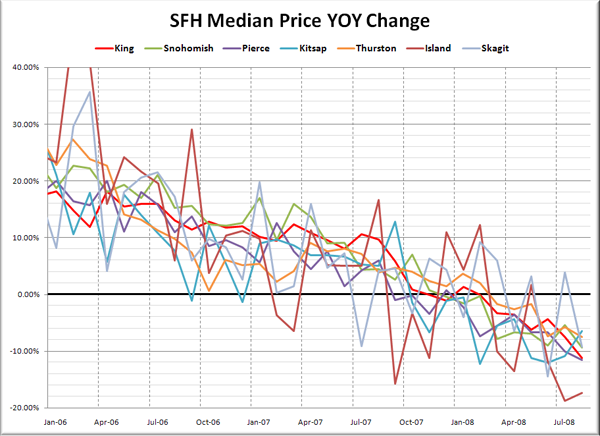 Everybody’s in the negative this month, with year-over-year drops ranging from 6.5% in Kitsap to 17.4% in Island. 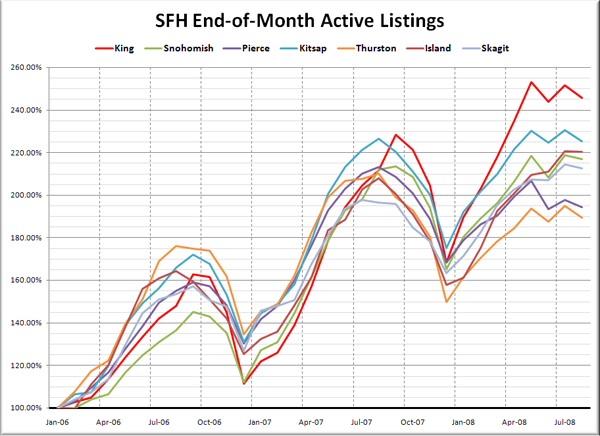 Listings seem to have reached a plateau across all seven Puget Sound counties, with King County still leading the pack in overall listing increases. 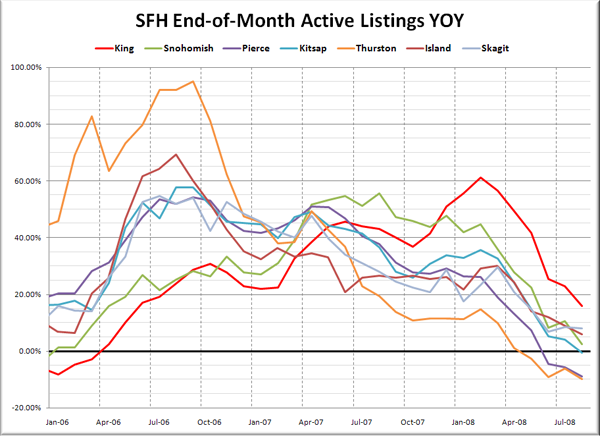 Again, Thurston and Pierce are actually seeing fewer listings than this time last year, while King County is still at nearly +20%. 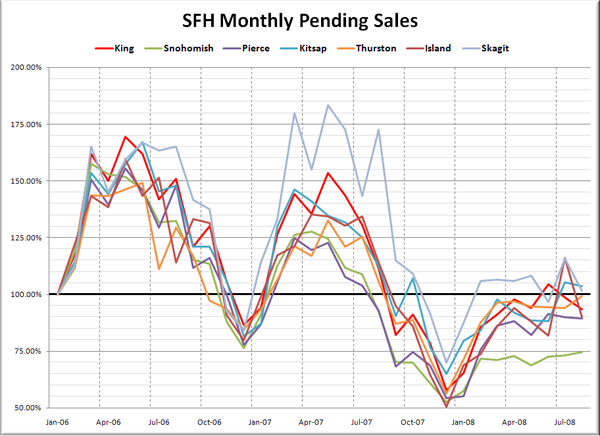 Only Kitsap and Skagit were able to sell more homes in August than in January 2006.  As predicted, sales volumes in King County declined from the month prior. 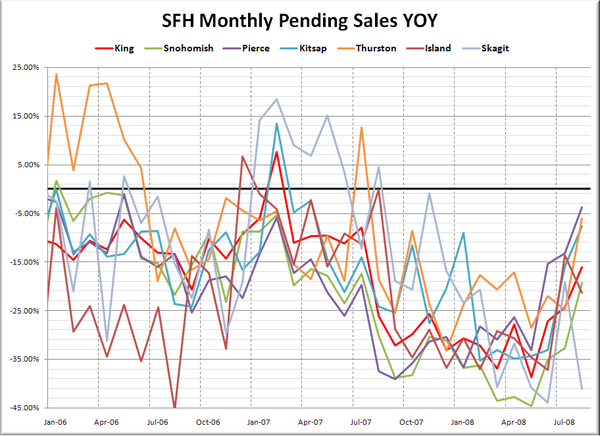 There’s a definite upward trend in every county but Skagit, however the year-over-year sales data is still in the negative for every county in the Sound.

Island County is still taking the biggest hit in price and “months of supply,” but there really isn’t any county around the Sound where the real estate market could be described as anything other than weak, which is great news for homebuyers that are continuing to wait and watch as prices keep falling.