Okay, I had this story emailed or IM’d to me by about half a dozen people over the weekend, so I guess I’d better at least mention it :^) 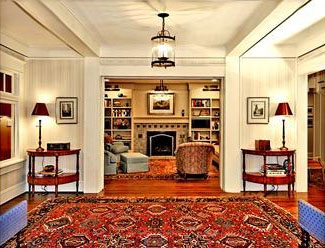 Stephen Rotella, who was president and chief operating officer of Washington Mutual when it failed last month after being battered by mortgage losses, is wading into the housing market as a seller. He’s hoping to sell his home on Capitol Hill for $6.25 million.

County records show he and his wife, Esther, paid $3.78 million for it in June 2005, a few months after Rotella arrived in Seattle.

Here are the county records for the property in question, and here’s the listing on Redfin, for those of you that want to add it to your favorites.

I suppose without a major bank president job, it might be hard to keep paying the mortgage on a place like that. I think he might be just a little optimistic on the price, though.

Update: Dan Savage of The Stranger rode by and shot a pic of the front of the house.