Here’s where the YOY stats stand for each of the six counties as of September 2008: 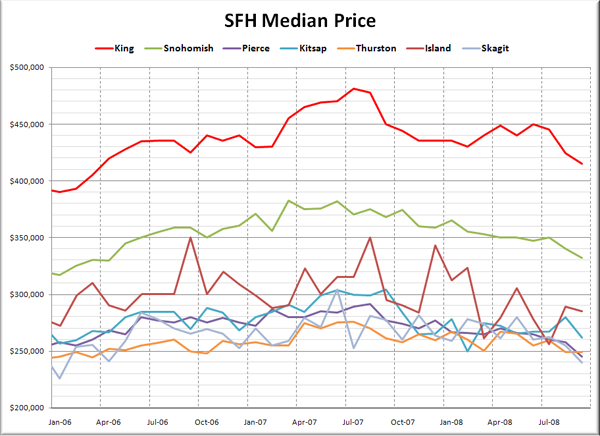 Median prices declined from August to September in all seven Puget Sound counties, with drops ranging from $500 in Thurston to $18,000 in Kitsap.

Thanks to the minuscule drop in September, the median price in Thurston County has now dropped the least. Note that the spreadsheet also contains a “drop from peak” graph, similar to the one posted with the monthly Case-Shiller update. 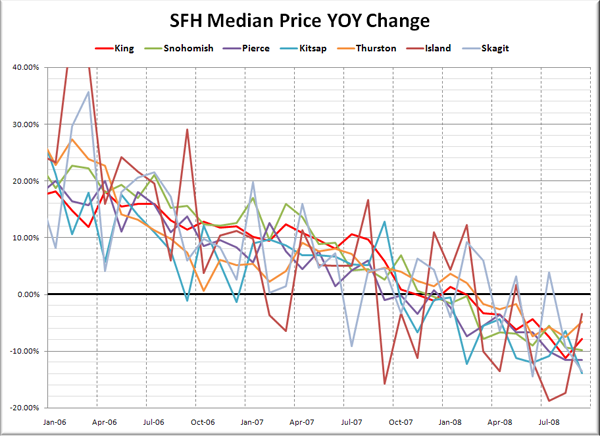 Everybody’s still bouncing along in the negative, with year-over-year drops ranging from 3.4% in Island County to 13.9% in Kitsap. Interestingly, those two counties were on opposite ends of the YOY spectrum last month, with Kitsap experiencing the smallest drop, and Island the largest. 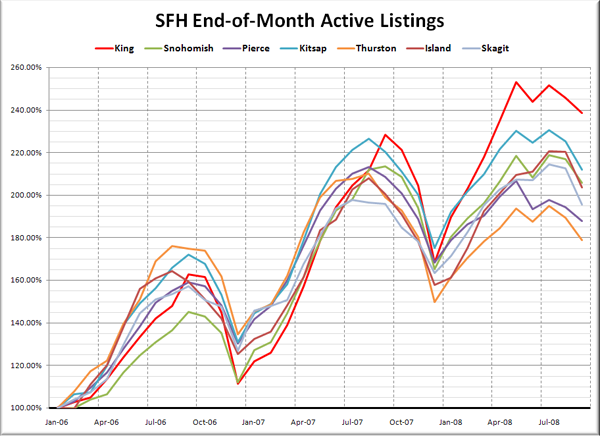 The number of listings sitting on the market declined across the board in September, with the largest month-to-month drop in percentage terms coming in Skagit, where listings fell 8% from August. 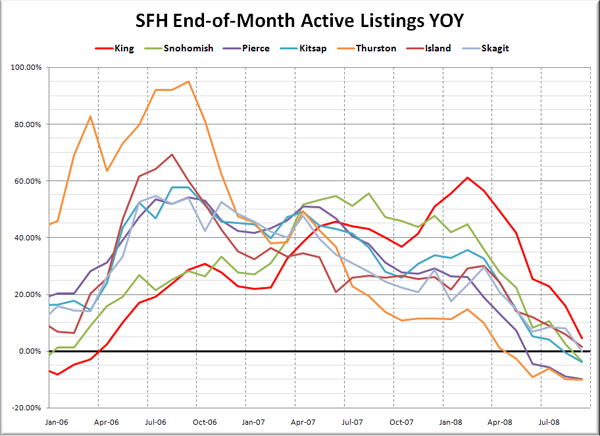 Two more counties went YOY negative on listings, bringing the total to five of seven. King and Island are now the only Puget Sound counties where listings continue to come in higher than last year. 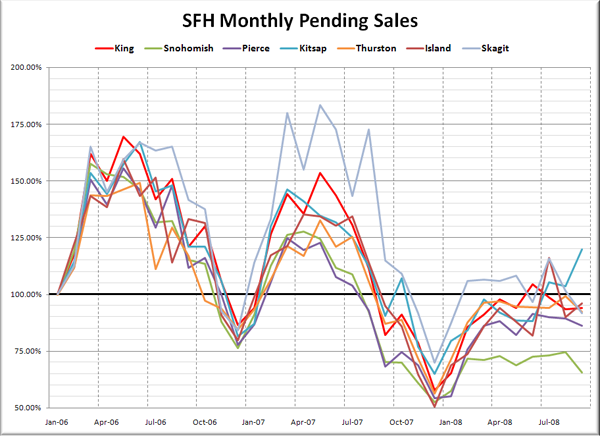 Sales were all across the board in September, with Kitsap and Island seeing big month-to-month bumps, King staying relatively flat, and drops in Snohomish, Pierce, Thurston, and Skagit. 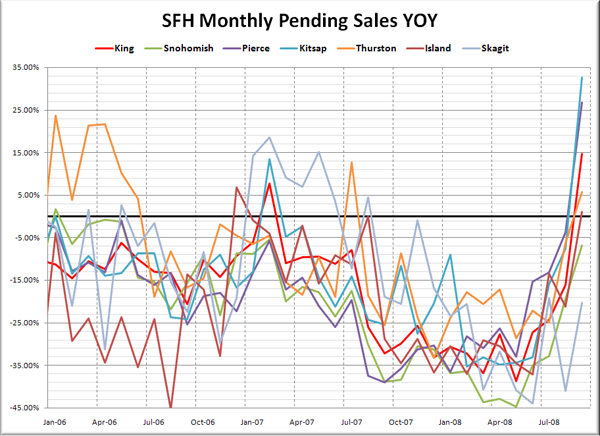 Wow. The dramatic upward spike on the year-over-year graph is extremely noticeable in every single county, although Skagit and Snohomish simply went from really negative to somewhat less negative. It will be very interesting to see if these September sales were essentially “borrowed” from October.

Island County has had over 12 months of supply for eleven of the last twelve months. Ouch. Overall, prices declines around the sound seem to be slightly accelerating, while listings appear to have topped out. The sales spike across the entire region is definitely interesting. We will be keenly watching to see if it was just an aberration, or whether it persists into October.