Back in July I posted a comparison of the total percentage gain during the boom years to the total percentage drop from peak to date across a bunch of markets, to see if I could establish a clear relationship or correlation between the two. I wanted to give a quick update on this analysis.

As a reminder, I based the gain/loss percentages on Case-Shiller data for May and August; and for the purposes of this comparison, I used the following definitions: 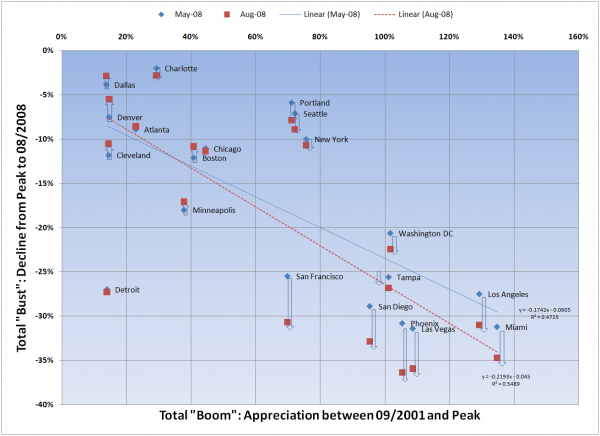 Couple of things I noticed in this updated version of the analysis: