October MOS for King County as a whole came in at 8.33 (compared to 6.29 for October 2007 and 6.57 for September), bringing the current run of 6+ MOS to fourteen months—by far the longest King County has ever seen.

In the graphs below, you’re looking at the MOS for the “Res Only” data from the NWMLS King County Breakout pdfs for the one-year period of November 2007 through October 2008. The bar graph is centered vertically on 6.0 MOS, so that it is easier to visually tell the difference between a seller’s and buyer’s market (i.e. – shorter bars mean a more balanced market). Each graph again has the same scale on the vertical axis and has the King County aggregate figure plotted in red on the far right, so they can be easily compared.

Note that there are a few areas that appear to have no bar at all for a given month—this represents an MOS value at or close to 6.0. Also keep in mind that whatever the reason, pending sales have become increasingly disconnected from closed sales recently, which means that these statistics are likely understating the magnitude of the “buyer’s market.”

We’ll start off with the chart that lets you directly compare each area’s MOS to its value one year ago. October 2007 is in red, and 2008 is in blue. 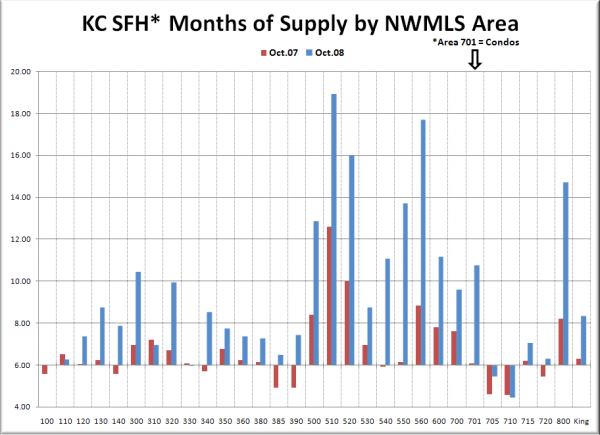 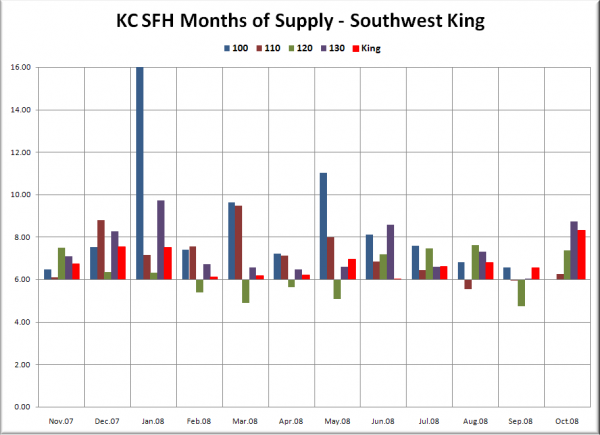 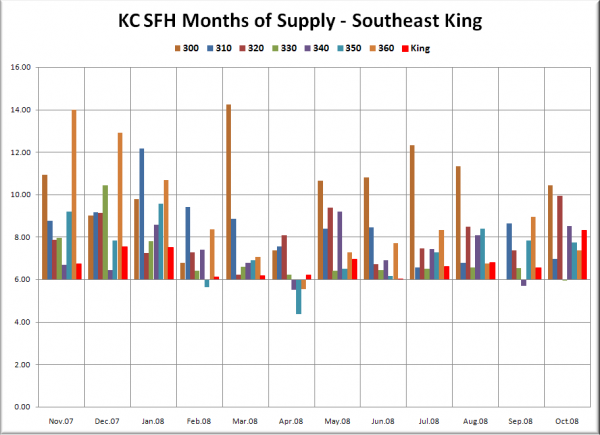 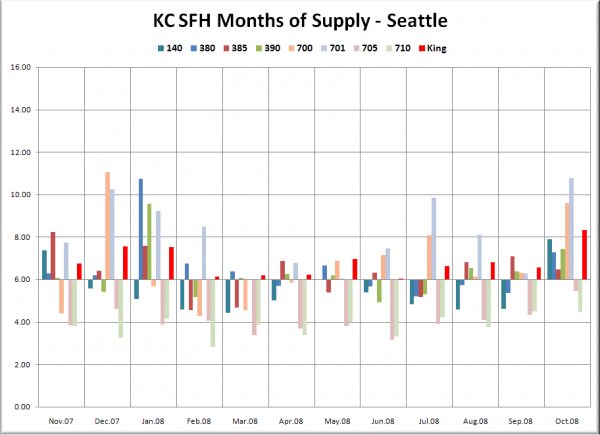 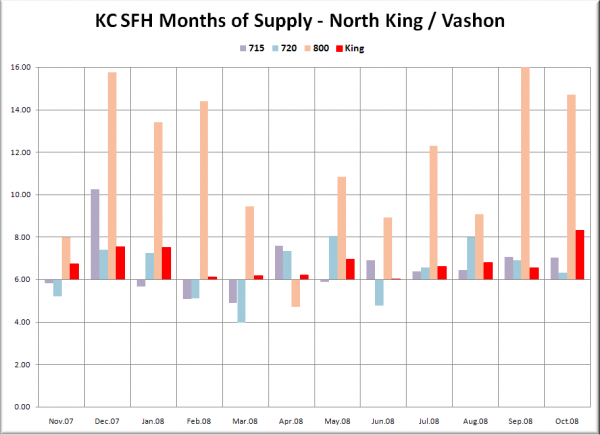 Note: The vertical scale on the Eastside graph was adjusted to fit the multiple areas with 16+ MOS. 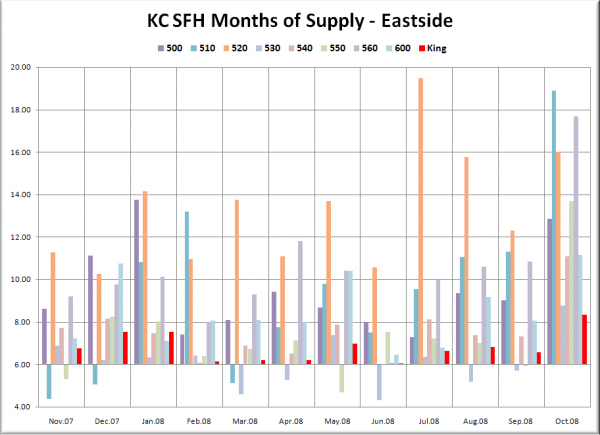 Only three of thirty King County areas were in seller’s market territory in October, ranging from 4.47 MOS in 710 (UW, Wedgewood, Lake City) to 5.94 MOS in 330 (Kent). The city of Seattle was still the region closest to an overall seller’s market, although only two of eight areas came in below 6 MOS.

The cumulative MOS for Seattle proper bumped up from a seller’s market of 5.13 in September to a buyer’s market of 6.74 in October, the first time in the recent slowdown that Seattle proper has been above 6 MOS. The Eastside as a whole shot up month-to-month and year-to-year to a staggering 12.42 MOS.

Only four of thirty neighborhoods trended more toward a seller’s market than a year ago. Ten neighborhoods were above 10 MOS, firmly in buyer’s market territory. I suspect these numbers will only get more dramatic as we head into the slow selling season of winter.