Here’s a new feature that I’ll make monthly if there’s demand for it. Although the NWMLS data is not released until later this week and we usually wait for the detailed foreclosure report until later in the month, certain basic data can be obtained via a simple search of King County Records. 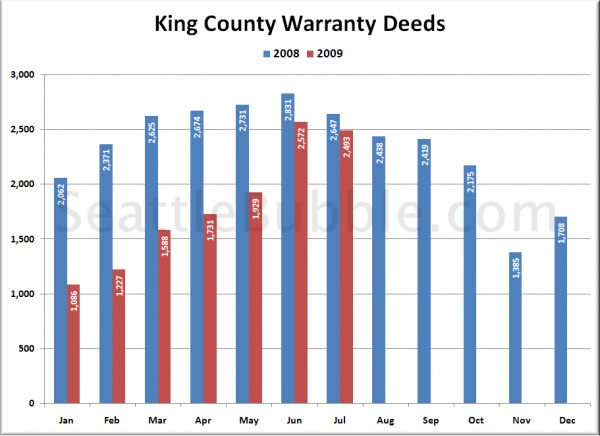 County sales as measured by warranty deeds were down about 6% from last year in July. 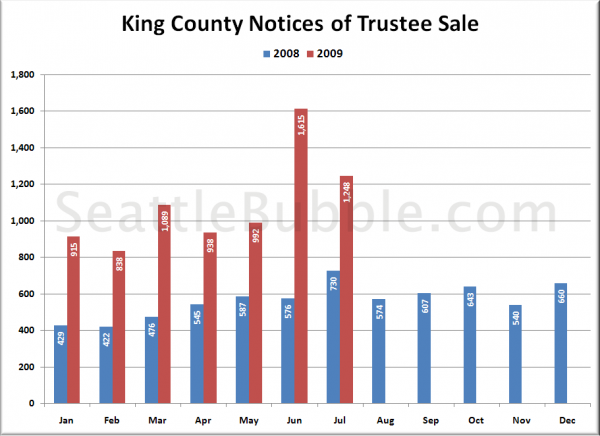 July saw a big decline over June’s surge, but another big year-over-year rise and the second-highest level ever. 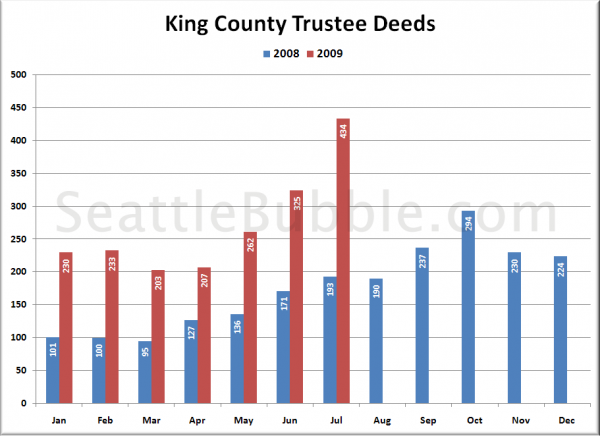 Since trustee deeds will naturally lag notices of trustee sale (which are filed 90 days prior to a scheduled sale), it is no surprise that July set a new record for this type of repossession. 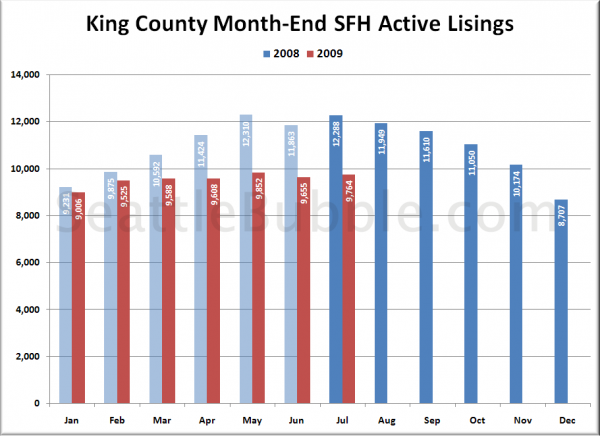 Nothing too surprising here. Looks like there may be a slight increase from last month, but still a considerable decrease from July last year (which was supposedly the first month in which stats were generated under the new definitions).

Overall, I’m still not seeing any strong signs of an imminent recovery in the numbers. Stay tuned later this month a for more detailed look at each of these metrics as the “official” data is released from various sources.