In their latest issue TIME Magazine declares that in many cities, price-to-rent ratios indicate that buying a home has become a better deal than renting for the first time in years… but not yet in Seattle: Is Owning a Home Better Than Renting?

“A year ago, it was a better deal to rent,” says Andres Carbacho-Burgos, an economist at Economy.com “Now you have a significant number of areas, especially those hit the hardest by the correction, where, when you compare prices to rents, you’d be led to believe it’s a good time to buy.” 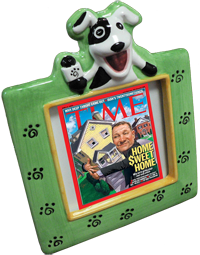 A significant number — but not everywhere. At TIME’s request, Economy.com ran the numbers for 54 metro areas and compared their current price-to-rent ratios to what their ratios have been over the past 15 years. The result: in 21 cities, renting still looks to be the better bargain. Among the renter-friendly outposts are Baltimore; Raleigh and Charlotte, N.C.; Salt Lake City; San Antonio; Trenton, N.J.; Philadelphia; Honolulu; Seattle; and Portland, Ore.

Of course, this is the same publication that published the now-infamous Home $weet Home issue at the height of the bubble in 2005, so it’s probably a good idea to take their advice with a large grain of salt.

That being said, the rent-vs-home-price analysis is a generally sound concept, and our latest update on this metric does show the ratio 19% above its 1990-2001 average. Unless there is some reason that Seattle is a considerably more desirable place to live than it was in 2001, Seattle home prices probably do still have a ways yet to fall.