With September in the bag, let’s have a look at the monthly stats preview. Most of the charts below are based on broad county-wide data that is available through a simple search of King County Records. If you have additional stats you’d like to see in the “preview,” drop a line in the comments and I’ll see what I can do.

Here’s your preview of September’s foreclosure and home sale stats: 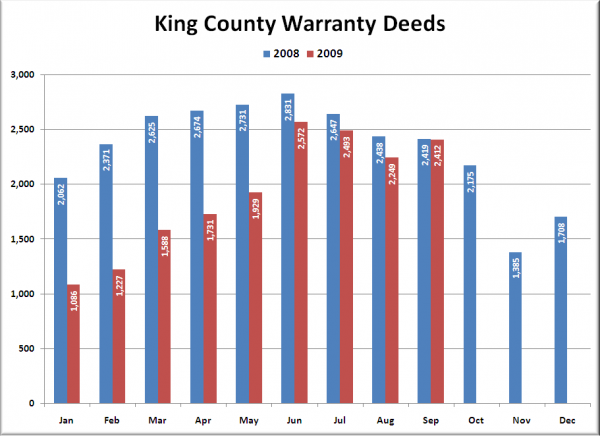 County sales as measured by warranty deeds were down just slightly (0.3%) from last year in September, and actually increased month-to-month, up 7% from August. I would not be surprised to see September through November sales make a stronger showing than is usual for this time of year, with the impending expiration of the $8,000 free money giveaway pushing people who are bad at math to make a rush decision on a highly leveraged purchase. 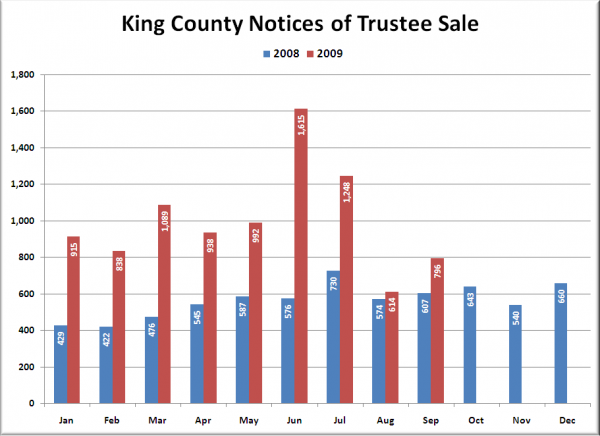 September was the second-lowest month this year, but still came in higher than any month in 2008. I suspect this number will continue to rise back up to around the 1,000 mark. 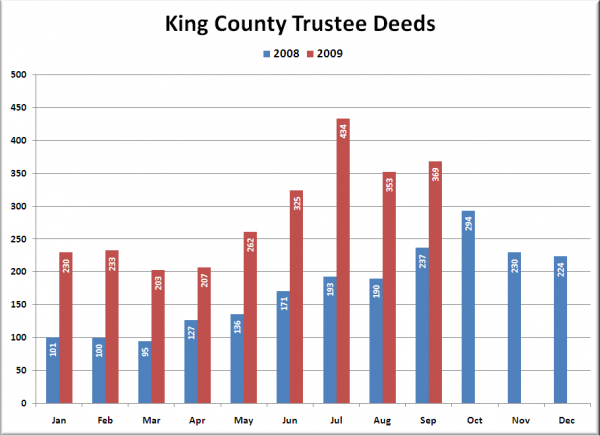 Second-highest month on record, despite the various changes to the foreclosure process legislated earlier this year here in Washington. 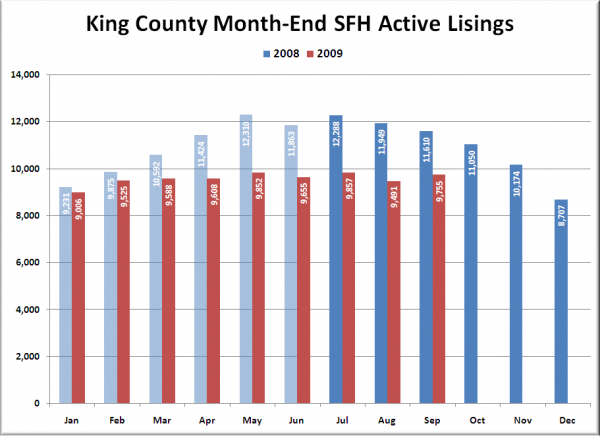 If our tracker is close to the official numbers, inventory may actually increase slightly from August, but will still be down about 12% from last year’s level.

I don’t know about you, but there’s still nothing in these numbers that screams (or even really whispers) “imminent recovery” to me. Stay tuned later this month a for more detailed look at each of these metrics as the “official” data is released from various sources.