Here’s another installment of “quick look,” a series of posts in which I present a fresh set of charts for some recent data with minimal commentary.

Today’s theme is King County SFH October stats in bar charts compared to each October since 2000. 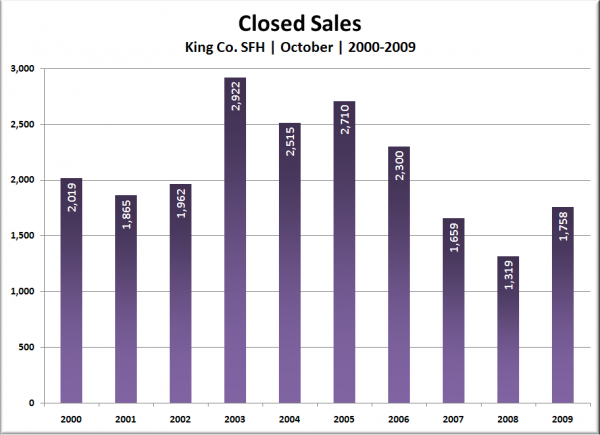 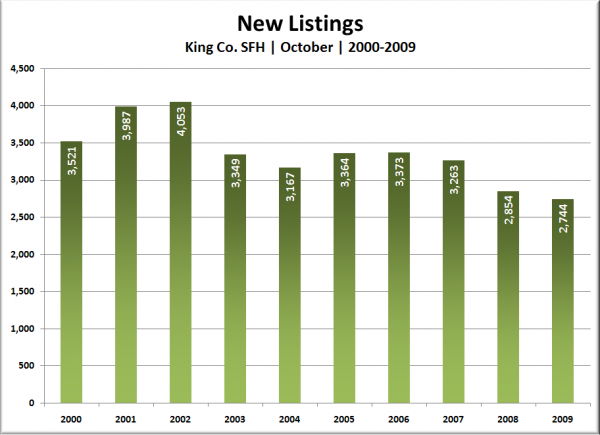 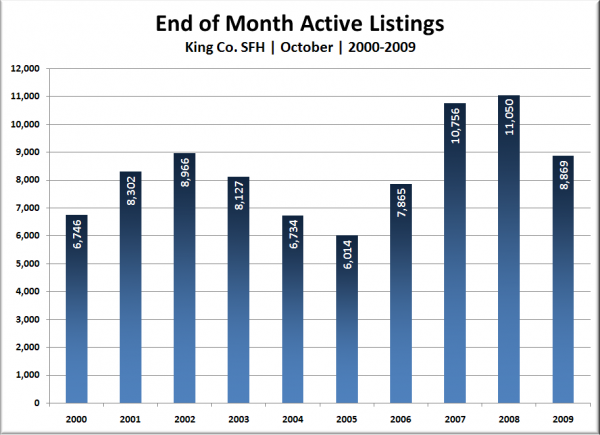 Note that the definition of “Active Listings” was revised in July 2008 to exclude certain listings. 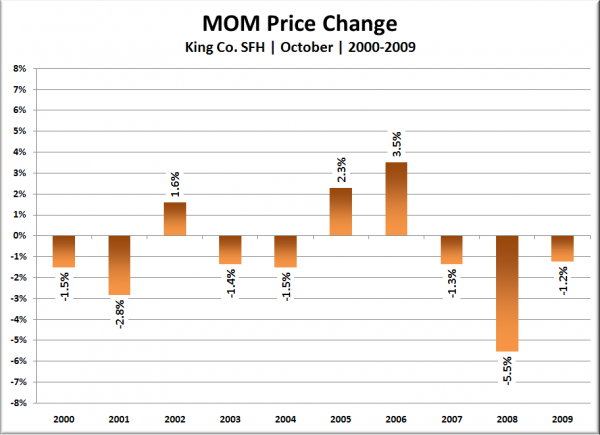 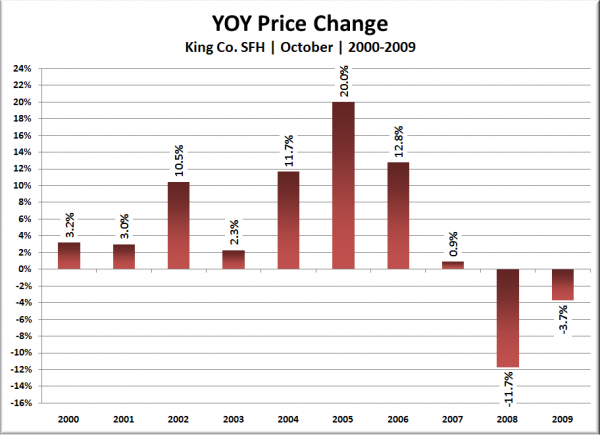