Calculated Risk’s Unofficial Problem Bank List continues to increase in size, with the latest update including 576 banks across the country. This update added four more Washington State banks to the list: American Marine Bank in Bainbridge Island, Pierce Commercial Bank in Tacoma, The Bank of Washington in Lynnwood, and Viking Bank in Seattle. The addition of these banks and the failure of Horizon Bank in Bellingham brings Washington State’s total number of “problem banks” up to 26 out of 95 total banks.

Here’s an update of our problem bank map: 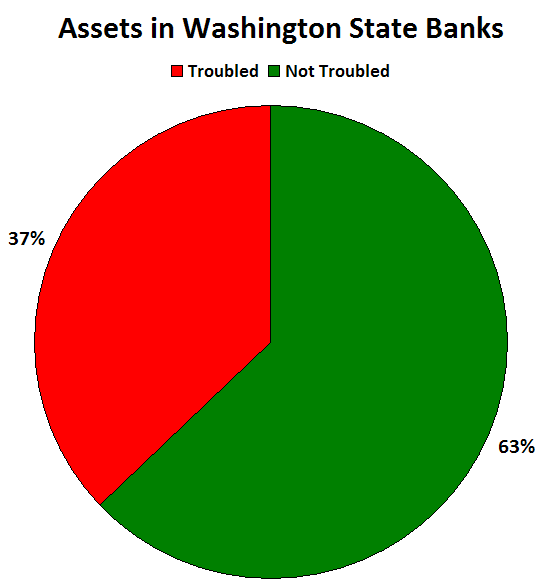 Washington’s troubled banks make up 37% of the total banking industry in the state, when measured by assets. Washington State also still retains its #1 title for the most assets in problem banks of any state in the country.