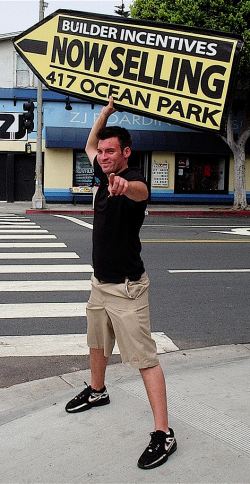 “This market is proving to be challenging, but not for the reasons you might think,” said OB Jacobi, president of Windermere Real Estate Co. He pointed out interest rates are low, affordability is high, and confidence in the housing market is improving. “These are all good things, but the result is an influx of motivated buyers in a market where inventory levels have not yet caught up to the demand.” Jacobi, a member of the Northwest MLS board of directors, said one consequence is “stiff competition for move-in ready homes that are priced right, especially in neighborhoods close to Seattle.”

“In Central Puget Sound, 90 percent of sales activity is taking place in the more affordable and mid-price ranges, where the inventory level of homes for sale is low to healthy,” said J. Lennox Scott, chairman and CEO of John L. Scott Real Estate. “Historical low interest rates combined with lower adjusted prices are attracting home buyers and investors at a healthy sales activity level,” he observed.
…
“Historically, low inventory at these levels has led to stable or slight increases in home valuations,” said Northwest MLS director Joe Spencer, COO and president of John L. Scott Real Estate. “It’s too early to tell,” he added, “because there are a lot of crosscurrents in the economy, but it’s encouraging seeing positive trends in sales activity and listing inventory.”

That is some unexpected restraint on display by Joe Spencer. You can tell he really, really wanted to call the bottom there, but he managed to hold off, at least this month. I also have to say that I’m a bit surprised by Mr. Scott’s claim that we’re seeing a “healthly sales activity level.” Again, sales are lower than they have been any other years except for 2008 and 2010, and about 20% lower than where they were in the midst of the dot-com bust. I’m not exactly sure how that qualifies as “healthy,” especially to someone in the business of selling homes.

Buyers closed on 37 percent more houses in King County in September than in the same month last year, according to statistics released Wednesday by the Northwest Multiple Listing Service.

But the year-over-year surge may reflect past weakness as much as current strength.

Sales volumes plummeted in mid-2010 — and didn’t recover for several months — after homebuyer tax credits that were part of the Obama administration’s economic-stimulus package expired.

Fewer houses sold in King County last September than in any September since at least 2004.
…
Will prices rise anytime soon? The real-estate industry is facing some head winds “that are causing angst in the buying public,” Gardner said. Those head winds include new restrictions on “jumbo” mortgages, proposals to require higher down payments for nonconforming loans and talk of eliminating the mortgage-interest tax deduction.

But the stability in median prices since spring is a positive sign, Gardner said, and he doesn’t expect another big drop anytime soon.

Of course, Matthew Gardner also expected that home price appreciation would return in 2010… Overall, another great piece by Eric that highlights what’s really going on in the market.

Pending sales, which may not close but are the best indication of the most-recent activity, were up 24.3 percent in King County and 9.8 percent in Seattle from September 2010.

While not bad, these were down from jumps of about 34 and 28 percent in August and were the lowest increases since April, which was the last month that this year’s sales were compared with months last year when a homebuyer tax credit boosted sales. In fact, what the new totals may show is the wearing off of year-to-year gains boosted by a hangover after the tax credit went away last year.

That’s about the extent of the original content in this month’s P-I article, as the rest seems to be more or less a rehash of the NWMLS press release. I guess Aubrey was a bit busy with other projects this month.

Home sales in Snohomish County rose 36 percent in September, showing an increase from a year ago for the second straight month, the Northwest Multiple Listing Service reported Wednesday.

There were 837 homes sold last month, compared to 615 in September of 2010. Sales were slow last fall because many of last years purchases were in the spring to take advantage of federal tax breaks offered to home buyers.

Not much meat here, either.

Homeowners hoping to get some good news about home prices didn’t get the answer they wanted in September as median prices fell 12.94 percent to $191,750 from $220,250 in September 2010, the combined single-family residence and condominium data show.

I think what he meant to say was “home buyers hoping to get some good news about home pricees got exactly what they wanted in September as homes became even more affordable, giving up the unsupportable gains of the bubble years.”

Thurston County home sales were flat in September, the fifth consecutive month in which year-over-year home sales have barely budged, according to data released today by the Northwest Multiple Listing Service.

Super short blurb in the Olympian this month, with a promise of “more on this story” in “Thursday’s Olympian,” but so far nothing more has shown up on the website. Perhaps only the print readers get the goods now.