As we wrap up our 2011 coverage, let’s have an early look at December’s stats. Most of the charts below are based on broad county-wide data that is available through a simple search of King County and Snohomish County public records. If you have additional stats you’d like to see in the preview, drop a line in the comments and I’ll see what I can do. 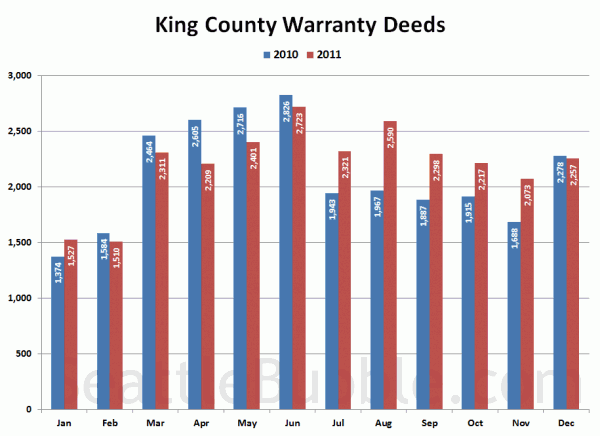 Similar November to December bump as last year, though not as dramatic. Notice that for the first time since June, 2011’s sales came in below 2010. It will be interesting to see if the NWMLS stats line up with that. 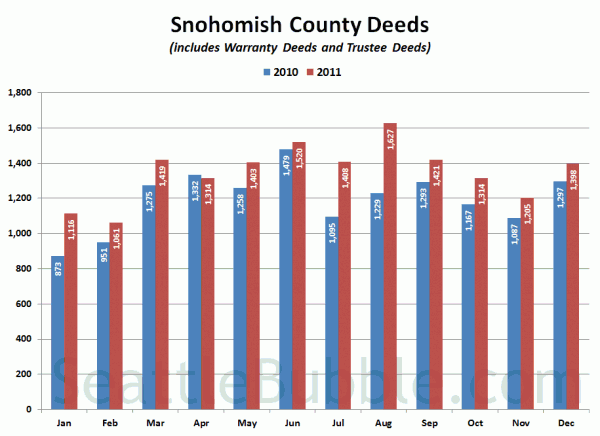 Snohomish still came in above 2010, though not by as much as previous months. Since this data includes foreclosure deeds, it’s hard to say if this is indication of strength in regular sales. 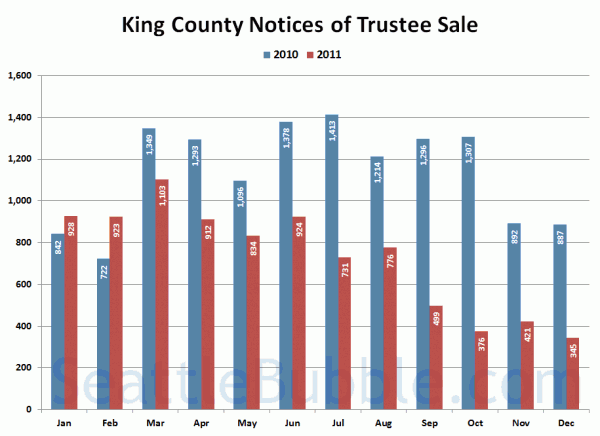 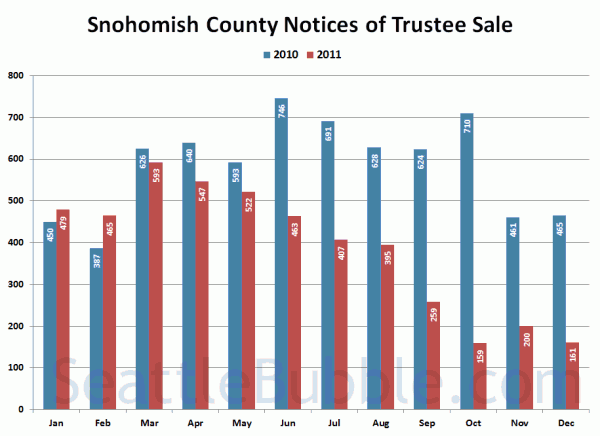 Same basic story we’ve seen throughout the second half of the year. Still low, probably still being depressed by state legislation from earlier 2011. 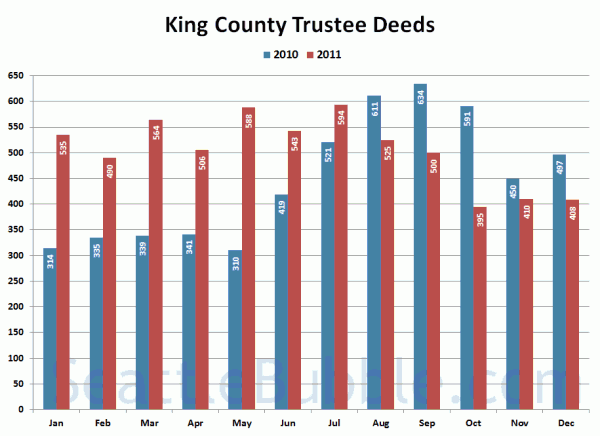 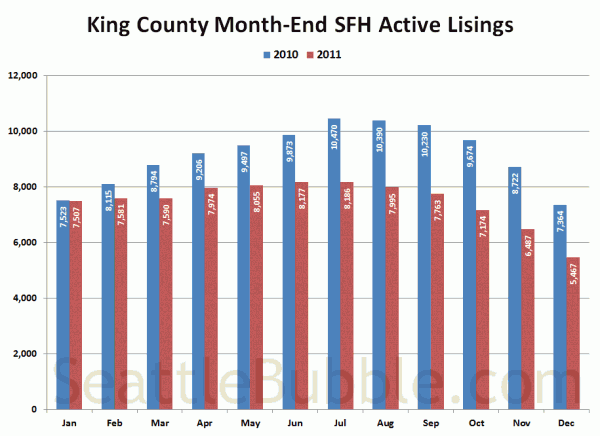 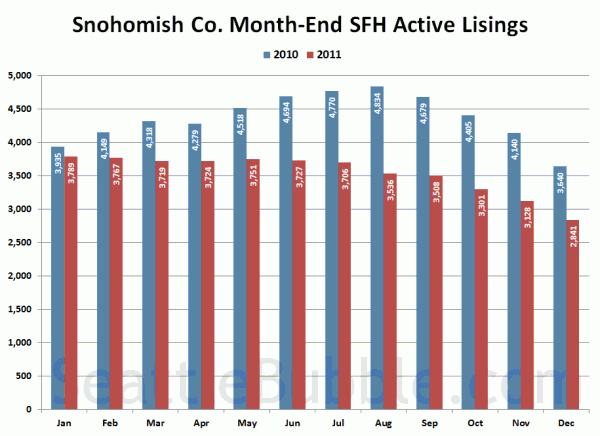 December was the lowest point in over four years (since before the NWMLS changed their definition of “active listing”) for both King and Snohomish County. Here’s hoping we start to see some uptick in selection in 2012.