By request of ChrisM and Alex, I ran the commission numbers I posted Friday through an inflation-adjustment. The chart below plots the total yearly commissions on single-family home sales in King County in 2011 dollars, adjusted based on the Bureau of Labor Statistics Consumer Price Index for the Seattle area (series CUURA423SA0). 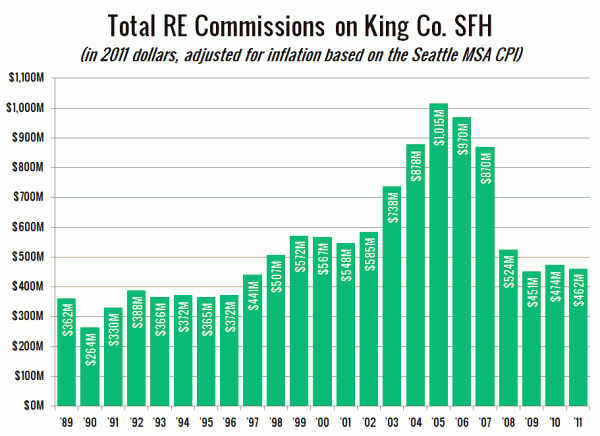 After you adjust for inflation, commissions in recent years are down 55% from the 2005 peak and lower than they have been since 1998. However, they are still up 24% from the average amount of potential commissions collected through the pre-boom years of 1992-1996.

Update:
Sure, wait until I post this to make an additional request that I adjust for inflation and population. Here you go! 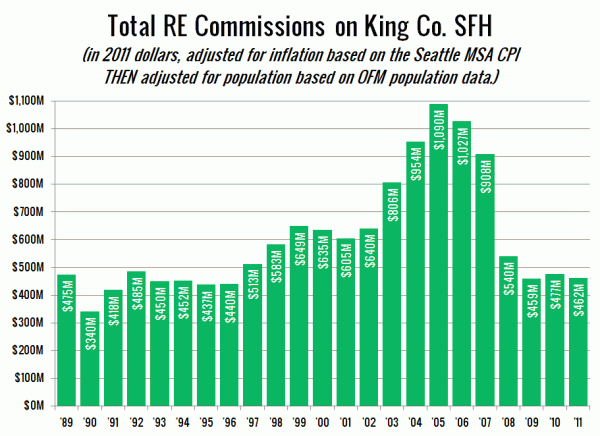