Last year prices fell 2.0% from November to December and year-over-year prices were down 6.0%.

Still nothing too surprising here. Some improvement compared to a year ago, but still definitely seeing the seasonal decline.

Only Detroit saw a year-over-year gain in the latest update. DC had been showing gains, but they seem to have corrected their data, and now DC is in the red. In December, Miami joined Phoenix with a month-to-month increase, while everyone else fell. 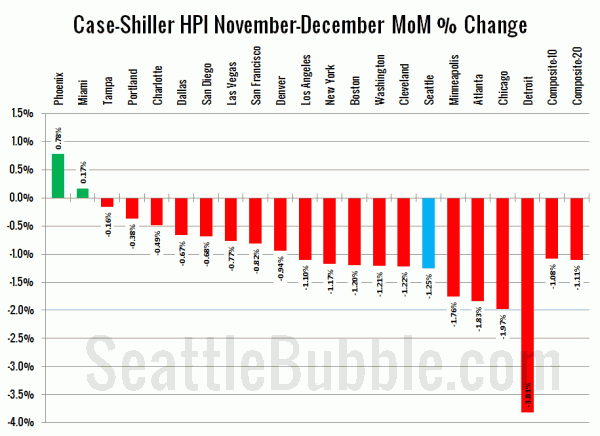 Seattle came in near the bottom of the stack in month to month losses, while Detroit passed Chicago and Atlanta for the biggest loss.

Just three cities were falling faster than Seattle as of December: Chicago, Las Vegas, and Atlanta (where prices fell 12.8%!). 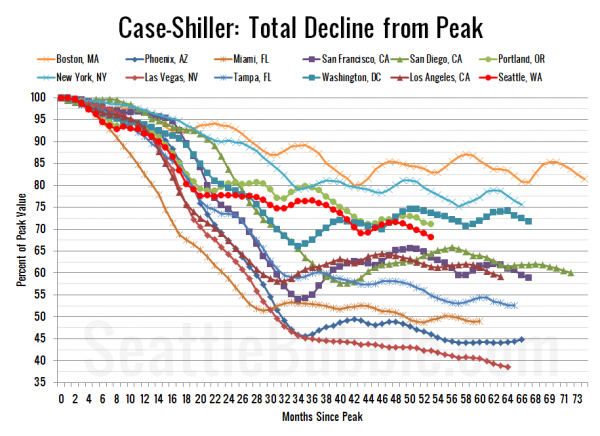 In the fifty-three months since the price peak in Seattle prices have declined 31.9%, another new post-peak low.

In closing, here’s a chart you might recall from past posts, showing just how far back Seattle’s home prices have “rewound.” So far: May 2004. 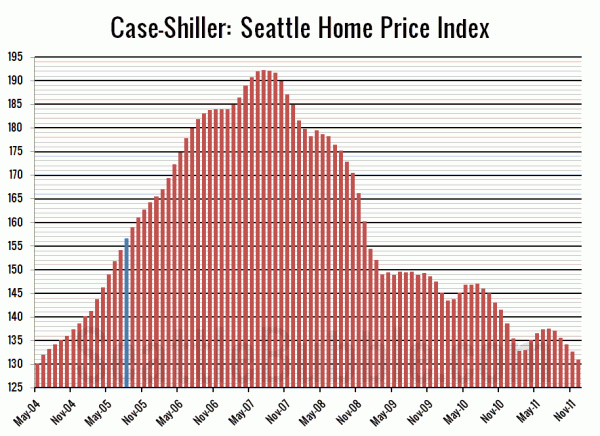