It’s been a few months since we last checked in on Seattle’s employment stats, so let’s update our employment charts again. 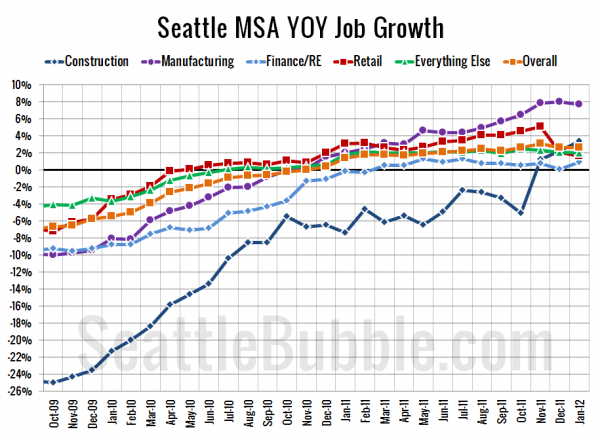 For the first time since 2005, every sector we track is in the black year over year. The bleeding has finally stopped. 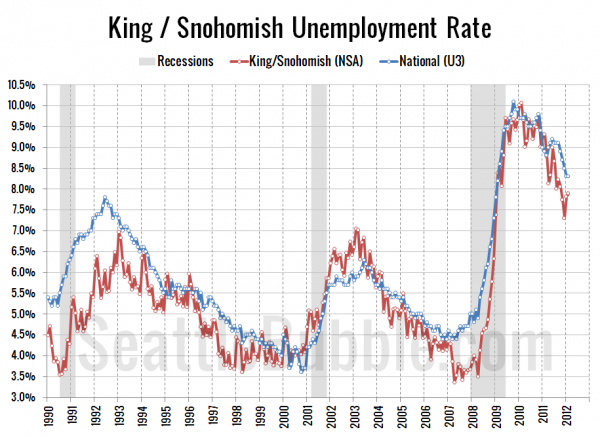 Down significantly since the end of the recession, but still at a point higher than any time between 1990 and 2009. The bleeding has stopped, but it’s difficult to say we’re really in a real “recovery” just yet, in my opinion.