It’s been about a quarter of a year since we last checked in on the Seattle-area’s price to rent ratio, so I thought I’d share an update of those charts. 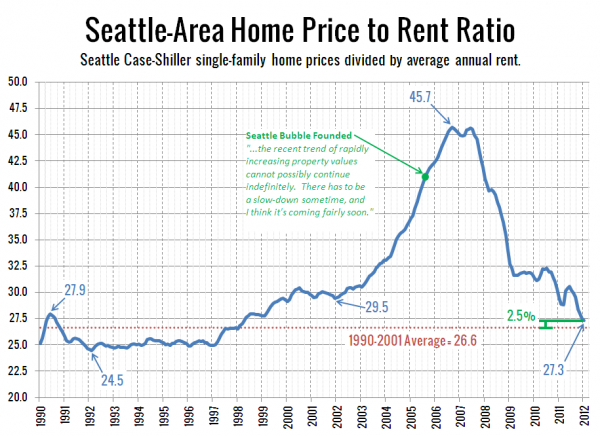 Here’s a different look at the same data, with prices and rents split up and each series indexed to January 1990 = 100 so you can see how each has been moving independently: 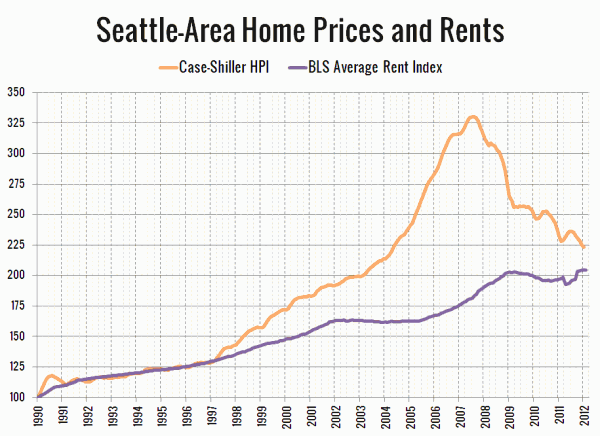