From a NWMLS talking points memo that was circulated in June 2006:

…the forecasts for housing price growth are calling for booming values in the state of Washington. For the June issue of MONEY Magazine, Fiserv Lending Solutions and Moody’s Economy.com provided forecasts for the coming 12 months for 380 metro areas – they predict that five of the top 10 fastest growers will be in Washington.

…Much of the appreciation in housing is attributed to above average job and population growth and limited supply of housing.

Meanwhile, around the same time, our state’s Chief Economist ChangMook Sohn was sounding the alarm with a more realistic outlook: 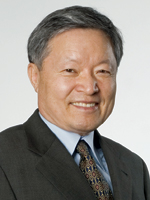 However, people are spending more money than they’re making, which Sohn finds worrisome because it can’t continue indefinitely. Consumers appear to be cashing out some of the value of their homes to fuel their spending, he said.

…revenue officials raised warning flags, predicting that a slowdown in the construction industry will drag down the state’s economic expansion before long.
…
The state’s sizzling construction and housing sector is ripe for a major correction and other factors could hammer the state and national economies in the next few years, said ChangMook Sohn, the state’s chief economist.

His biggest concern is that the state’s recent economic and revenue expansion has been heavily dependent on a single sector of the economy, the construction and housing industry.

That sector accounts for about 7 percent of the overall state jobs, but the construction and housing surge in recent years has accounted for 20 percent of the job growth, he said.

That’s not sustainable and the number will surely drop back to more usual numbers, he said.

Too bad neither lawmakers nor pretty much anyone else bothered listening to Mr. Sohn. Even worse, he gave up his job as Chief Economist to run for State Treasurer in 2008, but lost in the primary.

Thanks to homebuyers’ and lawmakers’ choice to accept the home salesmen’s fantasy version of reality instead of Mr. Sohn’s sound advice, the rest of us get to deal with years of state budget shortfalls and a sagging economy. Thanks, real estate agents!