It’s been two years since we last took a look at the local housing oversupply. This week the Washington State Office of Financial Management released their 2012 population and housing supply estimates, so let’s update those charts. 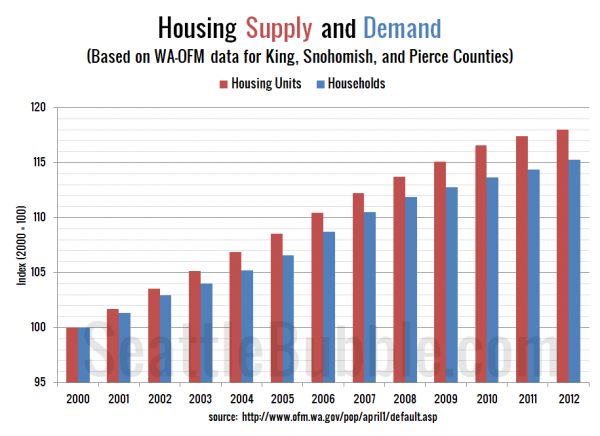 Here’s a look at the total number of households and housing units added in each county since 2000: 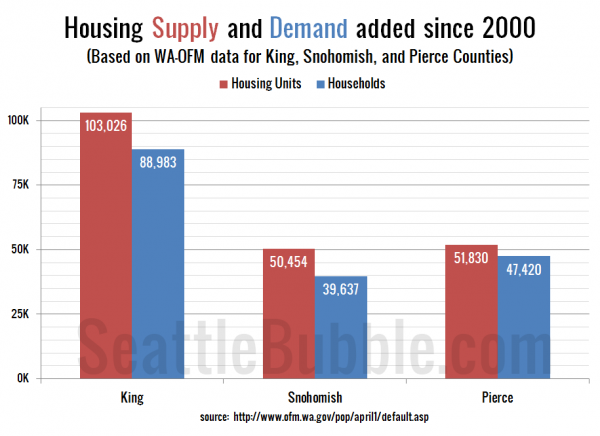 Here’s a look at the raw number of housing units and households added to the region each year: 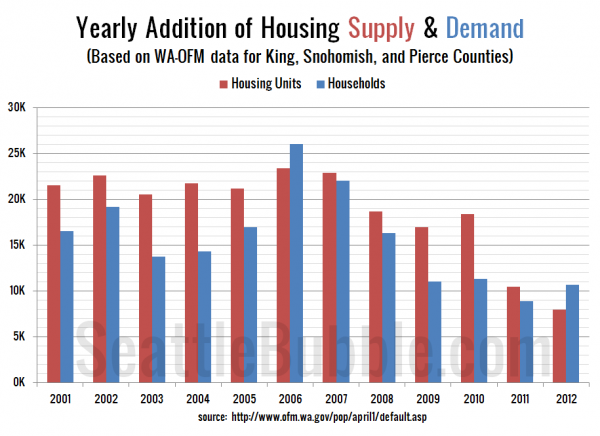 2006 slightly beat out 2012, eating into the oversupply to the tune of 2,708 more households than housing units.

Here’s another look at the numbers, in terms of housing occupancy. 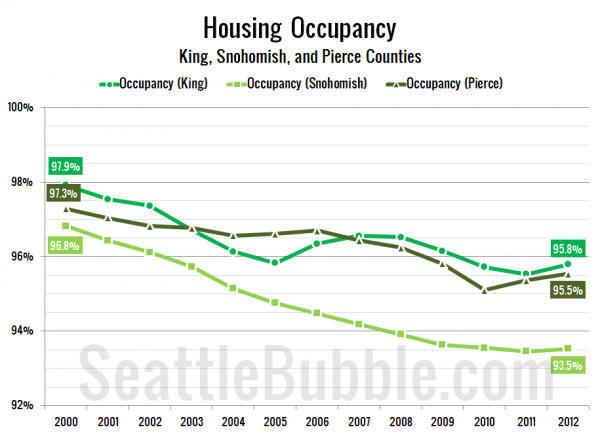 All three counties have seen occupancy rates increase off their bottoms in 2012, but are still quite a bit below where they were in 2000.

Of course, all counties are not created equal. Hit the jump for the individual supply and demand breakdowns for King, Snohomish, and Pierce Counties.

Here’s the year-by-year breakdown for King: 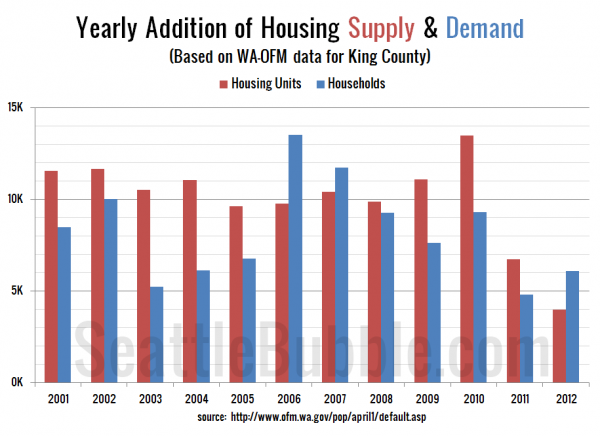 Here’s the year-by-year for Snohomish: 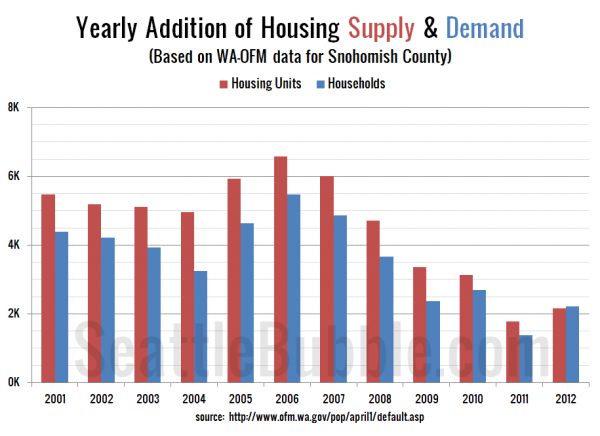 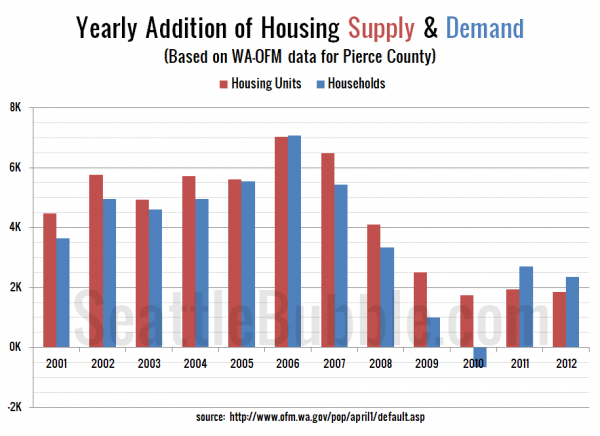