Wow, how could I forget this gem from November 2007? National Association of Realtors “Chief Economist” Lawrence Yun: Seattle a "superstar" market 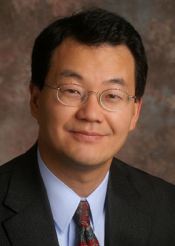 Seattle is becoming a “superstar” market, where housing costs may never settle back into historical relationships to incomes, a national analyst declared on Tuesday.

“If anything, middle America appears to be under priced,” he said.
…
But it’s also possible that some [coastal cities] are joining the ranks of international cities like London, Paris, San Francisco and New York, where costs are less tied to incomes, he said. “Now I’m beginning to think: Miami, Seattle, are they becoming superstar markets?”

Lawrence Yun has since moved on to a successful career as a stand-up comedian. Wait, nope. He’s still the NAR’s primary mouthpiece, despite having been completely and thoroughly discredited.

Flashing an image of stampeding horses, Yun said: “It’s just a question of unleashing this pent up demand to the market.”

Yun predicted prices would remain essentially flat in 2008, while sales would increase slightly.

“We are hitting low right now,” he said.

Just a few months after these claims, he was at it again in February 2008: Economist: Seattle-area home prices manageable for typical workers

Seattle-area home prices are manageable for typical workers, according to the chief economist for the National Association of Realtors.

We took on both of these pieces when they were published. You can read Deejayoh’s response to the November 2007 nonsense or my reaction to the February 2008 malarkey.