[MLS director Darin] Stenvers, the office managing broker at John L. Scott, Inc., in Bellingham, said the ingredients are in place for “a perfect buying season,” citing rapid absorption of inventory and well-priced homes as two factors. How long such conditions will last is “the $64,000 question,” he stated, noting pent-up demand in some areas has buyers feeling the pressure to move quickly to get their offers accepted.
… 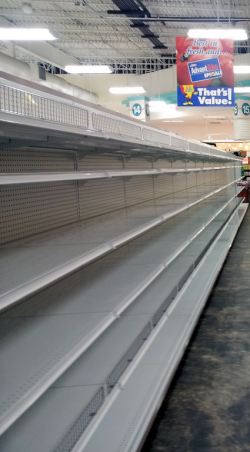 Despite brisk activity, Stenvers noted foreclosures and owners who are delinquent on mortgage payments remain a concern. The number of owners nationwide who are 90 days or more late in making payments is again on the rise, a situation that will continue to affect foreclosure rates, he explained.

“The lack of foreclosed homes not coming on the market has successfully stabilized prices but also created a lack of homes for buyers to buy,” Stenvers stated.

Buyers are also weighing the pros and cons of renting or buying. “The rent versus buy conundrum is still the biggest obstacle facing buyers today,” Stenvers reported.

Wow I don’t know why NWMLS hasn’t gone to this Stenvers fellow for quotes before. He’s a gold mine. According to Mr. Stenvers, record-low inventories could be considered to be the setup for “a perfect buying season.” I also really liked “the lack of foreclosed homes not coming on the market…” double negative for the win.

…2012 so far has been the best year for sales volume since the real-estate bust in 2008. Buyers are looking again, lured back to the market by record-low mortgage interest rates, rising rents and home prices that appear to have stabilized.

But the bust still is exerting some influence. Experts blame the lack of inventory in part on homeowners who bought just before the peak in summer 2007 and now can’t afford to sell. They owe lenders more than their homes are worth.
…
In downtown Seattle and Belltown condos, however, the median price rose nearly 19 percent, to $409,000.

When distressed sales are excluded, the median price of condos sold downtown over the past three months is actually higher than it was during the same period in 2007 — before the crash, according to data compiled by brokerage Realogics Sotheby’s International Realty.

Hmm, interesting claim from Realogics Sotheby’s. I’ll have to dig into that to see if I can confirm.

The story remained the same in King County’s real estate market last month: prices and sales rose from last year, while the supply continued to be down.

While increasing sales are a big factor in driving down inventory, another issue is that rising prices don’t seem to be enticing more people to list their homes for sale. In fact, new King County listings were down 2.7 percent in September from a year earlier.

It may be that prices still haven’t risen enough for people to sell for more than they paid during the bubble years. Another possibility is that people have decided to sell, but need time to prepare their homes.

Probably more the first than the second.

Snohomish County home sales and median sale prices showed another year-over-year increase in September, while the number of listed homes and condominiums shrank by nearly half.

The imbalance between supply and demand is “wreaking havoc” with some buyers and sellers, said Northwest MLS director George Moorhead, branch manager at Bentley Properties in Bothell. Some sellers are lamenting “missed opportunities,” but he thinks positive momentum will continue with a combination of tight inventory, record-low interest rates and changing views on home ownership.

“We are seeing clients’ views change from a home being a short-term investment vehicle to being a place where we raise and teach our families,” Moorhead said in a news release.

Nothing much more in this article than what’s in the NWMLS press release, unfortunately.

I couldn’t find a story this month in the Tacoma News Tribune. If something pops up I might come back and update this post.

In Pierce County the numbers were up 4.6 percent, according to new figures from the NMLS (sic).

Looks like we only get to read the short blurb version of the article online this month. The Olympian publishes a more in-depth story, but apparently only in print.