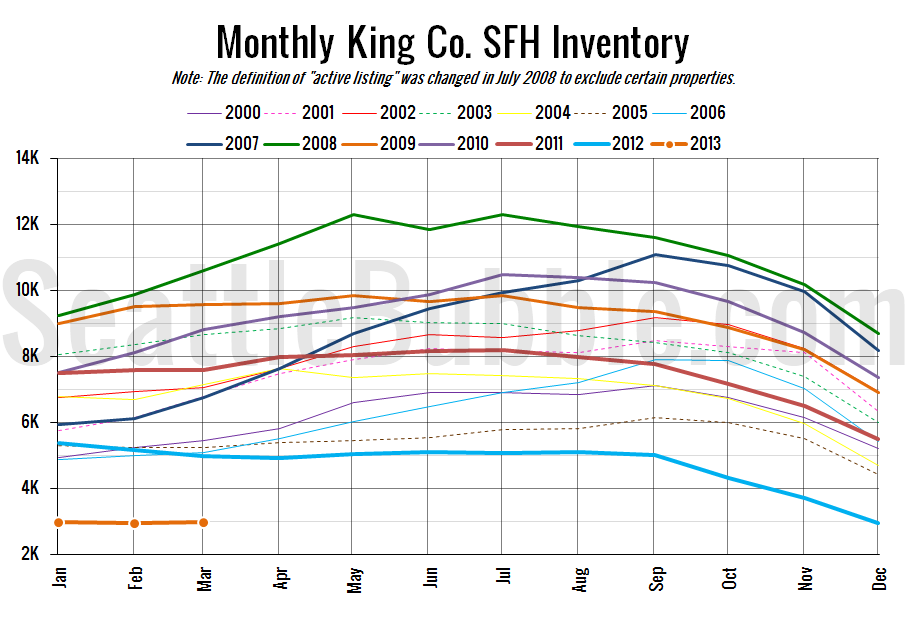 March market stats were published by the NWMLS this morning. Here’s a snippet from their press release: Prices "spiking" as home buyers compete for scarce inventory.

“The recovery continues on a slow and steady pace in most areas and surging hard in others,” concluded Darin Stenvers, vice chair of the MLS board.

I think it’s a mischaracterization to say that prices are “spiking.” I get into the reasons for this a little more below. I’m also having a hard time rectifying the “spiking” headline with the “slow and steady” comment from Mr. Stenvers. Whatever.

For the third month in a row now, we’re looking at the lowest months of supply has ever been as far back as my data goes (January 2000). The number of listings on the market at the end of the month was barely higher than the number of pending sales. Remember thoug that the NWMLS changed the definition of “active listing” in July 2008, so months of supply before and after that point aren’t really directly comparable, and closed sales still aren’t coming anywhere near pending sales, but barely over one month of supply is still pretty abysmal. 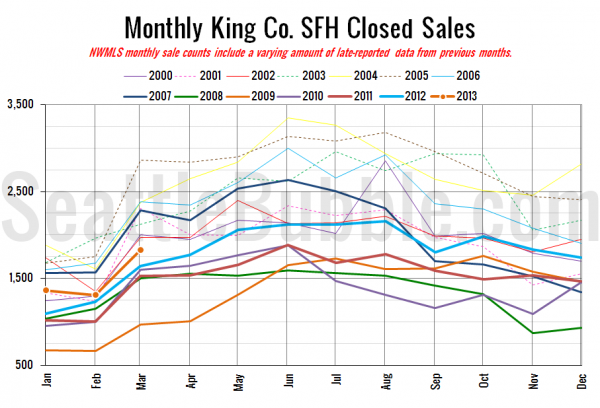 Same basic pattern as every year, with sales surging between February and March. 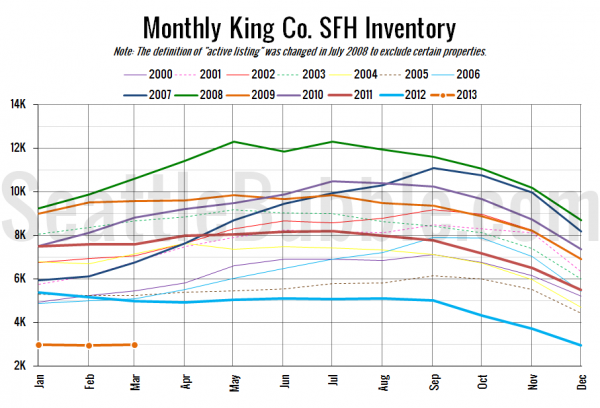 Inventory inched up, but remains at record lows. 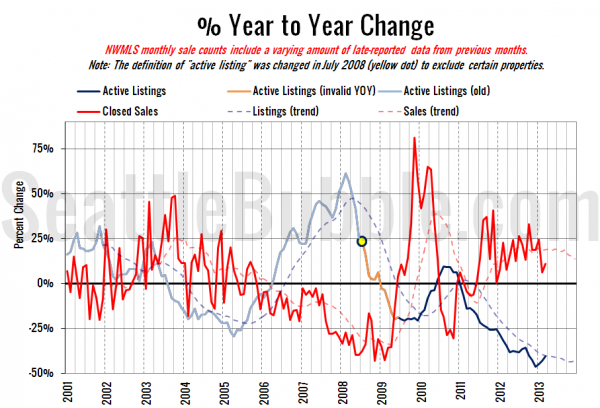 The listings curve is moving closer to zero (flat year-over-year), but the sales curve turned back up again in March. 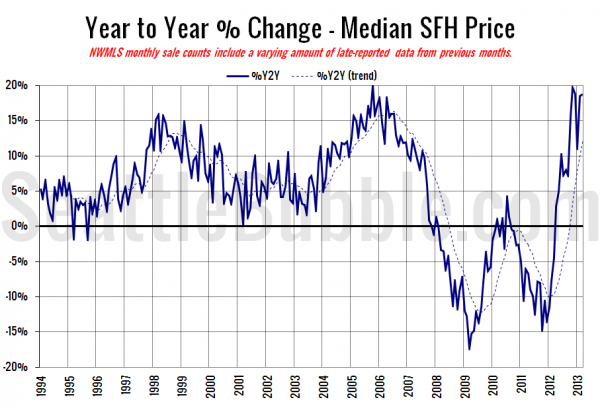 More or less the same as last month at a nearly 20% year-over-year gain. Remember that this large of a jump is mostly due to a decrease in distressed sales (short sales, bank-owned) and a geographic shift toward the more expensive parts of the county. 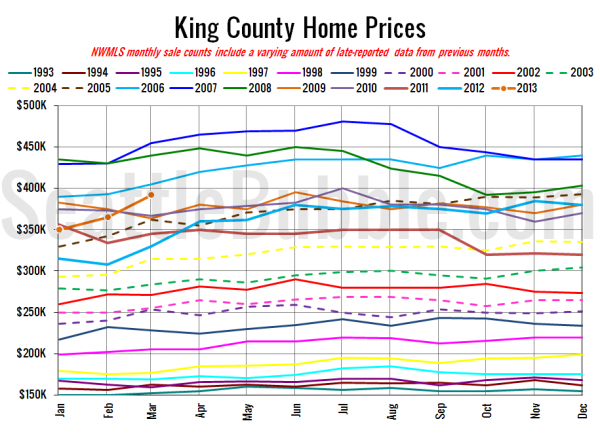 So far I haven’t seen any articles from the Times and P-I, but I’ll update this post later if they show up.