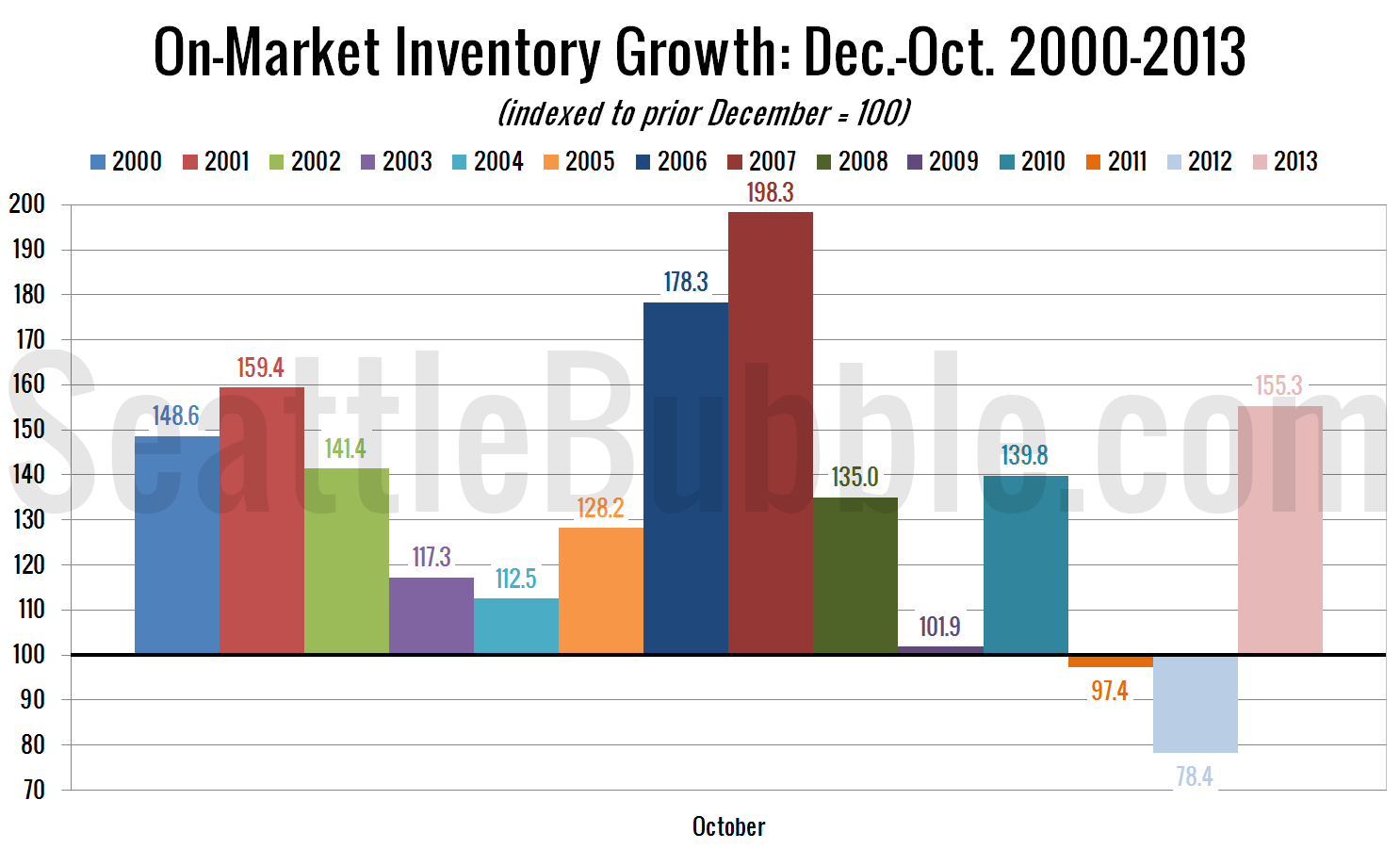 Let’s have a look at how listings are doing over the last few months.

First up, here’s a view of how inventory has grown so far this year: 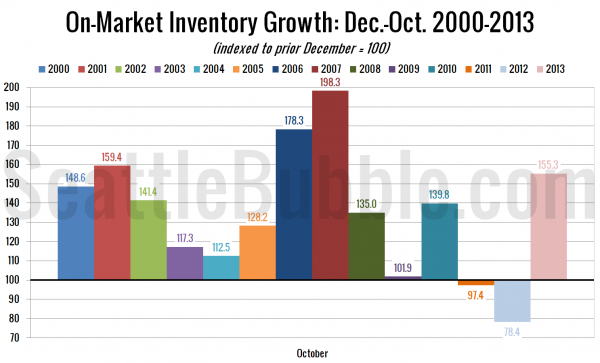 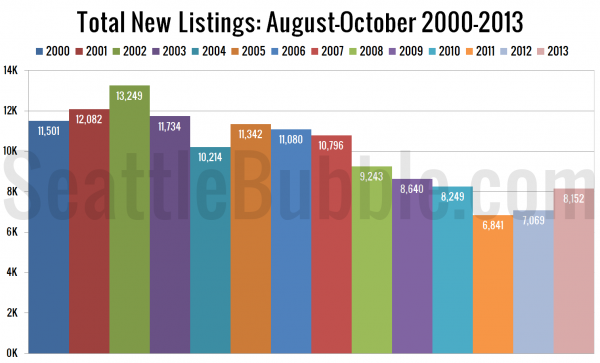 August through October 2013 saw more new listings than the same period in 2012 and 2011. Unfortunately for buyers this measure is getting slightly worse, as just two months ago we were also beating 2010 and 2009. 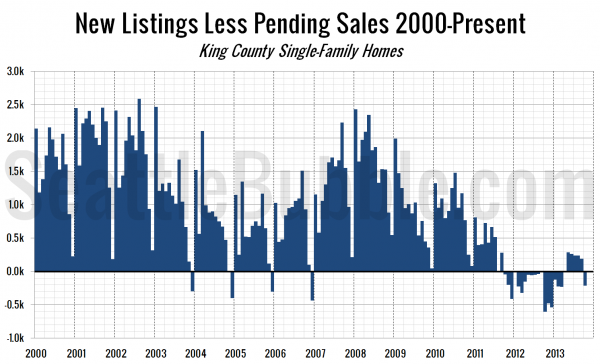 In October this flipped back into negative territory, where it will most likely stay through the end of the year, given the typical seasonal patterns. 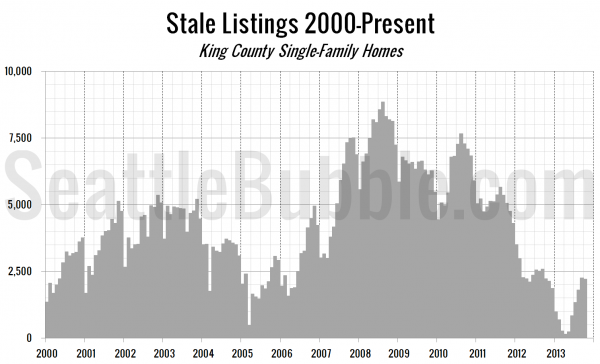 Stale listings in October were pretty much on par with where they were in September.

Listings typically decrease fairly dramatically during the last few months of the year, and this year is not likely to be an exception. However, given the shift we saw beginning around May, with decreasing inventory finally turning into increasing inventory, it seems likely that next year will shape up with a much more substantial gain in listings.