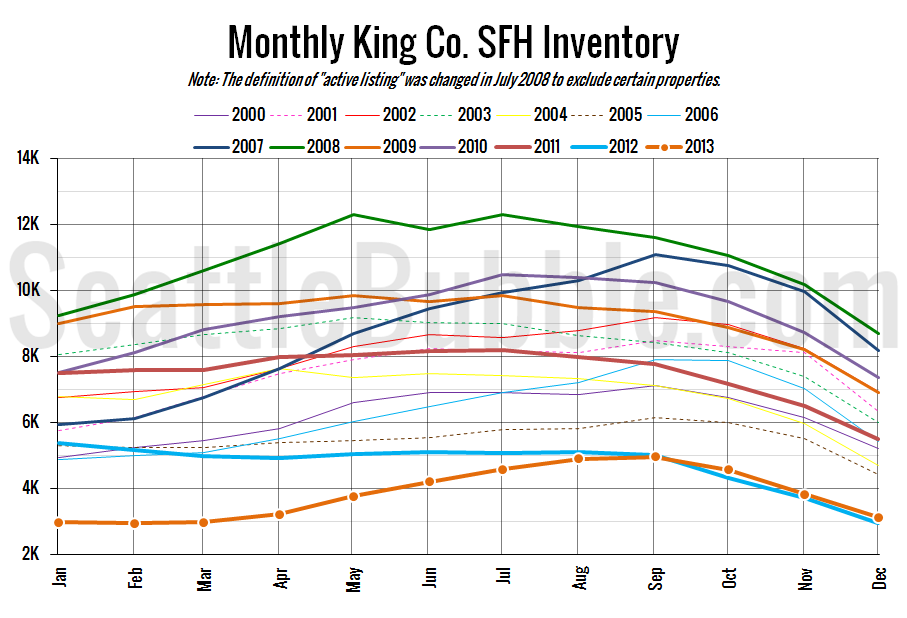 December market stats were published by the NWMLS this afternoon. Here’s a snippet from their press release: Year-end gains in inventory, sales, prices.

Brokers with Northwest Multiple Listing Service ended 2013 with the best year-over-year improvement in inventory (up 8.4 percent) and a similar gain in closed sales to buoy confidence heading into the new year. December’s pending sales slipped slightly (down about 1.7 percent) compared to the same month a year ago.

Reacting to the vote, MLS board member John Deely said, “The robust and diverse economy of the Pacific Northwest is solidified by Boeing’s continued presence in the Seattle area.” Deely, the principal managing broker at Coldwell Banker Bain in Seattle, said the vote helps secure the region’s position as “the aerospace epicenter of the world with top-notch manufacturing jobs that support the industry.”

Boeing workers and others hoping to buy a home have a bigger selection of homes to consider than house-hunters who were looking twelve months ago – especially in Snohomish County, where the number of active listings is up 43.6 percent.

Wow, way to stay classy, NWMLS. Shamelessly attempting to capitalize on the Boeing news was the best you could come up with this month? Yikes. I suppose it’s (slightly) less pitiful than the car salesmen that lurked just onshore last month in Everett waiting to capture freshly-docked Navy “leads.”

The only indicators that isn’t pointing in buyers’ favor is now prices. Inventory, sales, months of supply, and the rest are now all trending toward a buyer’s market. 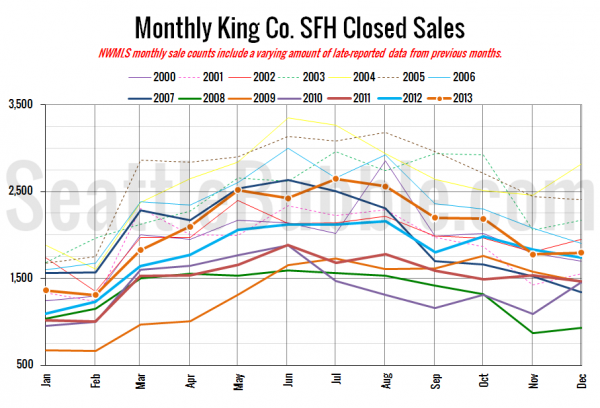 Closed sales have increased between November and December in 12 of the last 21 years, including this year’s 1.1% increase. The average increase over that period is 8 percent. 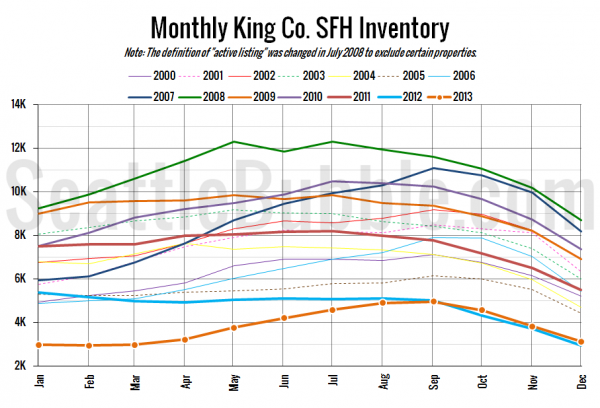 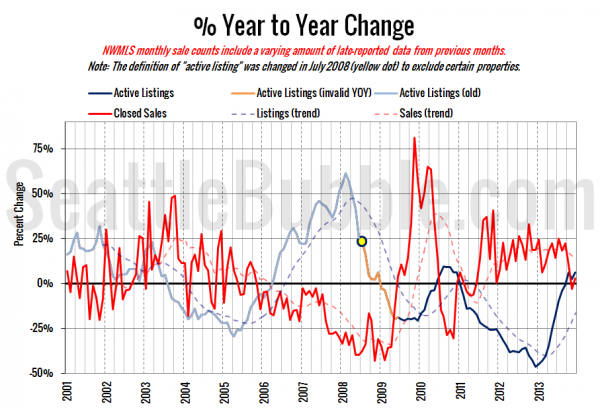 The supply trend stayed in the black, while the demand trend inched back into black. I would be surprised if demand stays year-over-year positive in January given that pending sales have been negative for three months in a row. 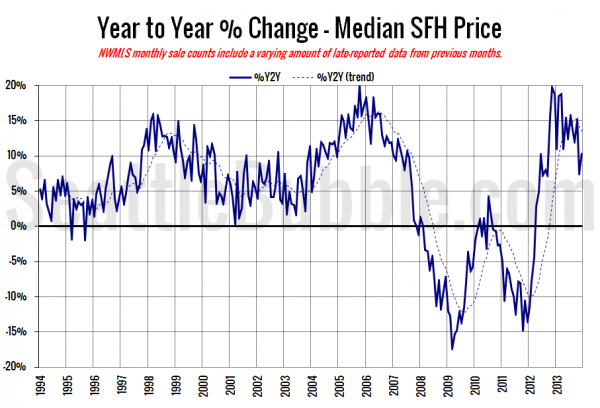 The median sale price inched back up a bit in December, moving the year-over-year gain back to double digits. 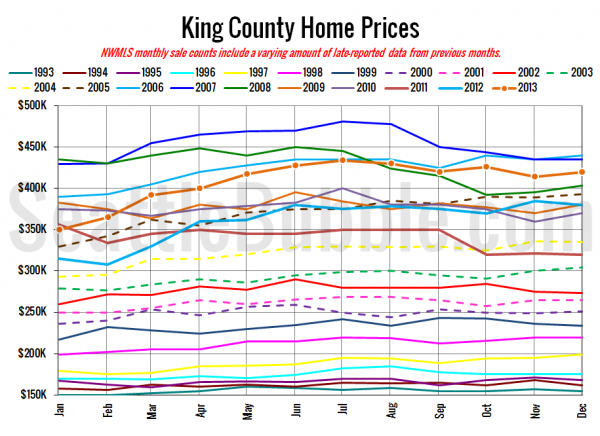