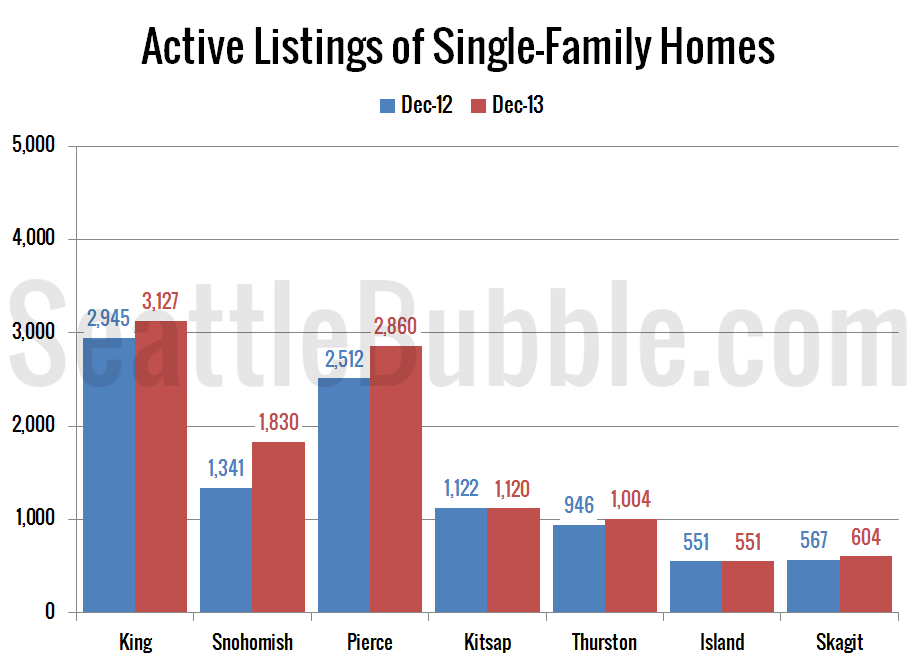 Next we’ll have a look at median prices in December compared to a year earlier. The biggest price gains in December were in King, Snohomish, and Skagit counties, while Island saw prices lower than a year ago. 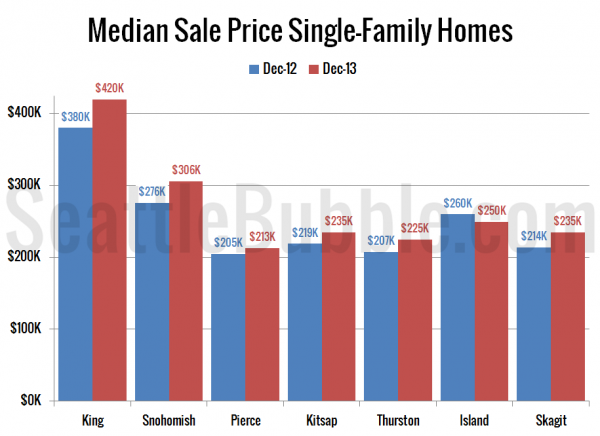 Listings are increasing year-over-year in King, Snohomish, Pierce, Thurston, and Skagit. They were flat in Island, and still down in Kitsap and Whatcom. Snohomish county continues to post the largest gains with home listings up 36.5% there from December 2012. 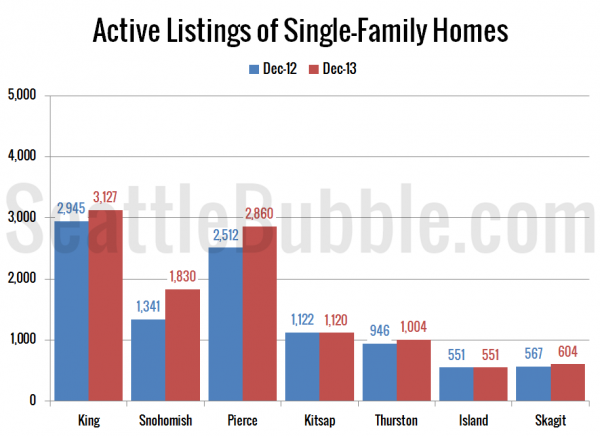 Sales were up to varying degrees in December everywhere but Whatcom county. 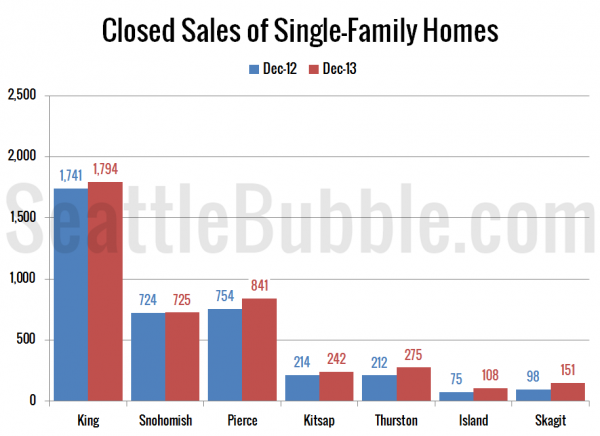 Finally, here’s a chart showing months of supply this December and last December. Months of supply is improving in the close-in counties but falling in Thurston, Island, Skagit, and Whatcom. 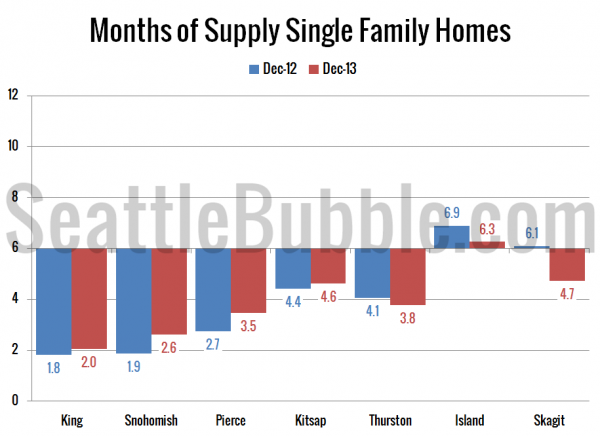 Price gains are still strong, but moderating for the most part. Listings are increasing most in the closer-in counties, home to Seattle, Everett, Tacoma, and Olympia. 2014 is likely to be better for buyers than 2013 was, in terms of market balance, although interest rates will almost certainly not be as low.