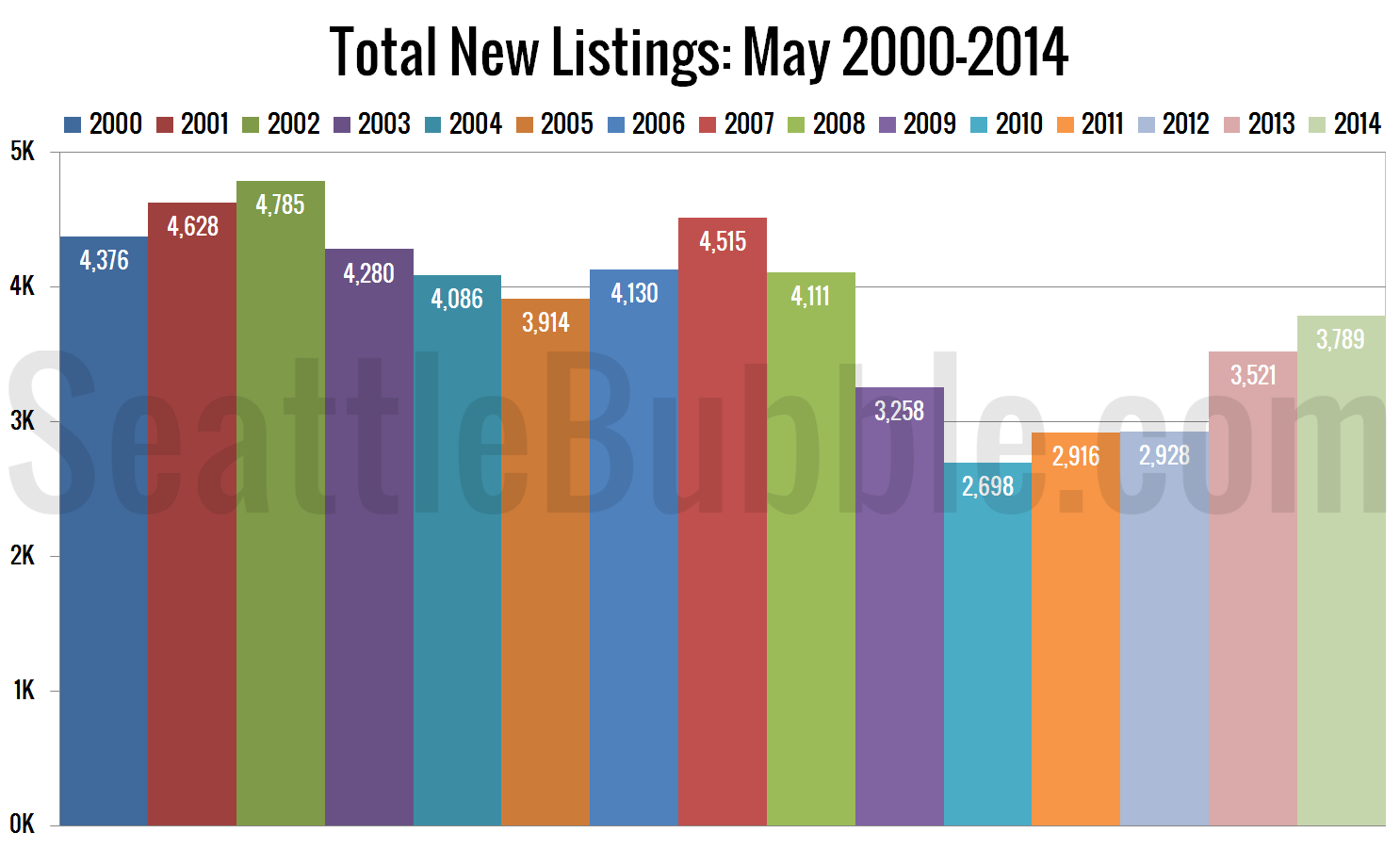 Let’s take a closer look at how listings fared in May of this year compared to years past.

First up, here’s a look at how many new listings hit the market in May, comparing May 2014 to May in every year I’ve got data for. 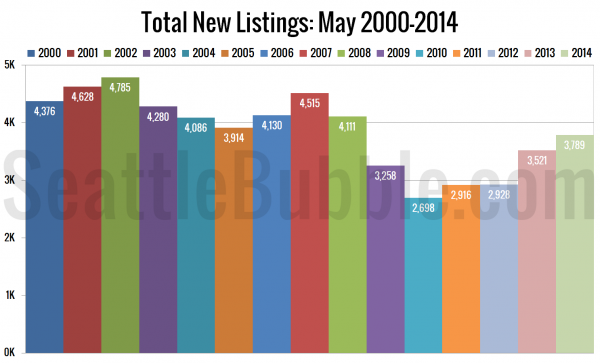 New listings hit a six-year high for the month of May this year. Good news for buyers, but still well below the pre-bust levels. 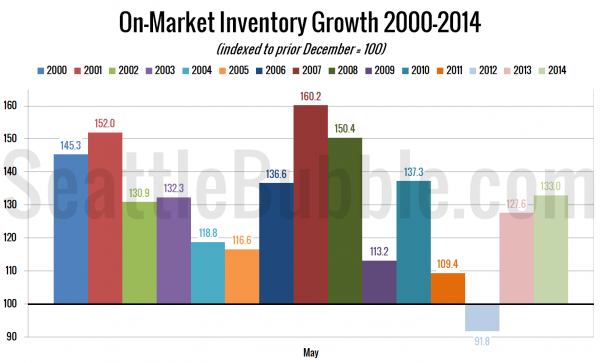 Compared to last December, the growth of on-market inventory fairly respectable, but considering how close December was to an all-time low for inventory, that isn’t really saying much.

Here’s a look at the raw number of homes added to the market in just the last three months, compared to the same period in other years: 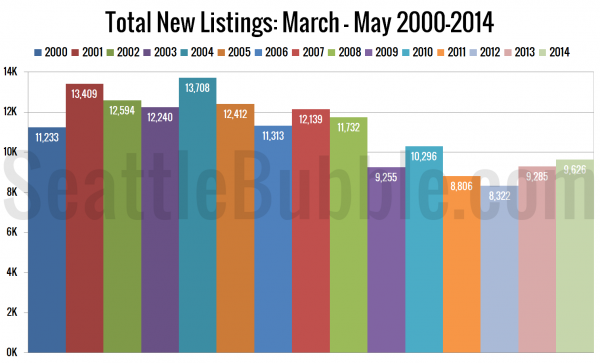 Not as high as 2010, but better than 2013, 2012, 2011, and 2009. Not bad overall. For whatever reason this year it seems like inventory has really started to pick up later than in previous years. I expect this three-month view will improve quite a bit over the next few months. 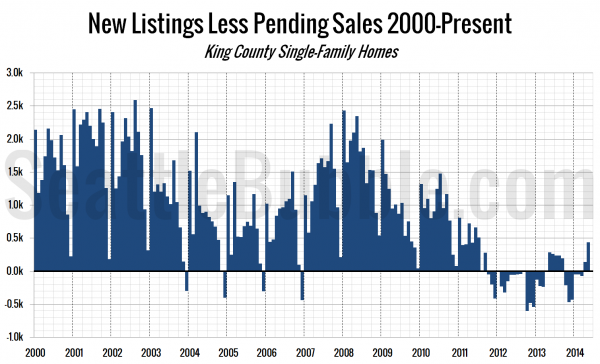 This measure shot up in May, hitting its highest point since mid-2011. The direction and magnitude of the change is great news for buyers, but we’re still at a very low level overall, which means we’re still definitely in a seller’s market… for now. 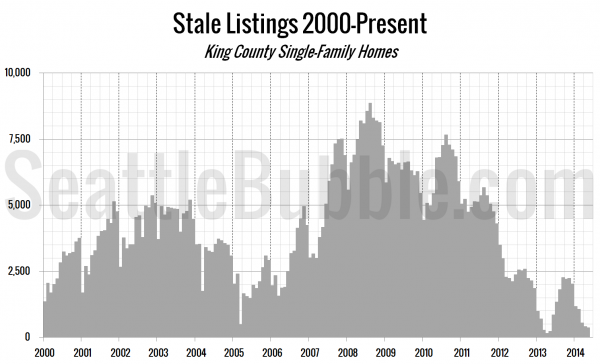 The number of stale listings has slowly declined every month this year, indicating that most new listings are being snatched up fairly quickly after hitting the market. Last year June was the month we saw this start to shoot back up.

Overall the picture is not much different than what we saw in the first few months of the year. The market is shifting back toward buyers, but very slowly. The rate of change accelerated just slightly in May, but we’ve still got a long ways to go before we get to a balanced market with a more normal level of supply.