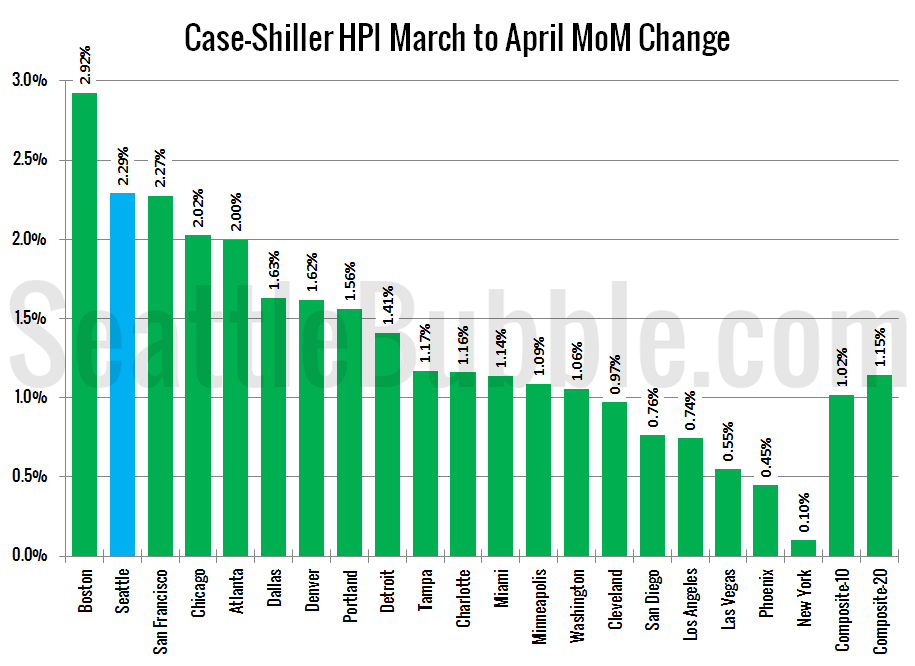 Last year prices rose 2.7% from March to April and year-over-year prices were up 11.4%.

Pretty much the usual spring bounce, but smaller than we saw a year ago. We’re actually cooling down a bit by pretty much every measure.

Seattle’s position for month-over-month changes held steady at #2 in April. Only Boston saw home prices rise more between March and April than they did in Seattle. 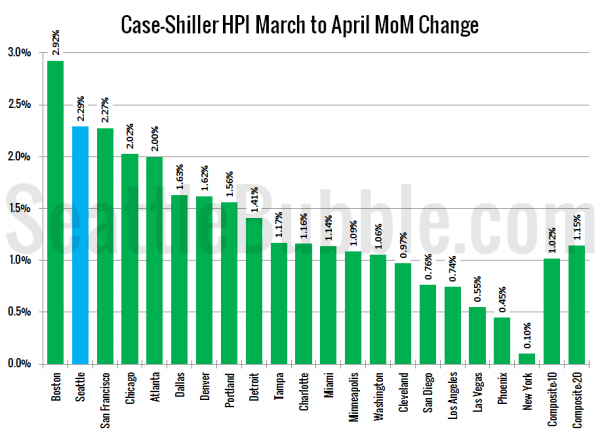 In April, seven of the twenty Case-Shiller-tracked cities gained more year-over-year than Seattle (one less than March): 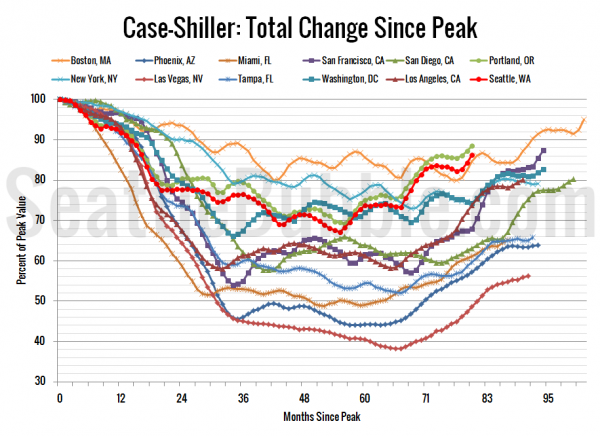 In the eighty months since the price peak in Seattle prices have declined 13.8%.

Lastly, let’s see what month in the past Seattle’s current prices most compare to. As of April 2014, Seattle prices are right around where they were in January 2006. 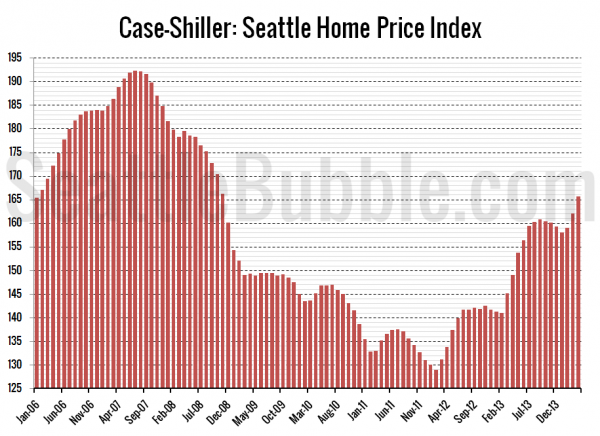