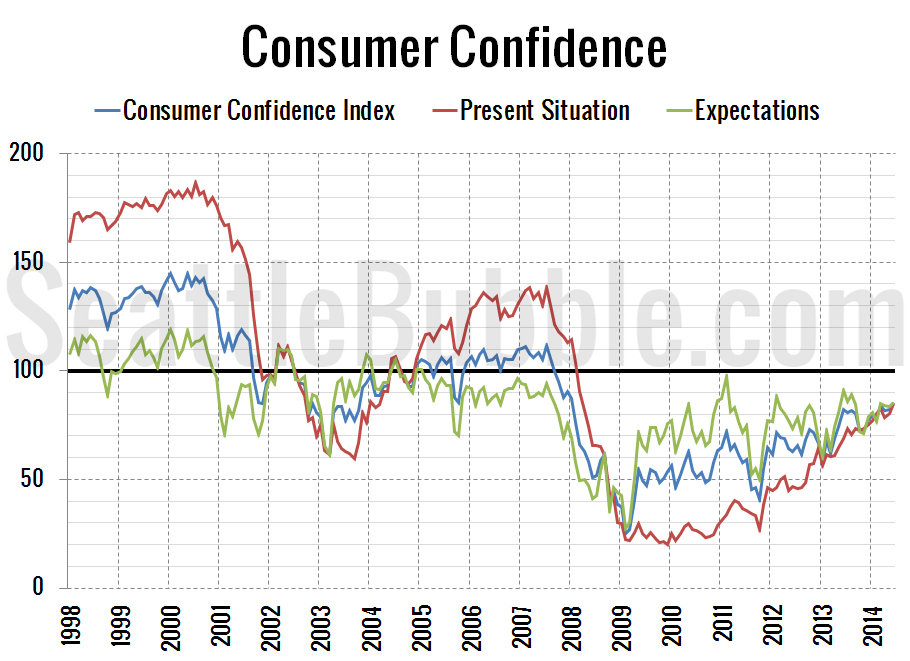 Let’s check in on how Consumer Confidence and mortgage interest rates fared during June.

First up, here’s the Consumer Confidence data as of June: 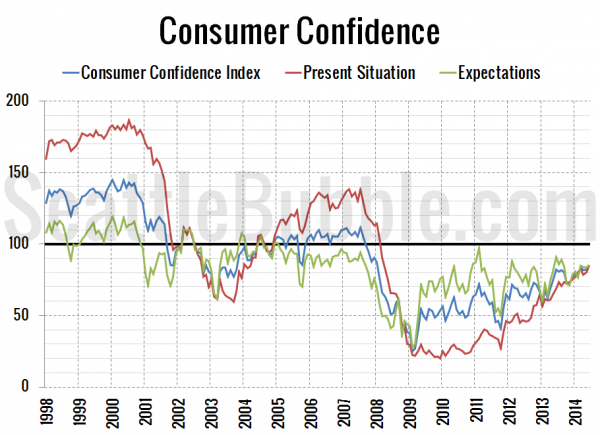 The overall Consumer Confidence Index currently sits at 85.2, up 4 percent in a month, and at its highest point since January 2008. 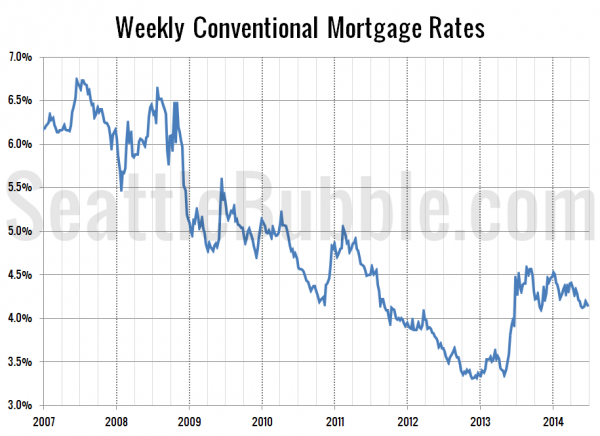 As of this week, the 30-year mortgage rate sits at 4.14 percent, down almost half a point from the recent high of 4.58% set back in August, roughly flat at the same level for the last month or so. Current interest rates are roughly on par with where they were in August 2011 and nearly two and a half points below the 6.41 percent average rate during the height of the housing bubble through 2006.