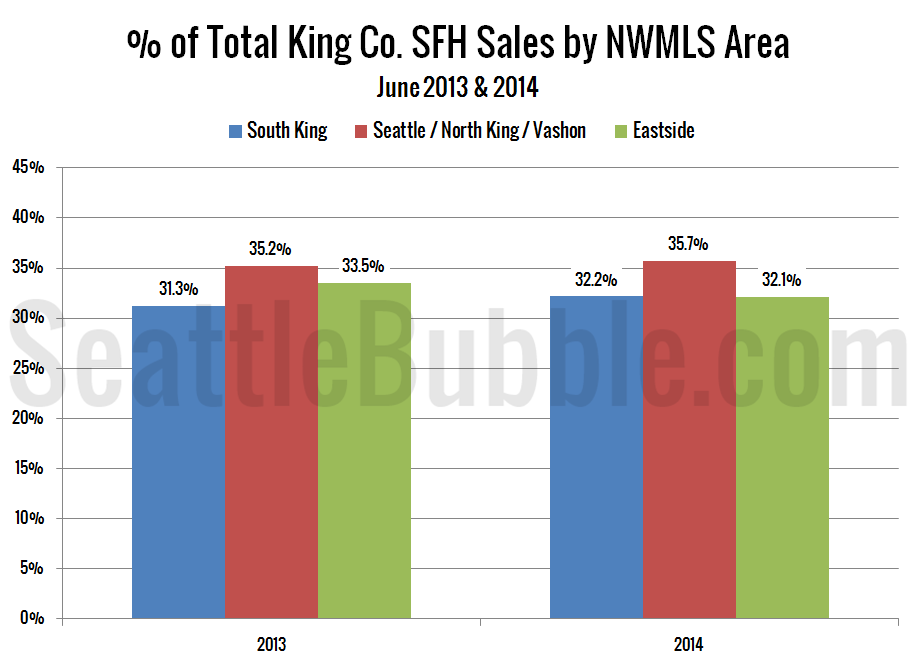 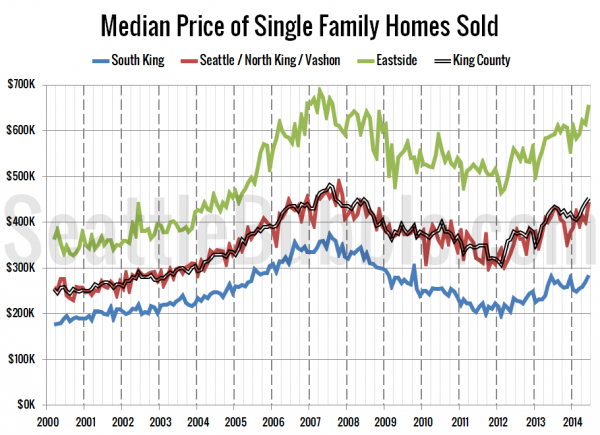 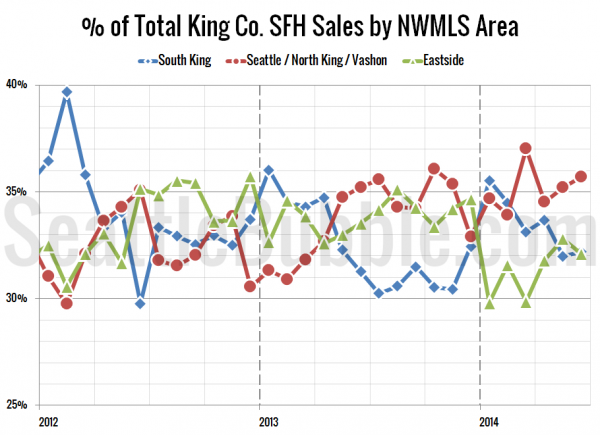 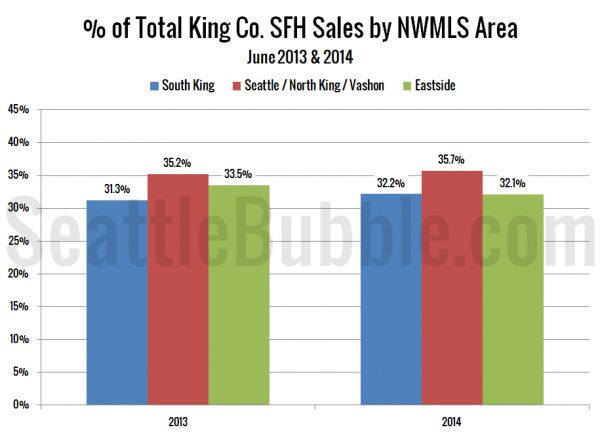 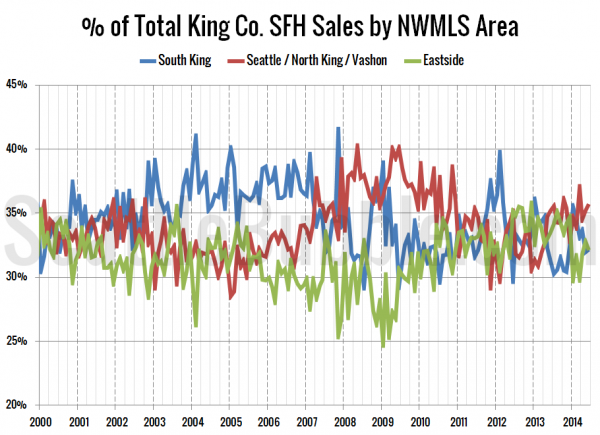 The middle tier (mostly Seattle proper) has been steadily increasing in sales share over the last year and a half, increasing from 30.6 percent of the sales in December 2012 to 35.7 percent in June. This fits well with my theory that post-bubble homebuying attitudes have buyers leaning more toward the close-in neighborhoods than during the bubble.