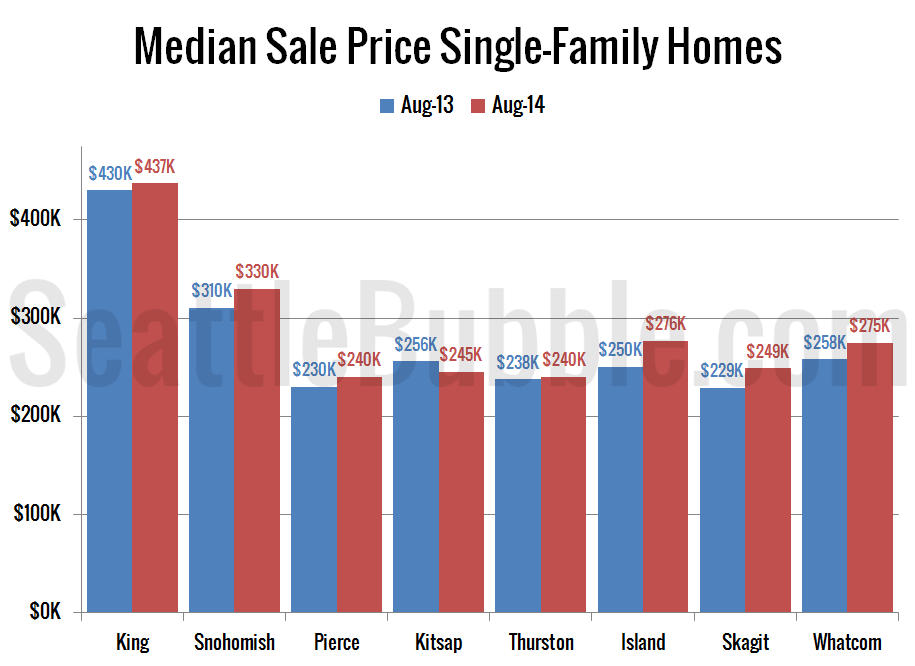 This month’s story in a nutshell: Moderation. For the most part, the movement in prices, listings, and sales all edged closer to flat. Price gains, sales drops, and inventory increases all slowed.

Next let’s take a look at median prices in August compared to a year earlier. Prices were up from a year ago everywhere but Kitsap County, which was down 4 percent. Gains ranged from as low as 1 percent in Thurston to as high as 11 percent in Island. 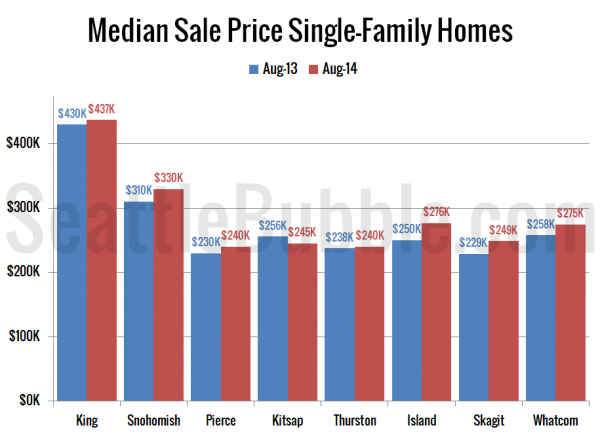 The number of listings grew year-over-year in the close-in counties, and fell in Island, Skagit, and Whatcom counties. The biggest gainer by far was still Snohomish County at +20 percent (its smallest gain since last August). Pierce County also saw double-digit gains in inventory again. 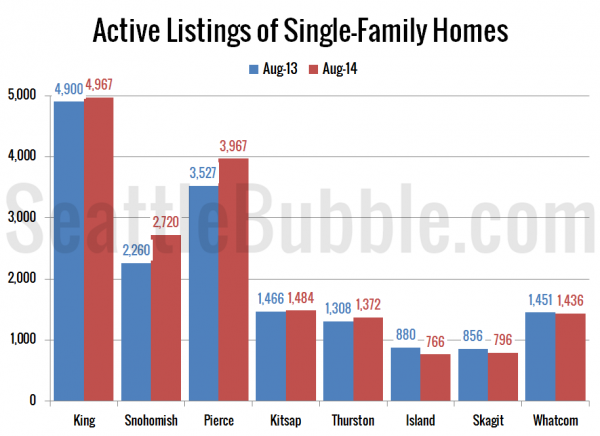 Closed sales fell in August compared to a year earlier in King and Island, but edged up everywhere else. Whatcom saw the biggest sales gain, up 11 percent from last year. 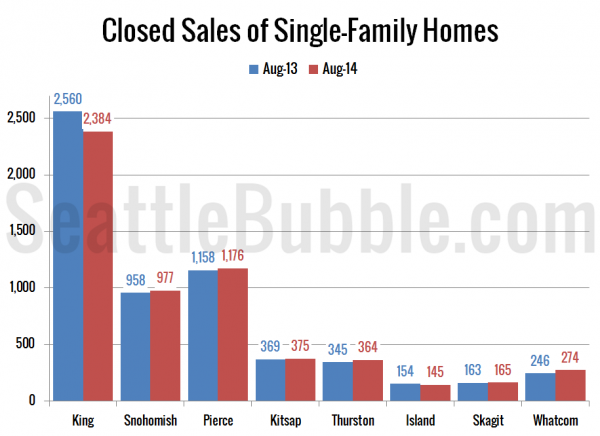 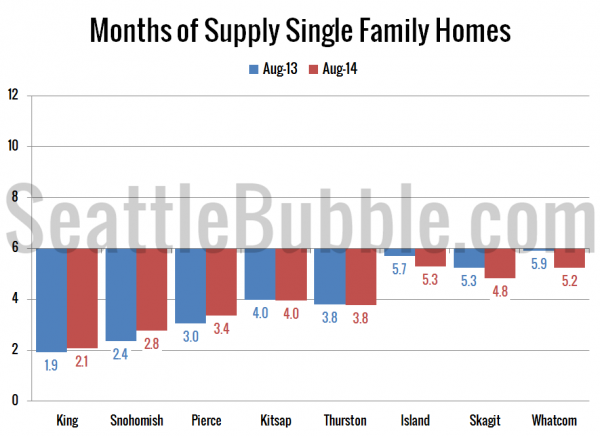 To close things out, here’s a chart comparing August’s median price to the peak price in each county. Everybody is still down from the peak, with drops ranging between just 9 percent in King County to 21 percent in Island County. 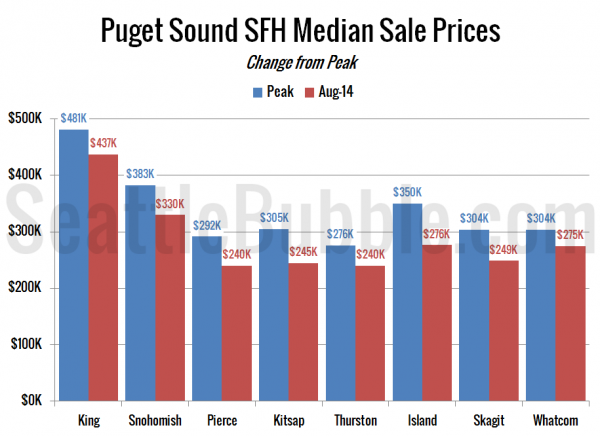 At this point I think it’s safe to say we won’t be seeing anything all that surprising through the rest of this year. Prices will probably stagnate while listings and sales take their usual seasonal slide into winter.