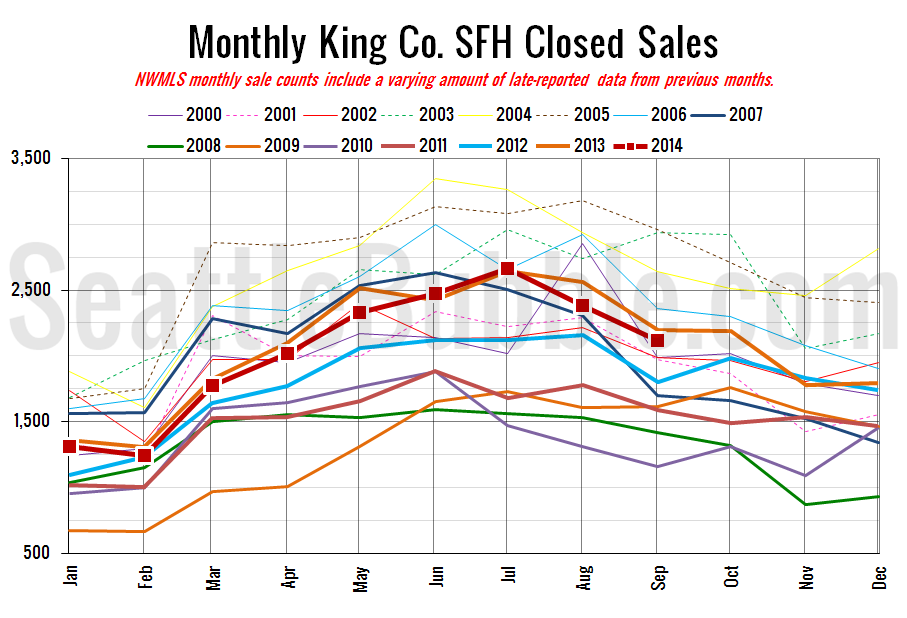 September market stats were published by the NWMLS yesterday. Here’s a snippet from their press release: Home Sales Stay Strong but Prices Approaching "Affordability Ceiling" for Some Buyers.

Pending sales of homes around Western Washington surged more than 13 percent in September compared to a year ago, and listing activity picked up slightly, fueling both broker optimism and words of advice for sellers.
…
Commenting on September’s activity, industry veteran Gary O’Leyar said he expects the Greater Puget Sound real estate market will maintain a “healthy glow” in 2015 so long as there is no radical increase in interest rates. “I foresee a general leveling off in overall market activity as prices approach the affordability ceiling for many buyers,” remarked O’Leyar, the designated broker/owner of Prudential Signature Properties in Seattle.

“Healthy glow.” Good one. I’m going to have to remember that one.

Okay, let’s get on with our usual monthly stats.

Not much going on this month. Prices shifted back up (probably just due to another shift in the geographic mix). Meanwhile sales and listings both began to dip in a typical fall fashion. 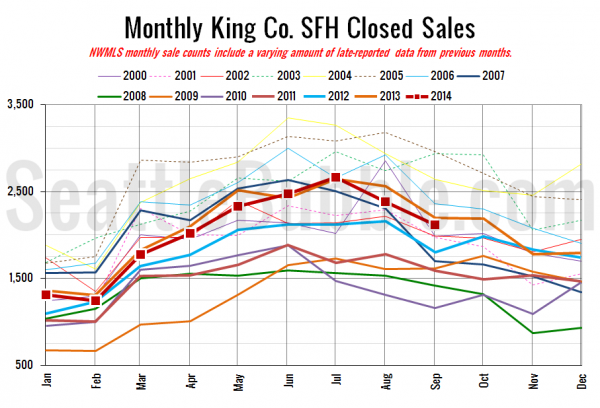 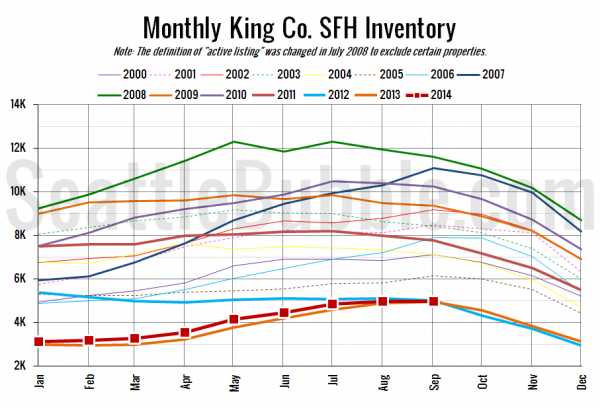 Inventory began its annual slide with a very slight dip from last month. 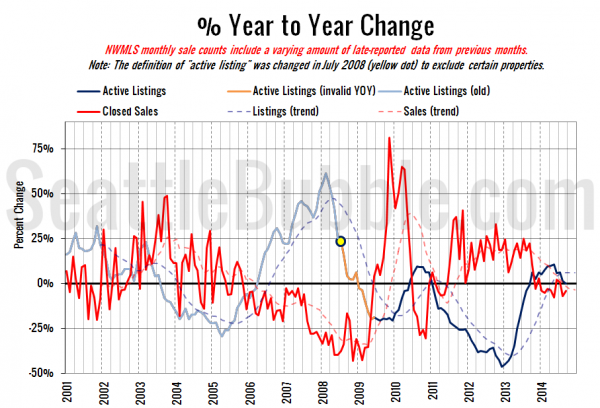 Not much change on this one, though both lines did shift slightly closer to zero. 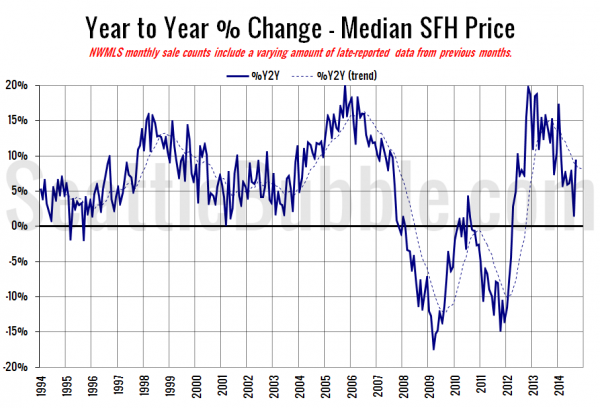 The year-over-year growth in median price bumped back up last month but fell just short of moving back into double-digit territory. 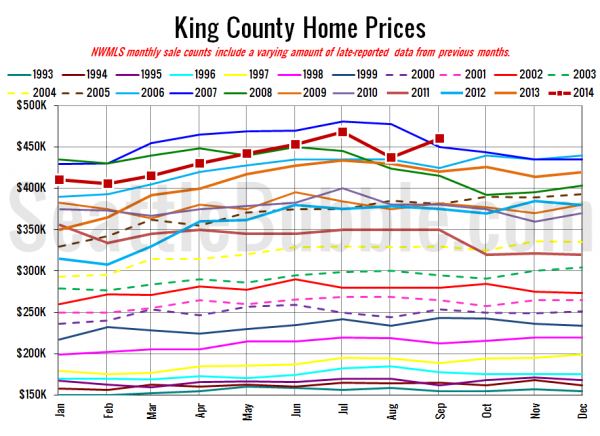 Last month had the highest median price ever for a September.