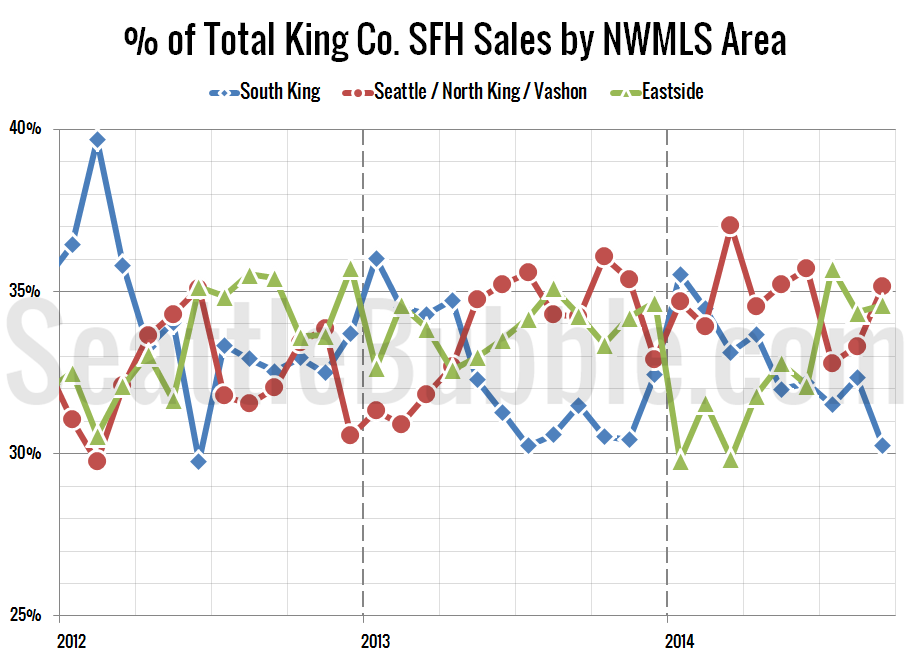 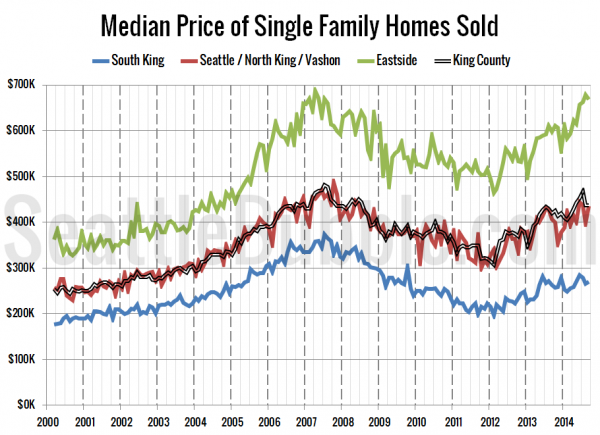 The median price in the low and middle tiers rose between August and September, but the high tier slipped. The low tier rose 1.3 percent in the month, the middle tier increased 9.3 percent, and the high tier lost 1.4 percent.

Twenty-three of the twenty-nine NWMLS regions in King County with single-family home sales in September had a higher median price than a year ago, while just sixteen had a month-over-month increase in the median price. 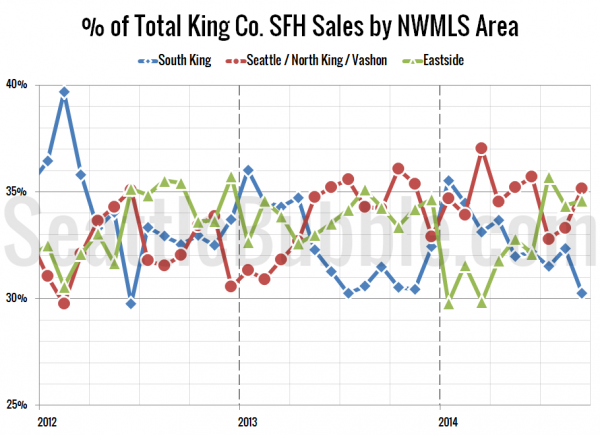 The share of sales in the middle and high tiers of Seattle and the Eastside both gained ground in September, while South King County sales dipped. Yet again, this shift in the geographic sales mix explains the dramatic month-over-month change in the county-wide median price. 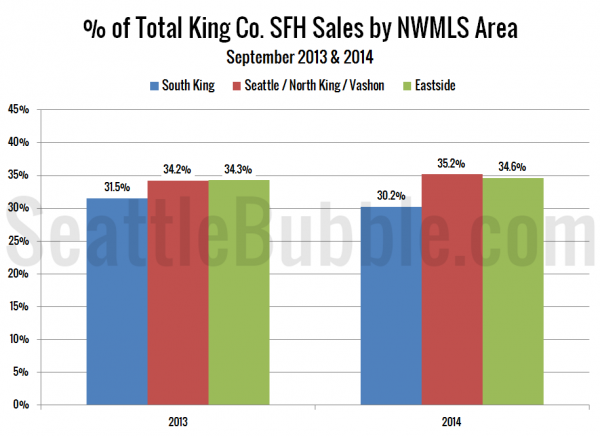 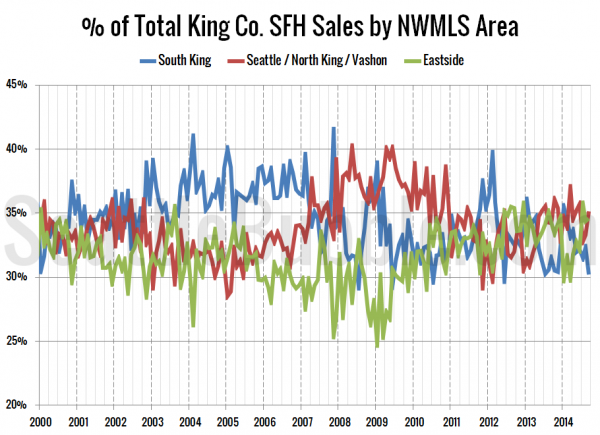 Once again the big shift in the county-wide median price (up 5.3 percent in a month after falling 6.6 percent the month before) is driven almost entirely by the shift between less expensive and more expensive parts of the county.