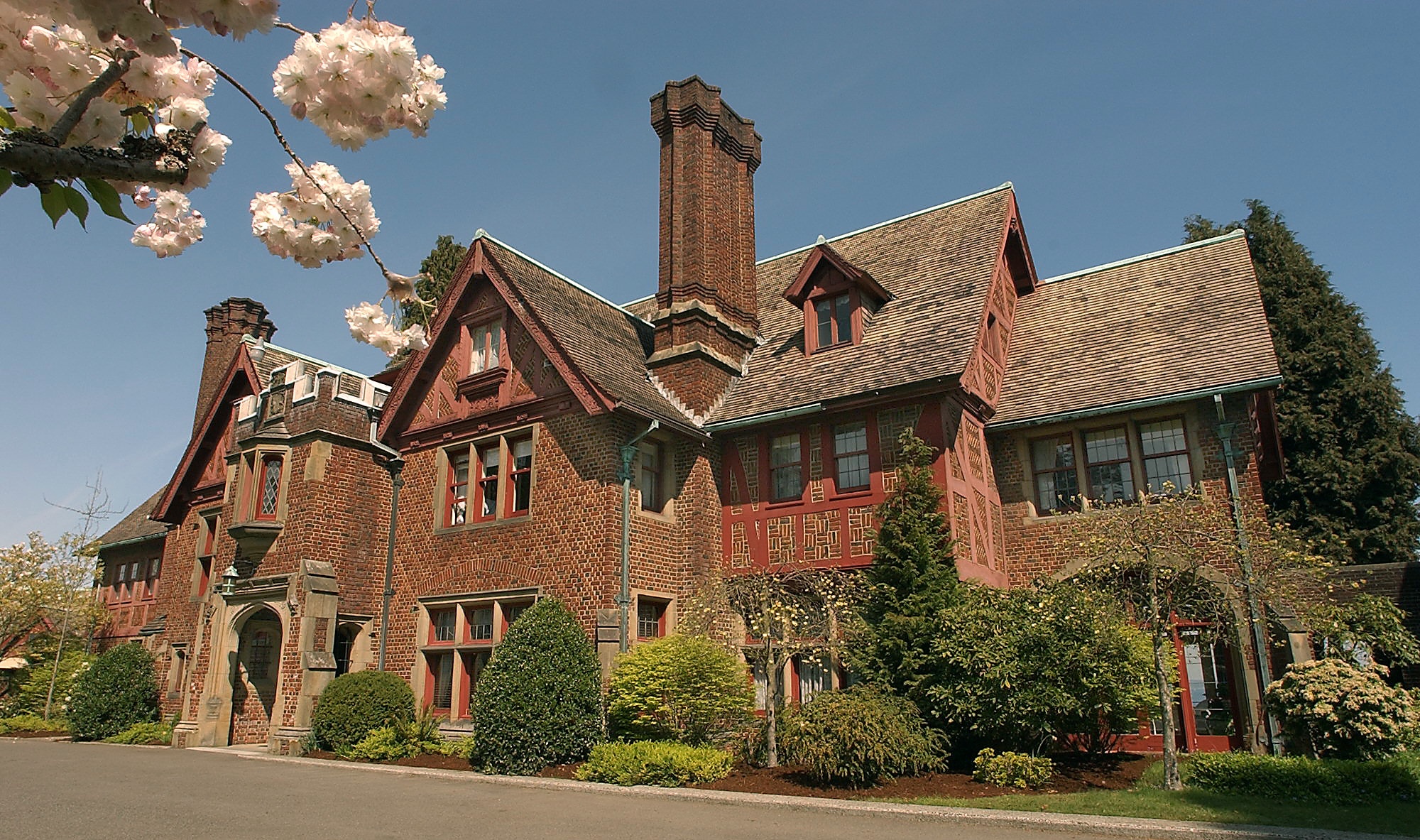 Does anyone remember the 13,000-square-foot Tacoma mansion I mentioned a few times on these pages back in 2011? After a series of price drops from $8 million, to $7 million, to $6.4 million, and eventually $5.4 million over the course of nearly three years on the market, it finally went pending.

So what could possibly cause a home to be pending for seventeen months and counting? John Gillie at the Tacoma News Tribune has the story.

Weyerhaeuser mansion owners and neighborhood remain locked in a dispute

A long-simmering dispute over the use of Tacoma’s former Weyerhaeuser mansion as an event site appears headed for a showdown in early December before a city hearing examiner.
…
The mansion’s current owner, Oregon-based Corban University, is seeking to sell the 1923-vintage English Tudor mansion, a chapel and classroom building on the grounds to Seattle-based Blue Ribbon Cooking School. Blue Ribbon has been leasing the mansion and its grounds from the university for two years as a venue for weddings, parties and corporate events.
…
Those events, say the mansion’s neighbors, have created chaos along the tree-lined streets near the mansion as event goers used the streets for parking, have brought their boisterous behavior outside the mansion gates as they leave late at night and have raised the decibel level of the neighborhood with loud music.
…
Corban University confirmed that Blue Ribbon still has an agreement to buy the mansion subject to its obtaining a permit that will allow it to operate the venue profitably.