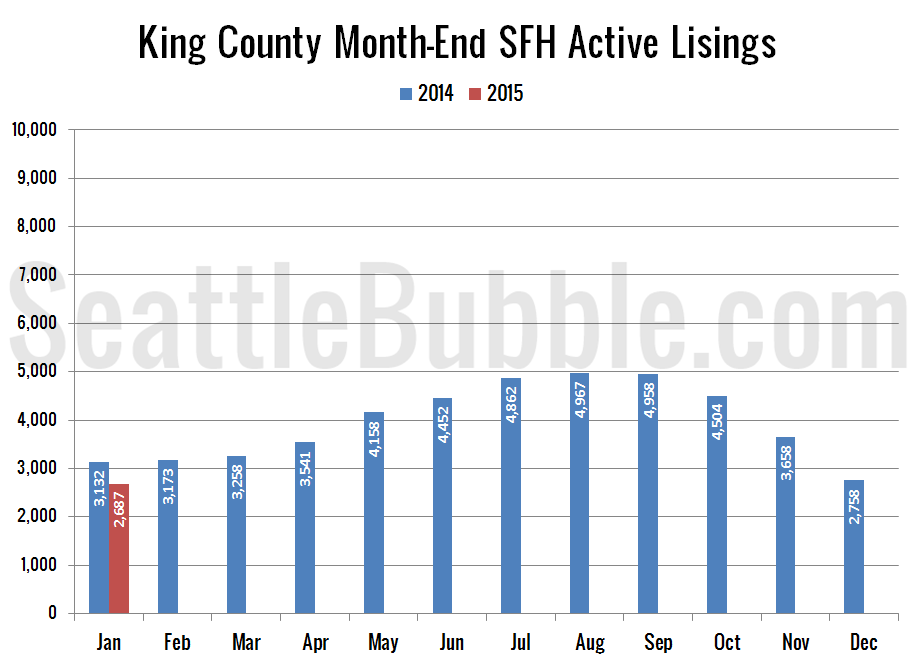 Now that we’re already a full month into 2015, let’s have a look at our monthly stats preview. First up, here’s the snapshot of all the data as far back as my historical information goes, with the latest, high, and low values highlighted for each series: 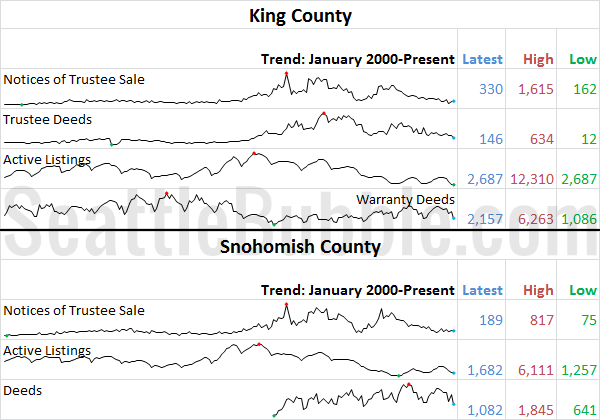 Listings inventory hit another new all-time low in King County in January. Listings are still falling in Snohomish County as well, but are still slightly above their early 2013 lows. Meanwhile, sales fell dramatically month-over-month in both counties, as is fairly typical for this time of year. Year-over-year sales were up just slightly in King County, but down in Snohomish. Foreclosure notices declined from 2014 in both counties. 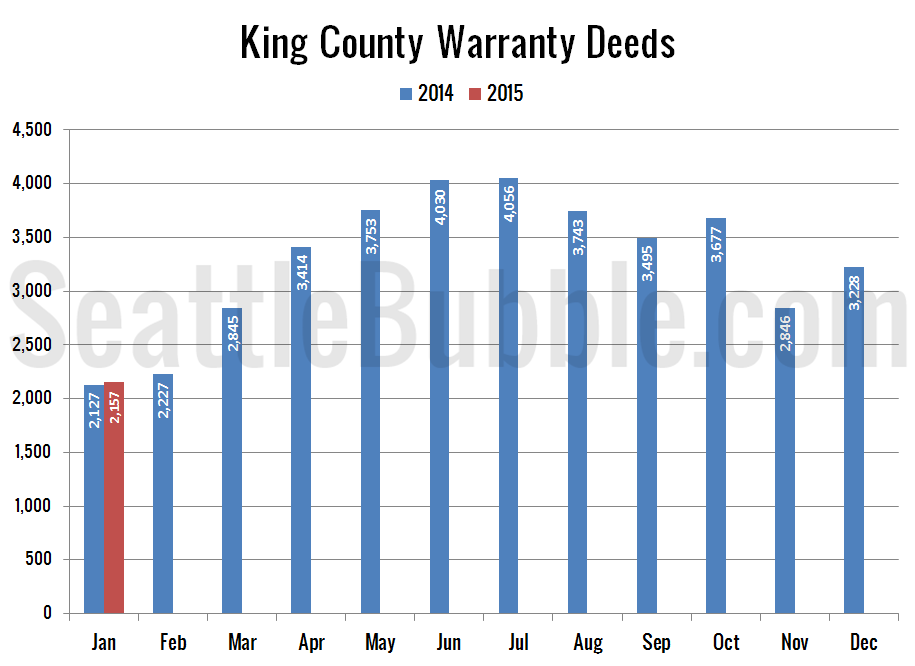 Sales in King County fell 33 percent between December and January (in 2013-2014 they fell 29 percent over the same period), and were up just 1.4 percent year-over-year. 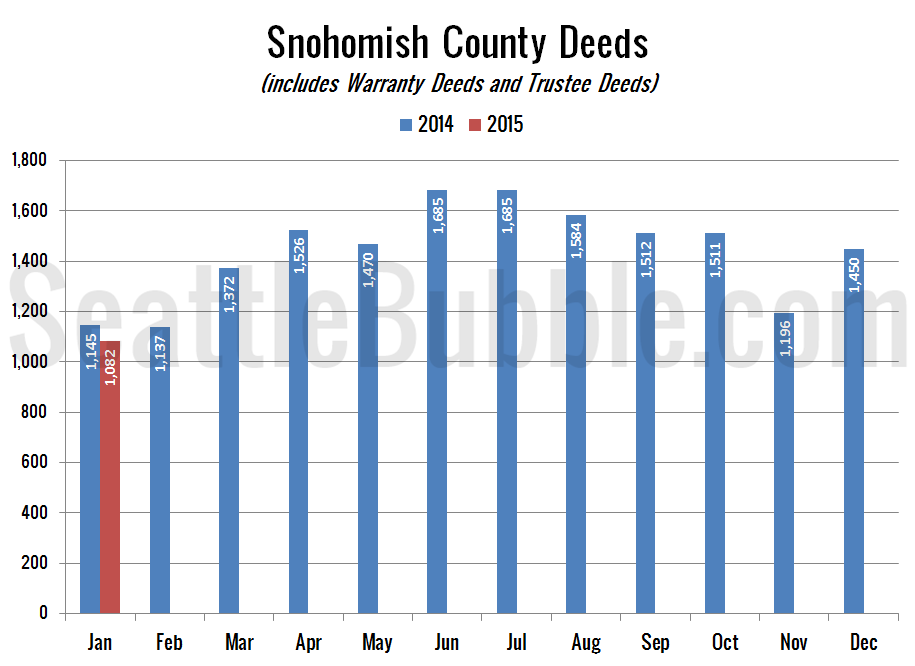 Deeds in Snohomish fell 25 percent month-over-month (vs. a 17 percent decrease in the same period last year) and were down 6 percent from January 2014. 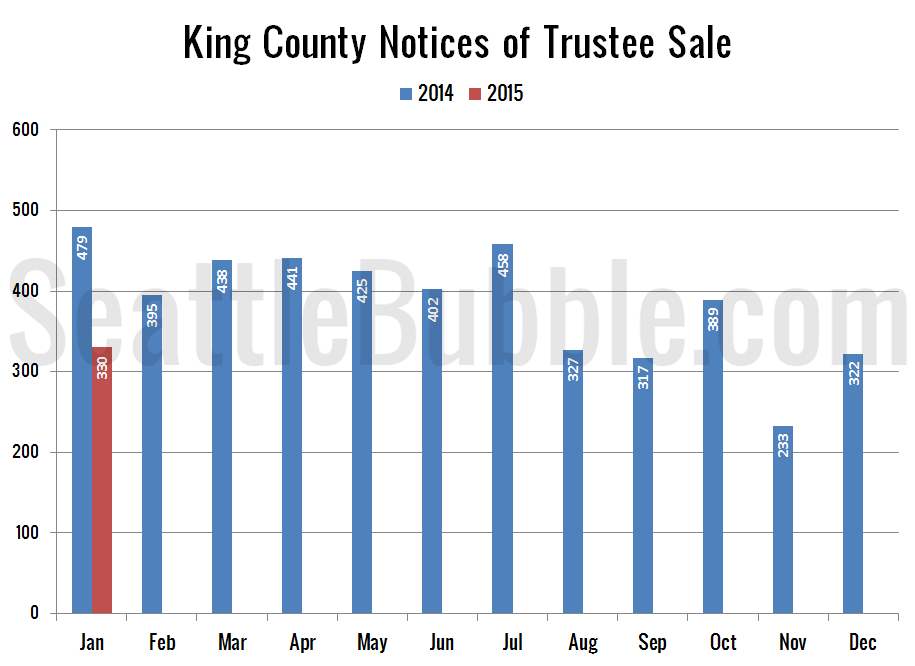 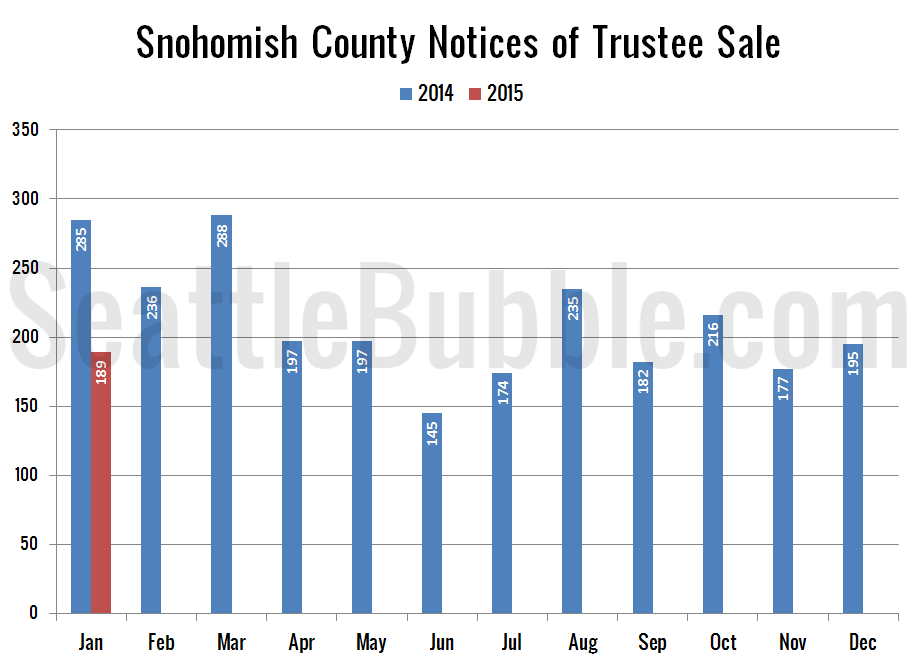 Foreclosures in both counties were down from a year ago yet again, and were basically flat month-over-month in both counties. King was down 31 percent from last year, and Snohomish fell 34 percent. 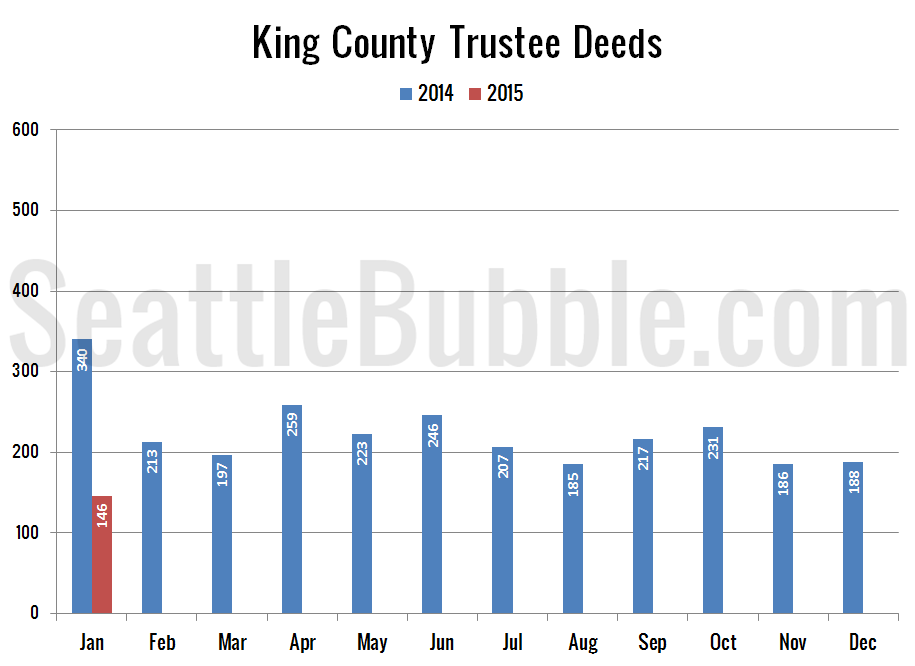 Trustee Deeds were down 57 percent from a year ago, falling to their lowest point since May 2008. 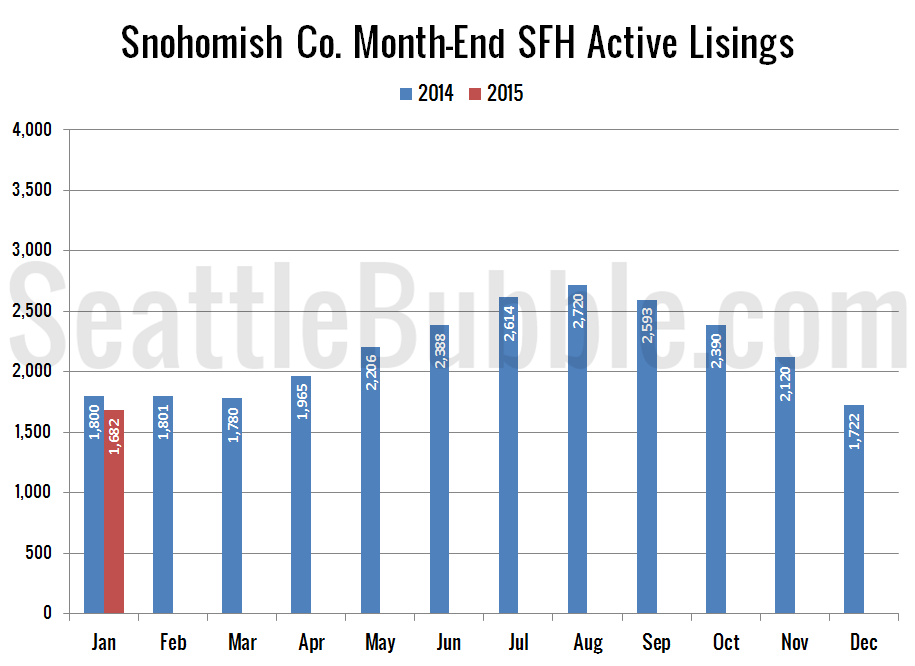 Inventory inched down from December to January in King County, falling to another new low point. Snohomish county posted its second year-over-year inventory decline in a row. King is currently down 14 percent from last year, while Snohomish is down 7 percent.