February market stats were published by the NWMLS yesterday. Before we get into our monthly stats, let’s have a look at their press release.

Favorable weather and restored confidence are propelling home buying activity around Western Washington to the highest level in nearly a decade, according to Northwest Multiple Listing Service sources.

“The pent-up demand being unleashed has rocketed pending sales back to the levels of our record year in 2006,” said Ken Anderson, president/designated broker at Coldwell Banker Evergreen Olympic Realty in Tumwater. Buyers have come off the sidelines, the former MLS director commented, adding “At the same time, homes for sale are near a 10-year low.”

The language in these releases is getting more and more over-the-top and reminiscent of the kind of thing we used to see 2005-2007. Describing sales as “rocketing” reminds me of the 2006 classic “last spaceship flight off a planet that’s about to explode.“

Unfortunately for buyers, the same trend we’ve been seeing for the last year continued uninterrupted in February. Very few listings and plenty of buyers. Prices 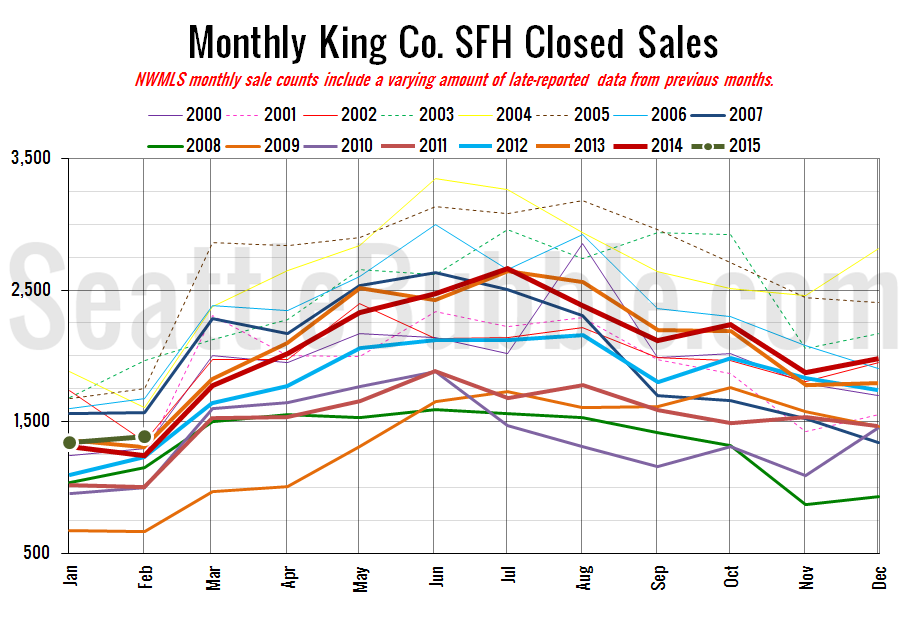 Closed sales rose 3 percent from January to February. Last year they fell 5 percent over the same period, so it looks like sales are getting a slightly early start this year. 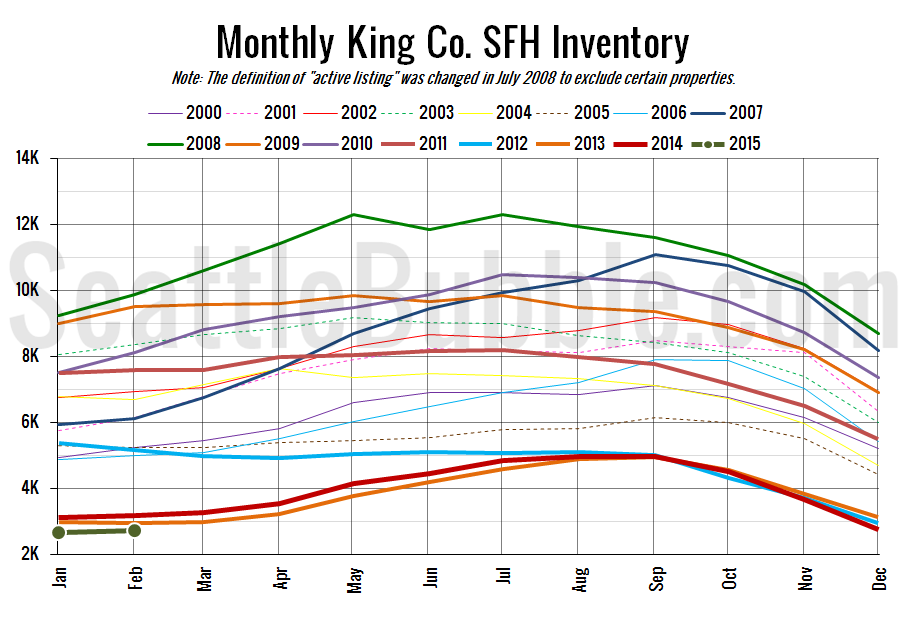 Thankfully for buyers, inventory rose slightly in February from the all-time low point set in January. Unfortunately it wasn’t much of an increase. Also worth noting: The 2,721 new listings that hit the market in February was only barely more than the 2,485 listings that went off the market to pending status in the same month. 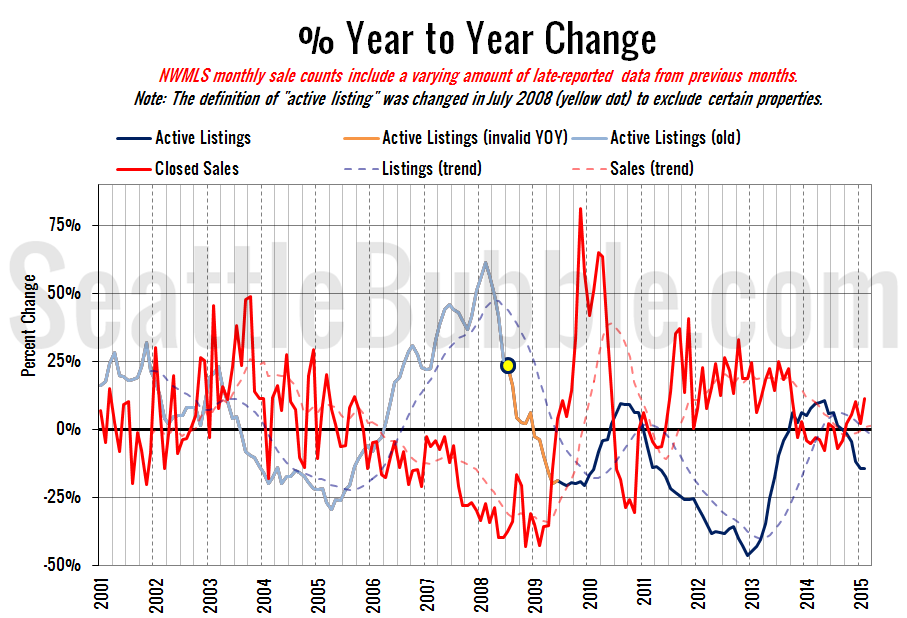 Both supply and demand continued to move further in sellers’ favor in February. 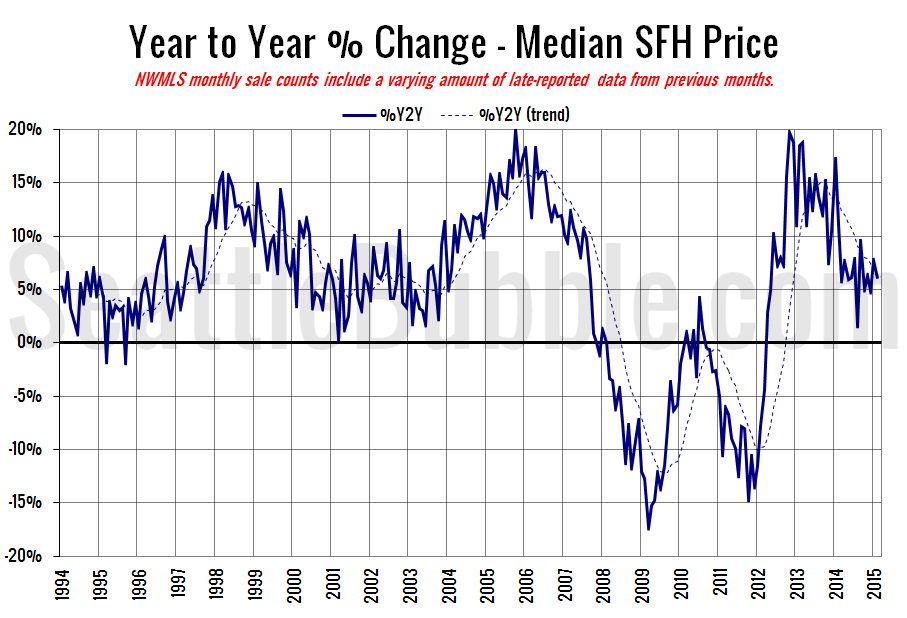 Down slightly from last month, but still in a range that historically represents a very strong market. 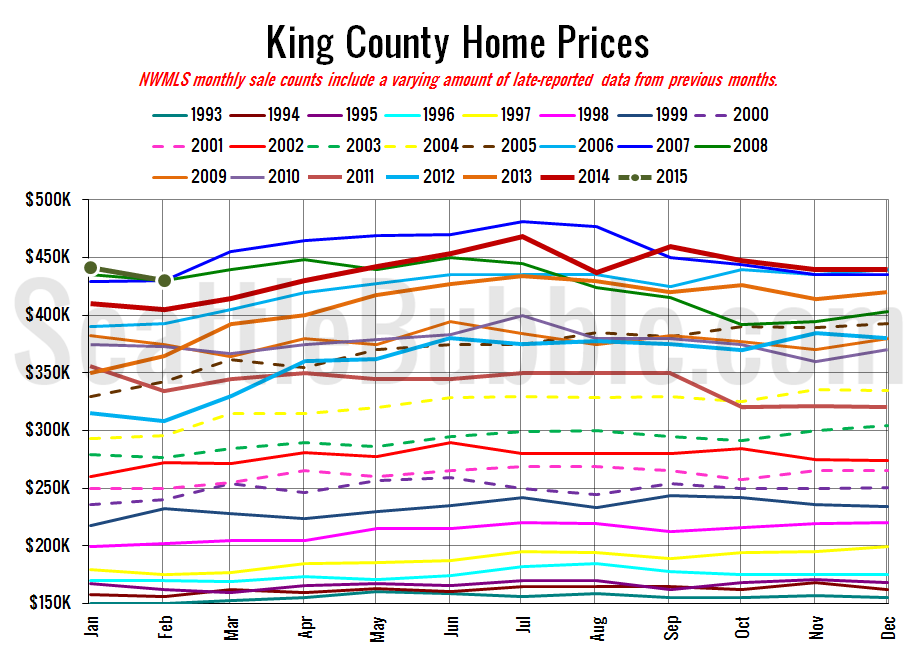 Home prices dropped to their lowest point in 11 months, but don’t expect the trend to continue as we head into the spring with so few homes and demand so high.

Here’s this month’s articles from the Seattle Times. I couldn’t find any article on the P-I, perhaps Aubrey Cohen is on vacation.

Seattle Times: King County home prices up 6% from a year ago