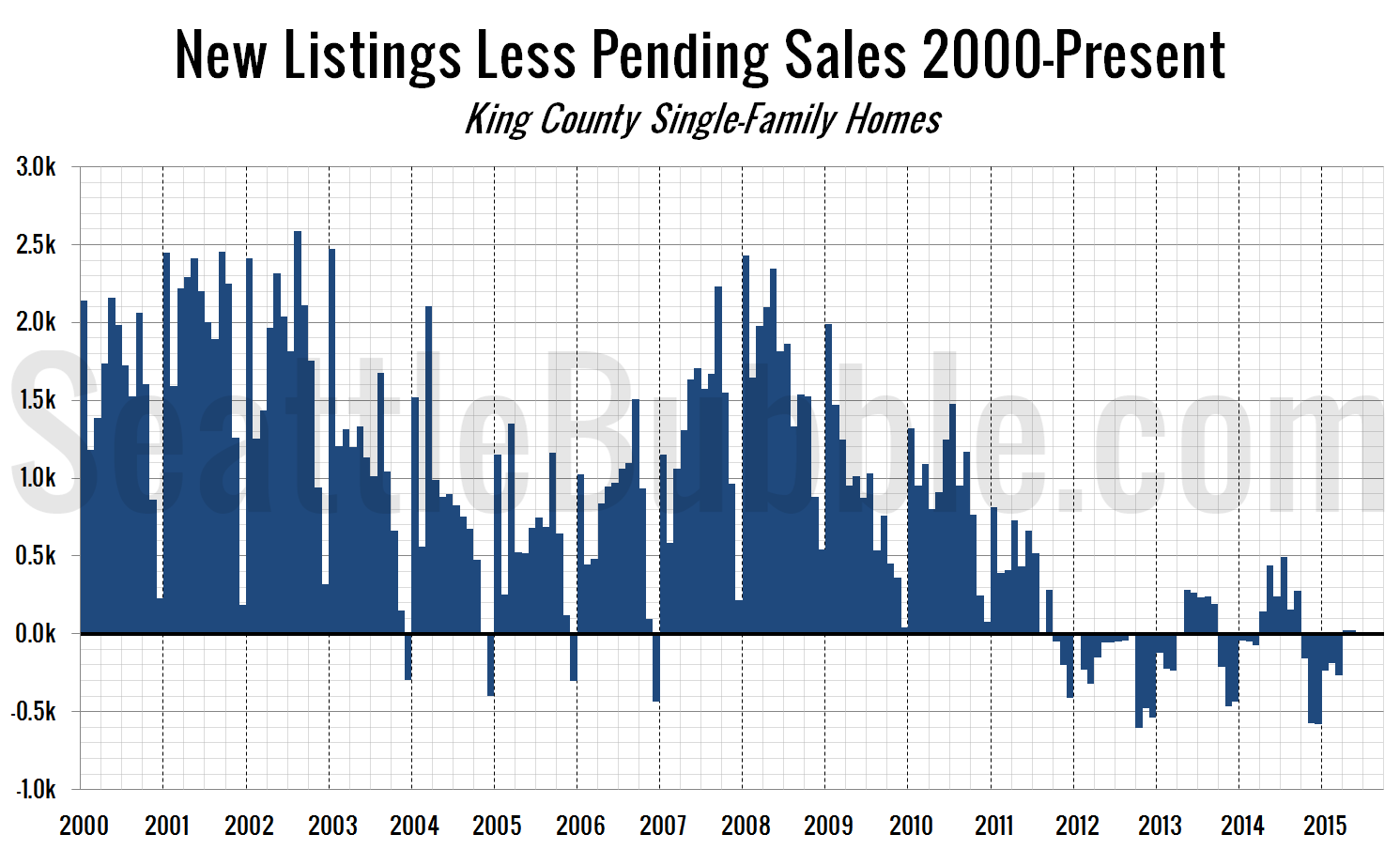 Let’s see how listings have been doing in the last couple months.

First up, here’s a look at new listings for just the last month, compared to July of every other year, and the same chart but for the last three months combined: 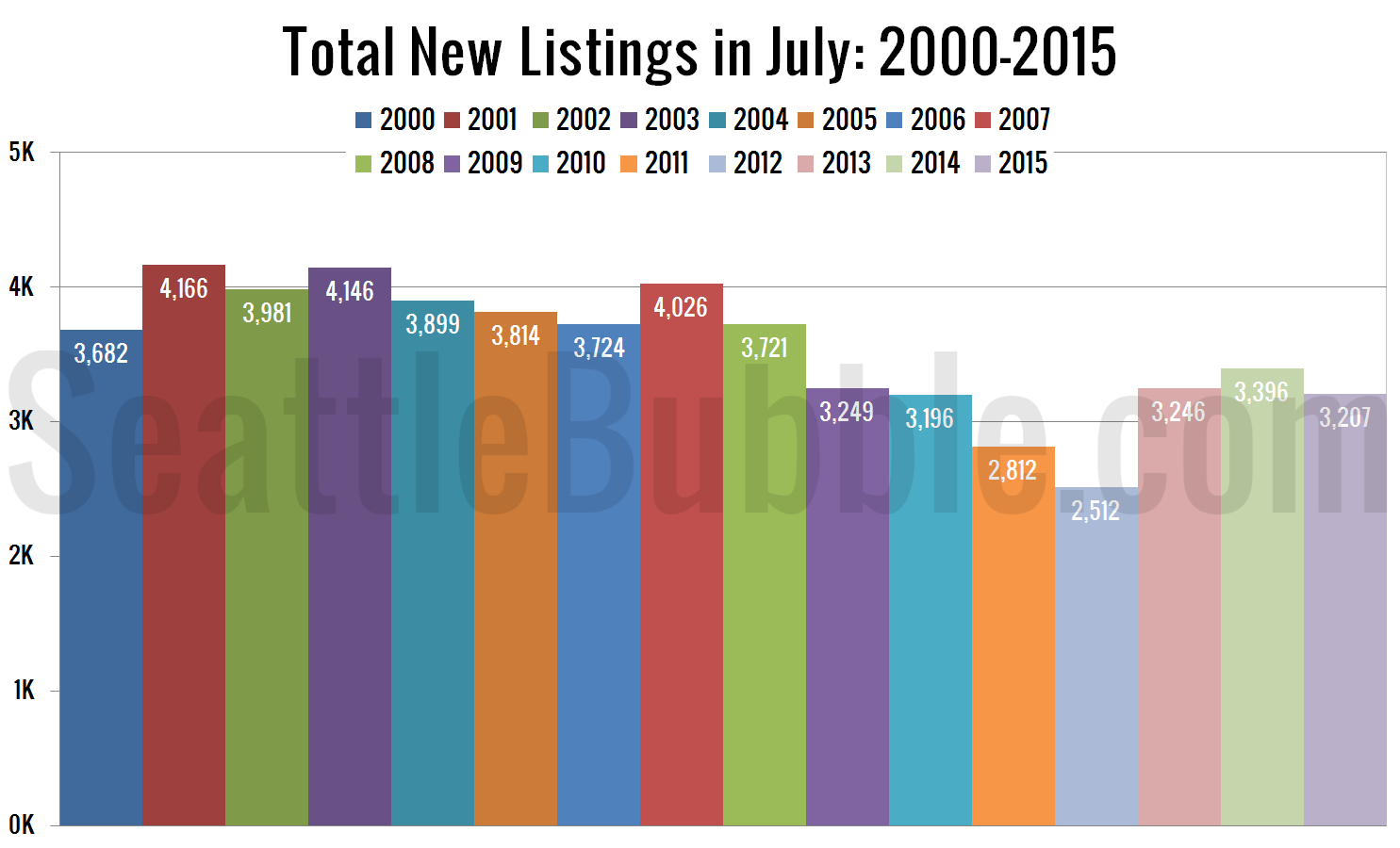 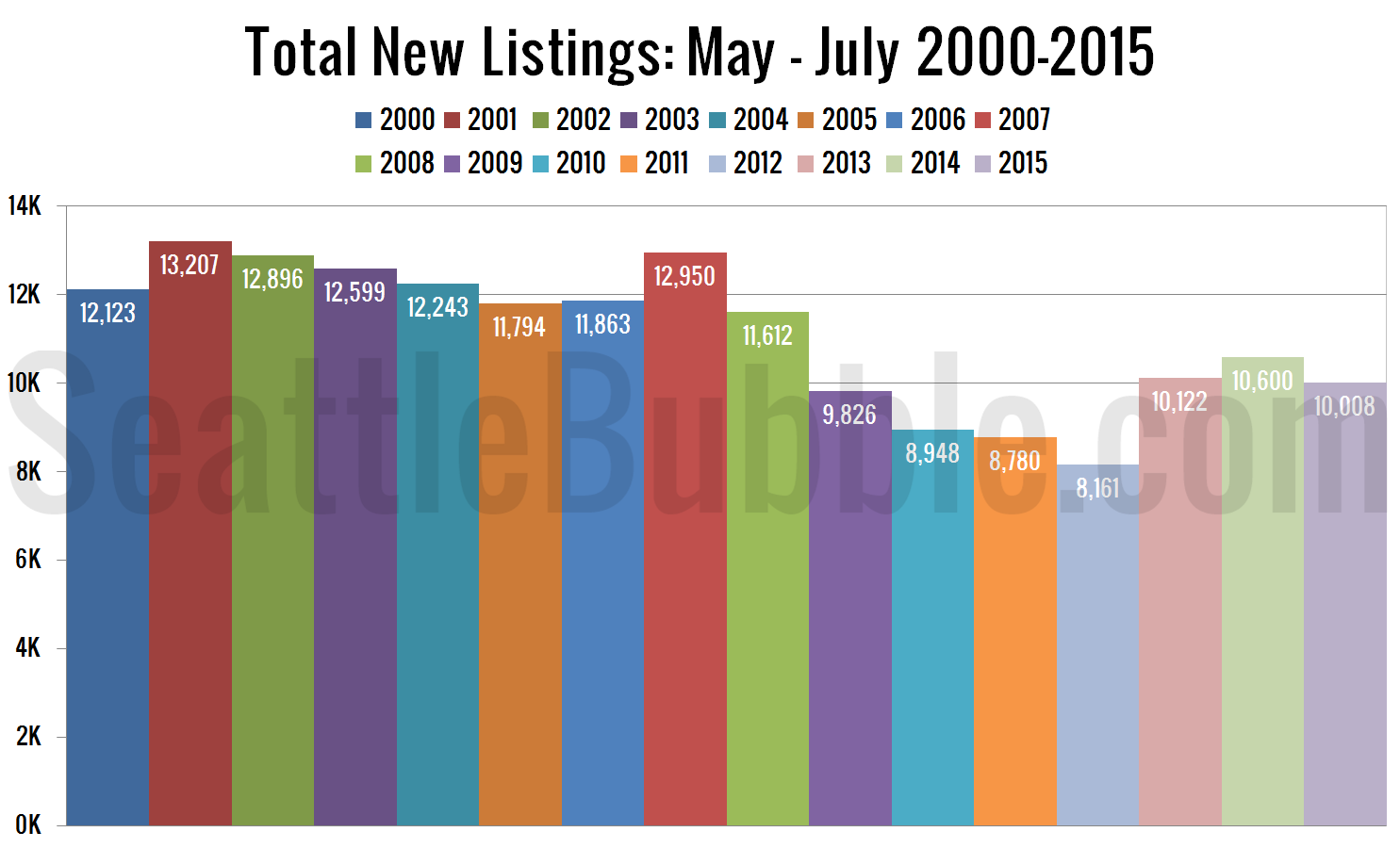 New listings had been recovering somewhat in 2013 and 2014, but this year they have reversed course as we stretch into the summer, falling to a three-year low. Bad news for buyers hoping for more selection and an easing of price pressures. 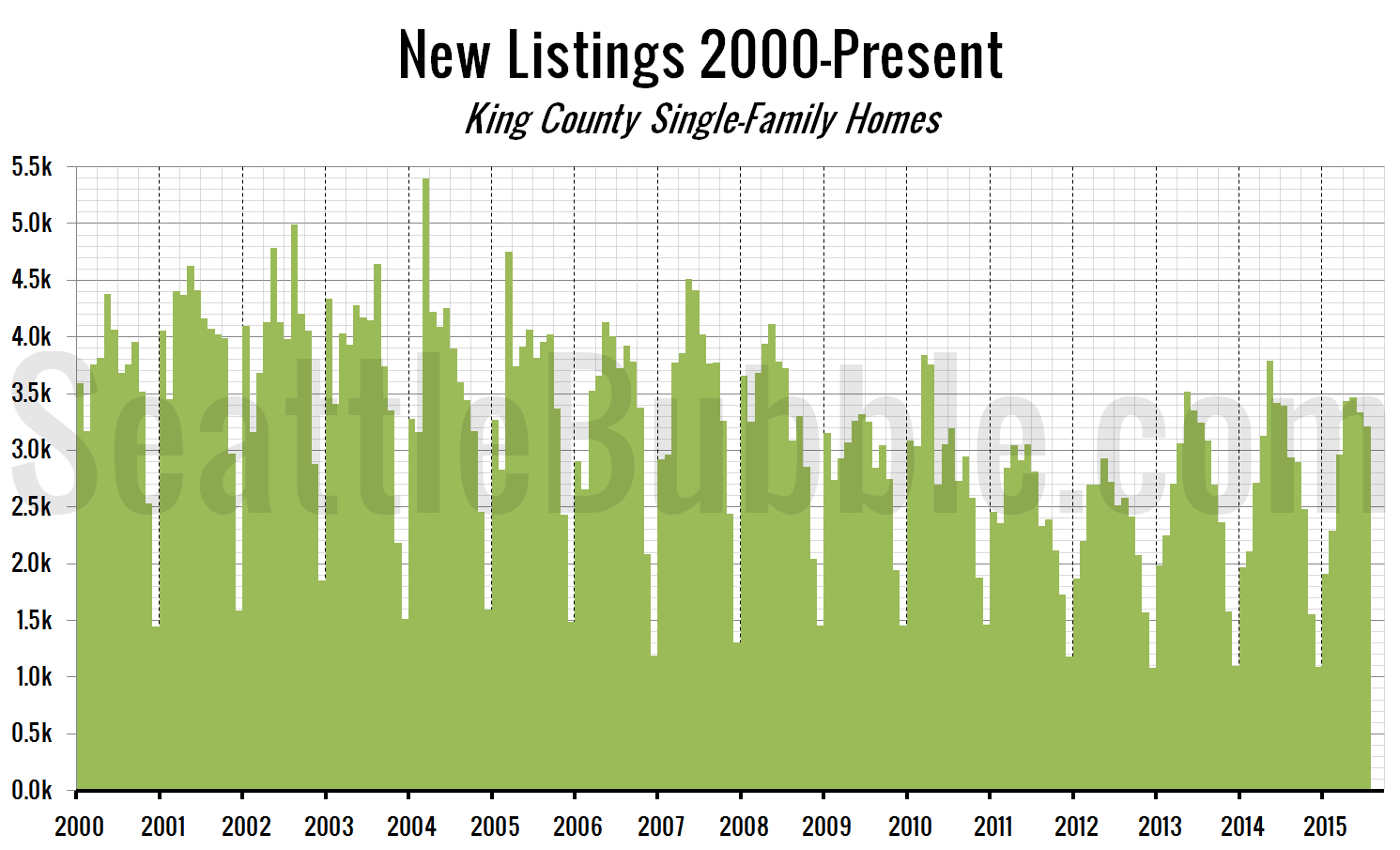 Before the housing bubble burst, it was common to see more than 3,500 listings every month April through September, often more than 4,000 a month. It looks like this year we won’t quite hit the 3,500 mark, despite passing that level at least once in each of the past two years.

Here’s a look at how the on-market inventory is building up so far this year compared to past years: 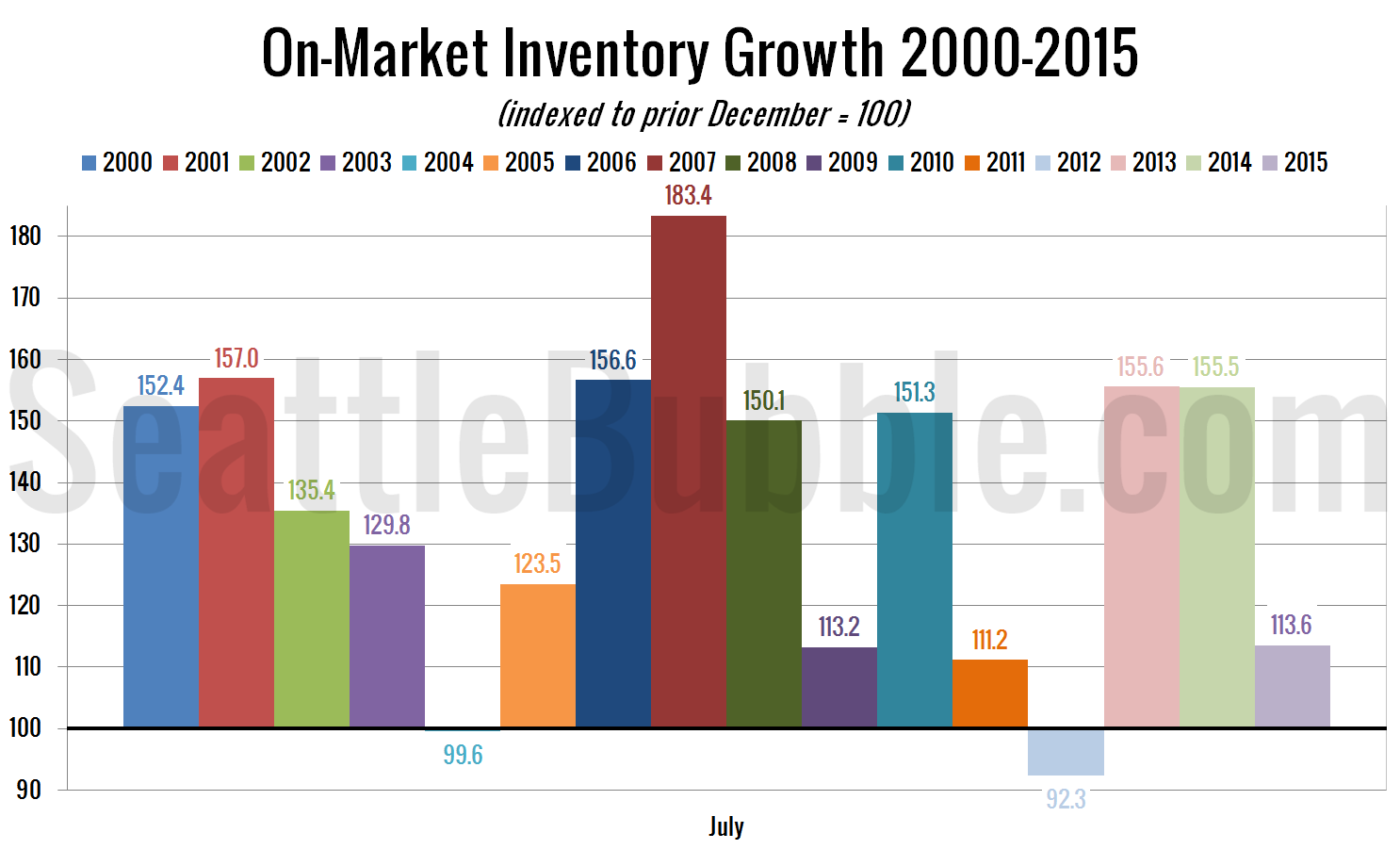 This view looks a lot worse than the previous two years, which had been back in a normal level. So far in 2015 we’re looking at the fifth-smallest growth in on-market inventory since 2000.

Again, 2015 is more dismal than 2013 and 2014. While both of the past two years turned in some weakly positive numbers here through the summer months, 2015 has been floating along just barely above zero. Listings are going pending at nearly the same rate that new listings are hitting the market. 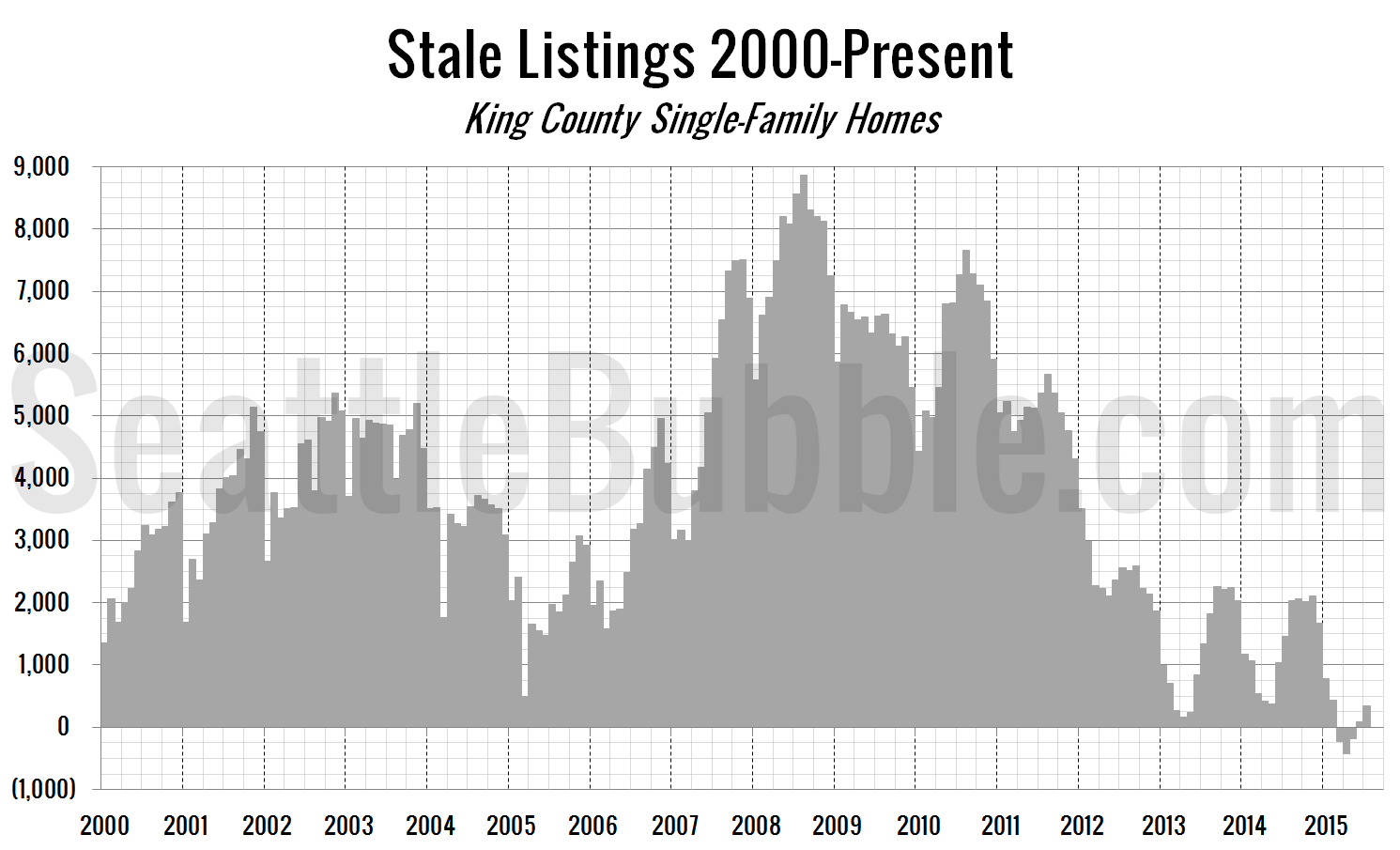 At least this number turned from the unprecedented negative range back into the positive, but we’re still looking at the lowest summer numbers ever.

Here’s hoping that 2015 is the bottom for listings.