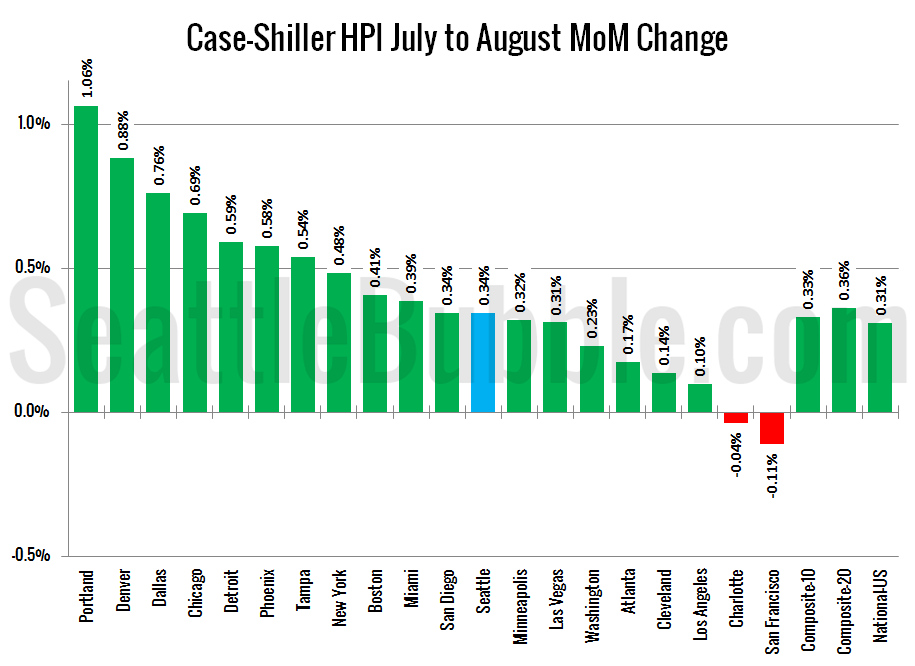 Last year at this time prices were flat month-over-month and year-over-year prices were up 6.5 percent.

The Seattle area’s month-over-month home price change was slightly smaller in August than the month before, but stronger than last year. As a result, the year-over-year pric change rose to its highest level since June of last year.

Seattle’s rank for month-over-month changes rose from #16 in July to #12 in August.

In August, four of the twenty Case-Shiller-tracked cities gained more year-over-year than Seattle (the same number as July):

Here’s the interactive chart of the raw HPI for all twenty cities through August. 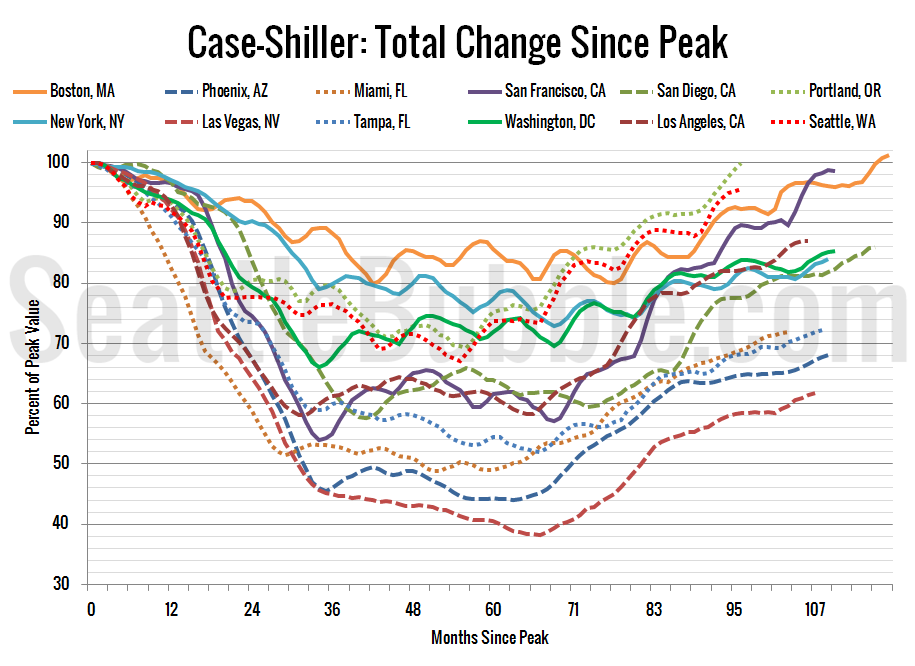 In the ninety-seven months since the price peak in Seattle prices are down 4.4 percent.

Lastly, let’s see what month in the past Seattle’s current prices most compare to. As of August 2015, Seattle prices are approximately where they were in September 2006. 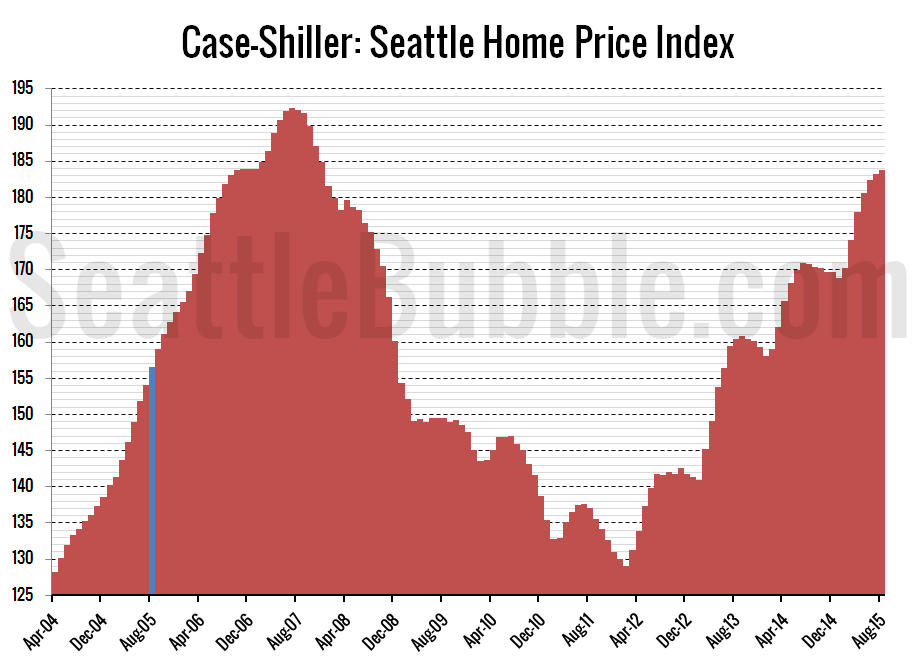