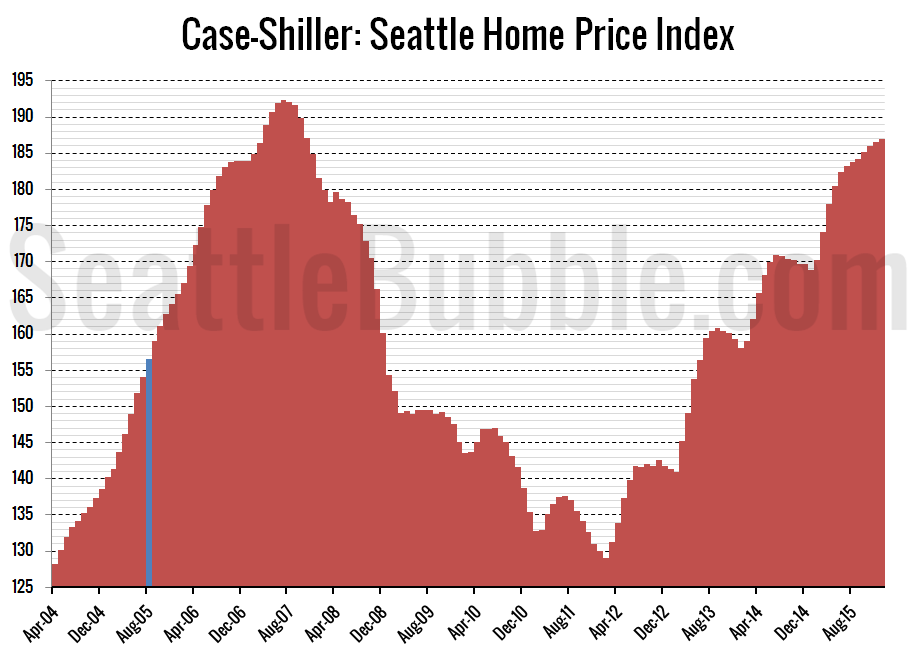 The Seattle area’s month-over-month home price change was positive again in January. Unlike the last few years, home prices did not dip the last few months of the year, but instead the gains just slowed down. This is similar to what happened in 2005 and 2006, although the affect was even stronger then. Meanwhile, the year-over-year price change in January jumped back up into double digits for the first time since April 2014, as well.

In summary: It is still a terrible market to be a home buyer in.

Seattle’s rank for month-over-month changes was flat at #8 January. 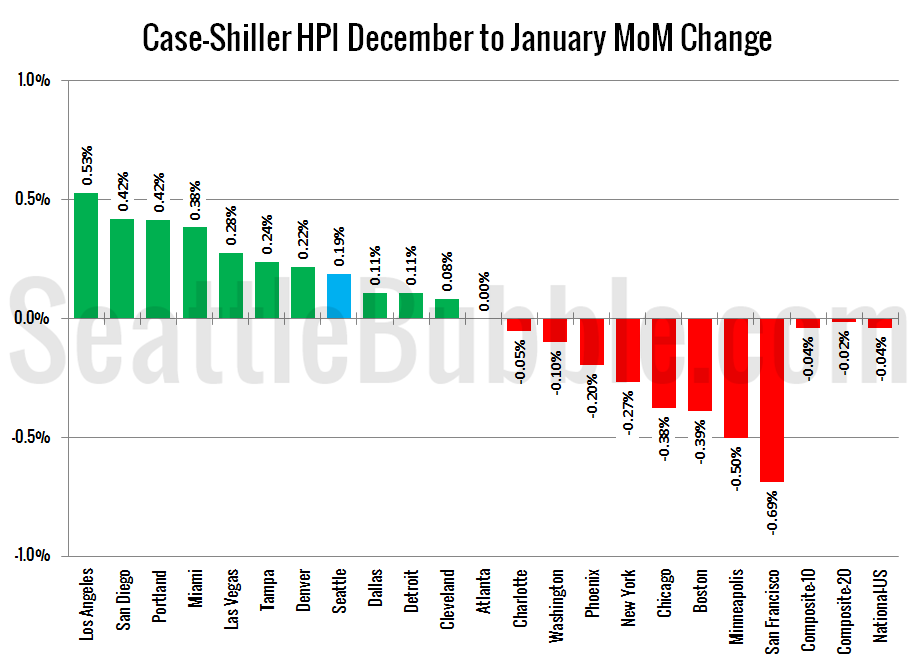 In January, just one of the twenty Case-Shiller-tracked cities gained more year-over-year than Seattle (two fewer than in December):

Clearly Washington and Oregon have an economy that is literally the envy of other states.

Here’s the interactive chart of the raw HPI for all twenty cities through January. 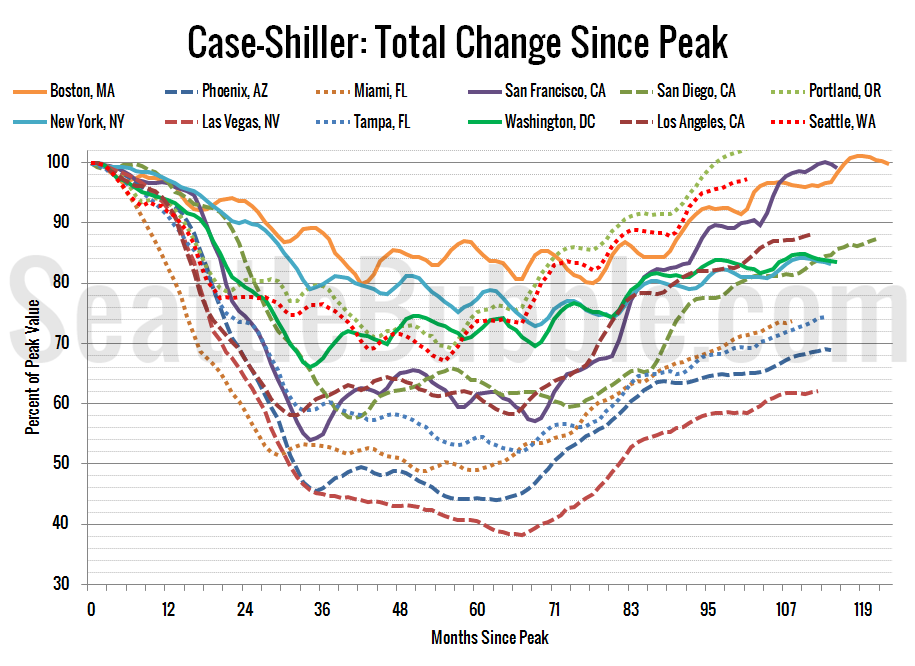 In the 102 months since the price peak in Seattle prices are down 2.8 percent.

Lastly, let’s see what month in the past Seattle’s current prices most compare to. As of January 2016, Seattle prices are still approximately where they were in March 2007. 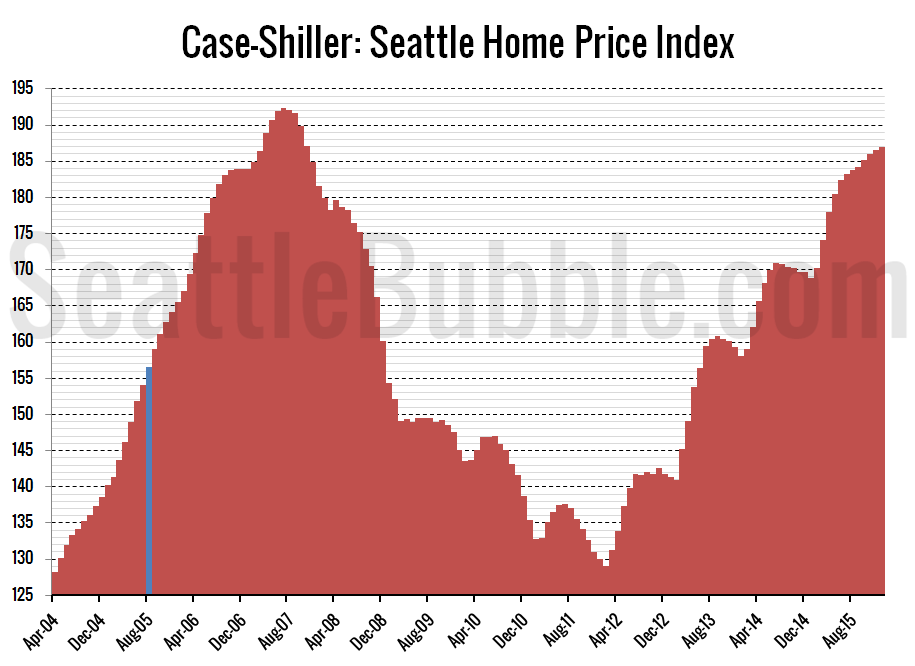