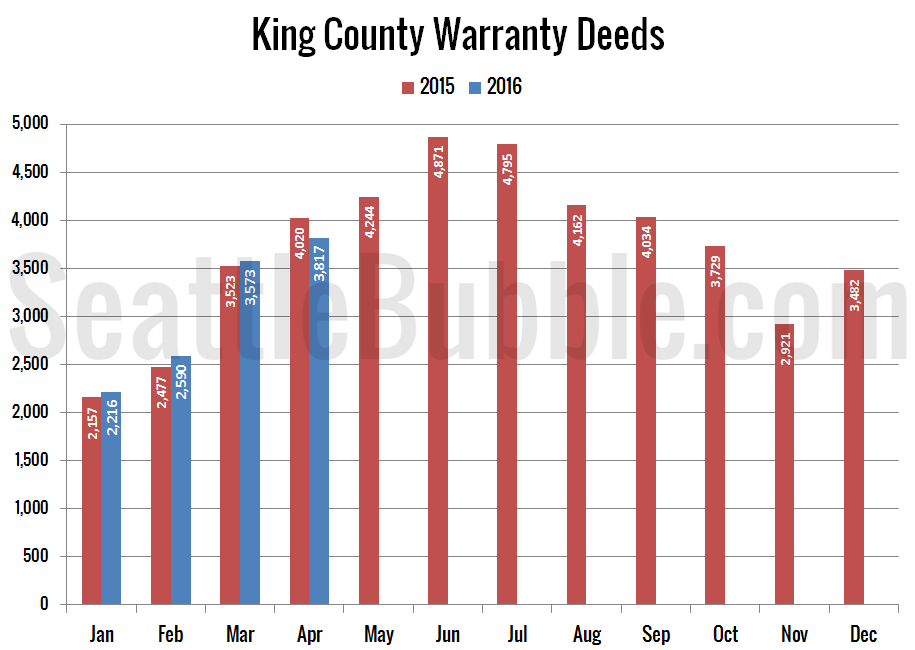 With April behind us, let’s have a look at our monthly stats preview. First up, here’s the snapshot of all the data as far back as my historical information goes, with the latest, high, and low values highlighted for each series: 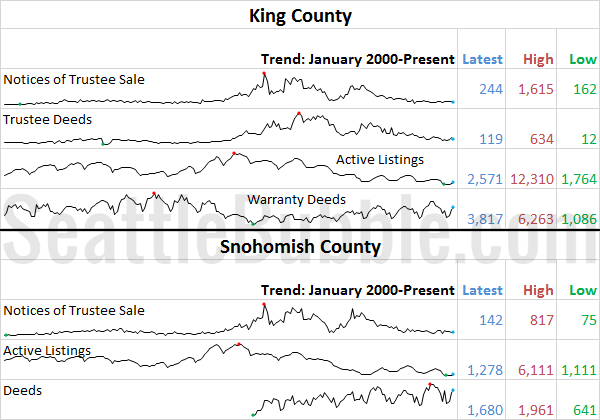 Inventory is still extremely low, but in King County the month-over-month increase was the largest (in percentage terms) that we have ever seen. Snohomish also saw a good sized month-over-month gain, but both counties are still below last year’s inventory level. Meanwhile sales were down from a year earlier in both counties, and foreclosures continued to be near their historic lows. 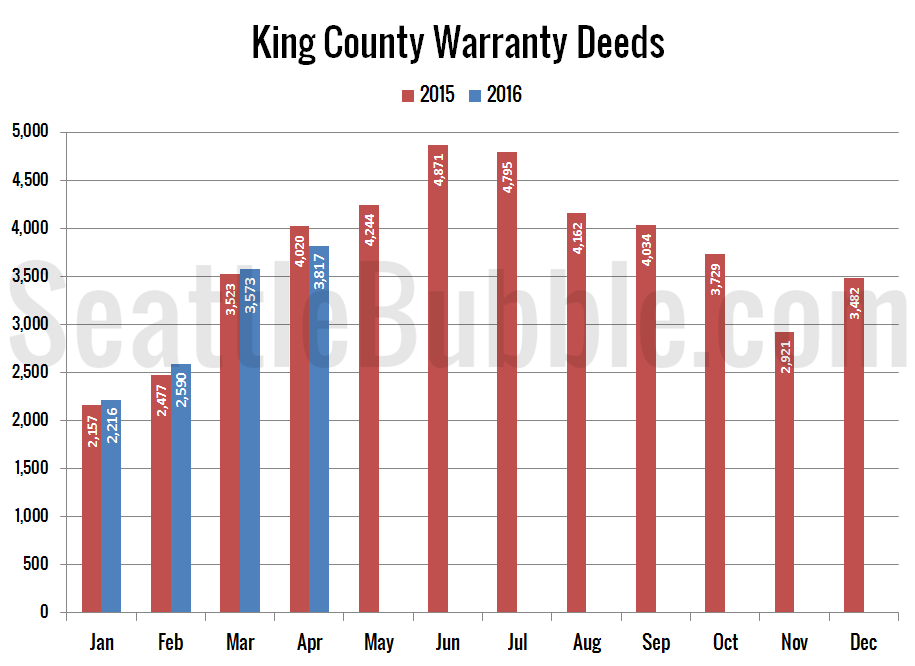 Sales in King County increased 7 percent between March and April (a year ago they rose 14 percent over the same period), and were down 5 percent year-over-year. Are we beginning to reach a saturation point on home prices? Perhaps buyers are starting to balk, which would manifest in decreased sales and increasing standing inventory… 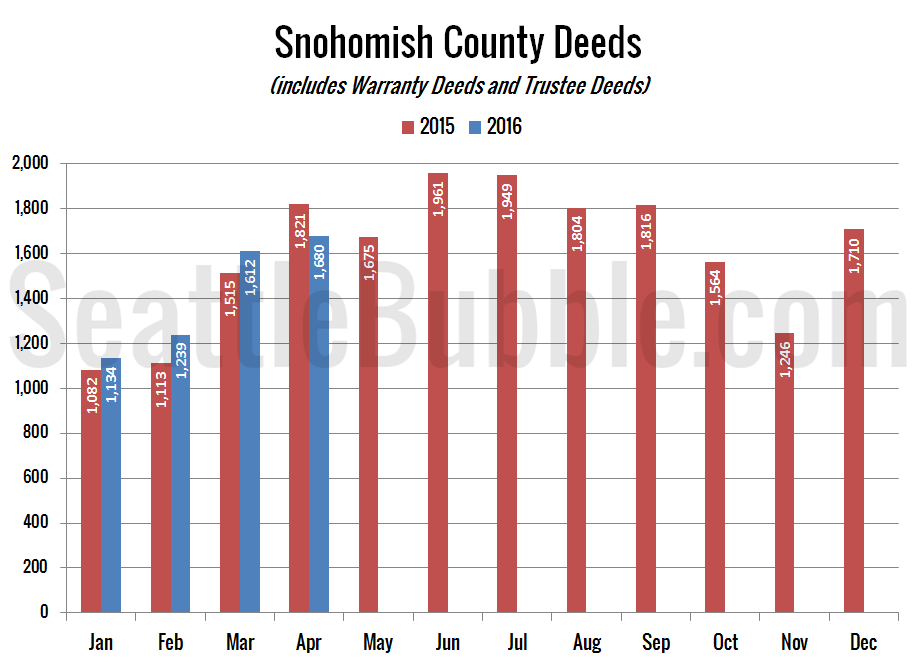 Deeds in Snohomish rose 4 percent month-over-month (vs. a 20 percent increase in the same period last year) and were down 8 percent from April 2015. 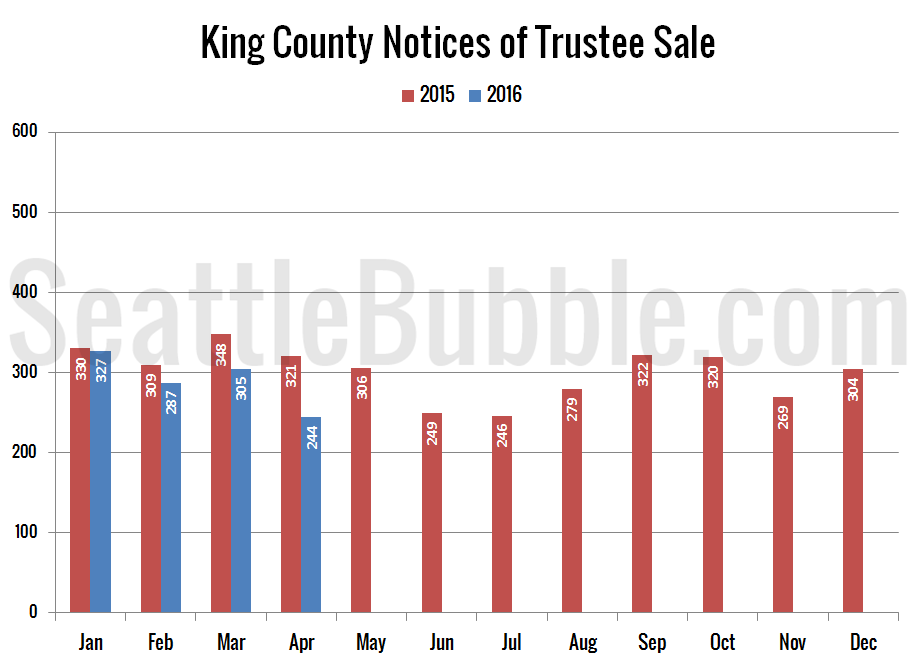 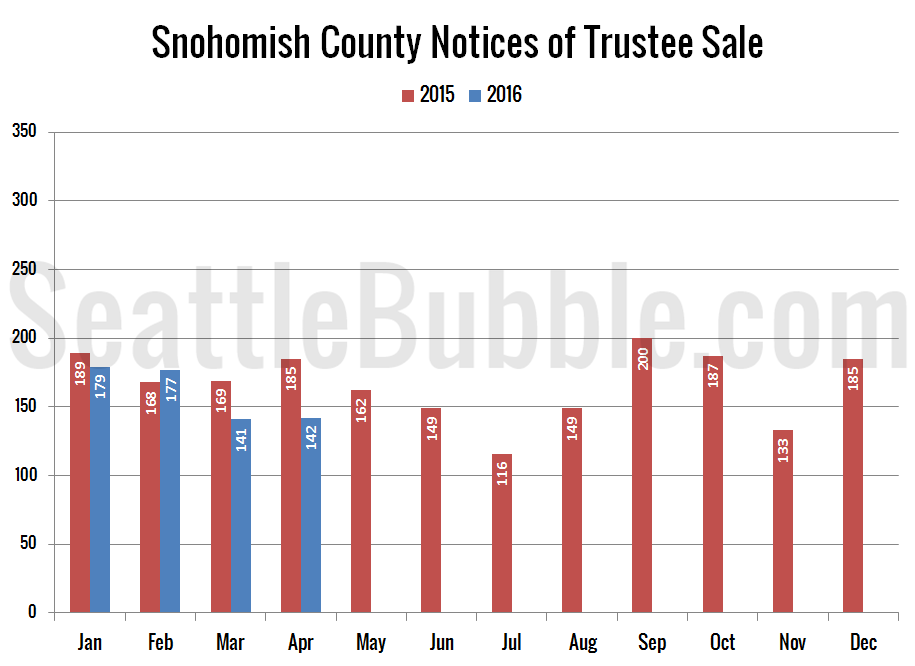 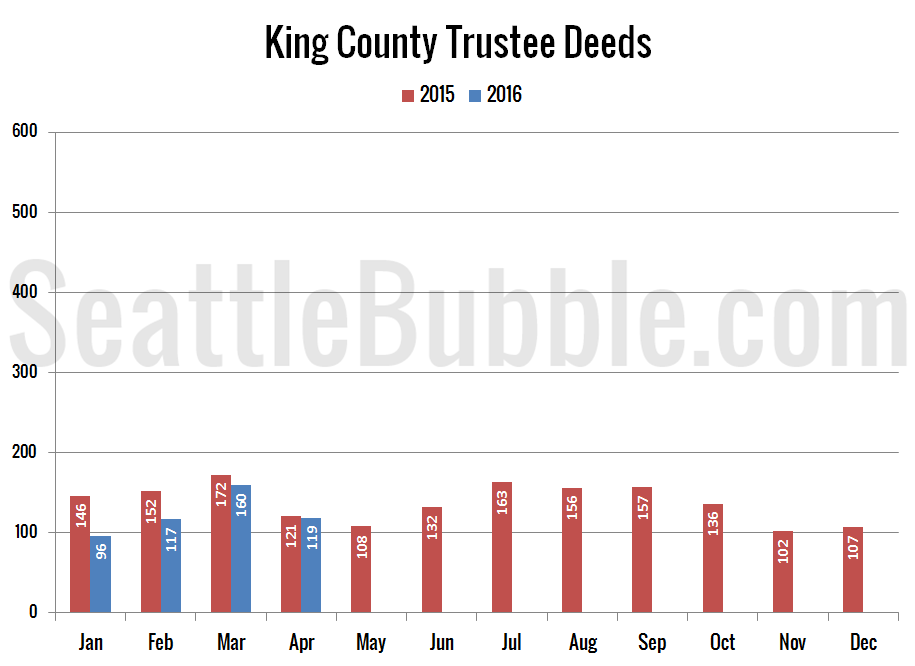 Trustee Deeds were down 2 percent from a year ago. 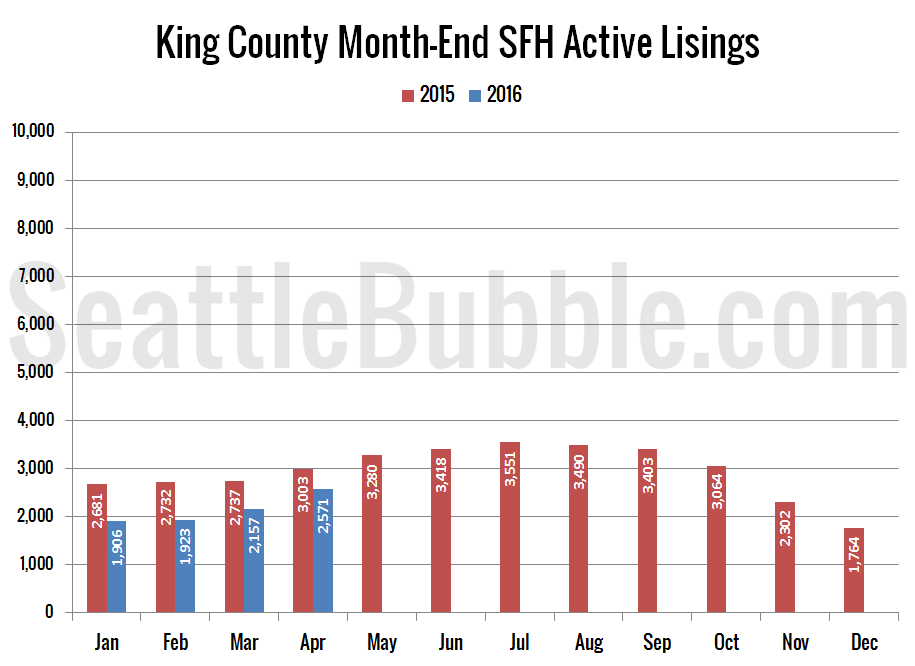 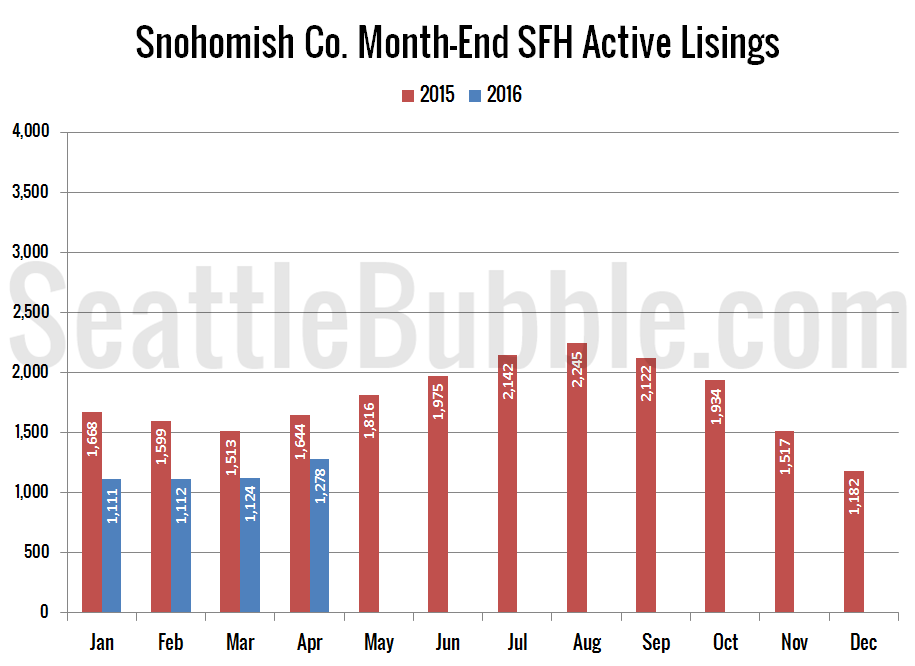