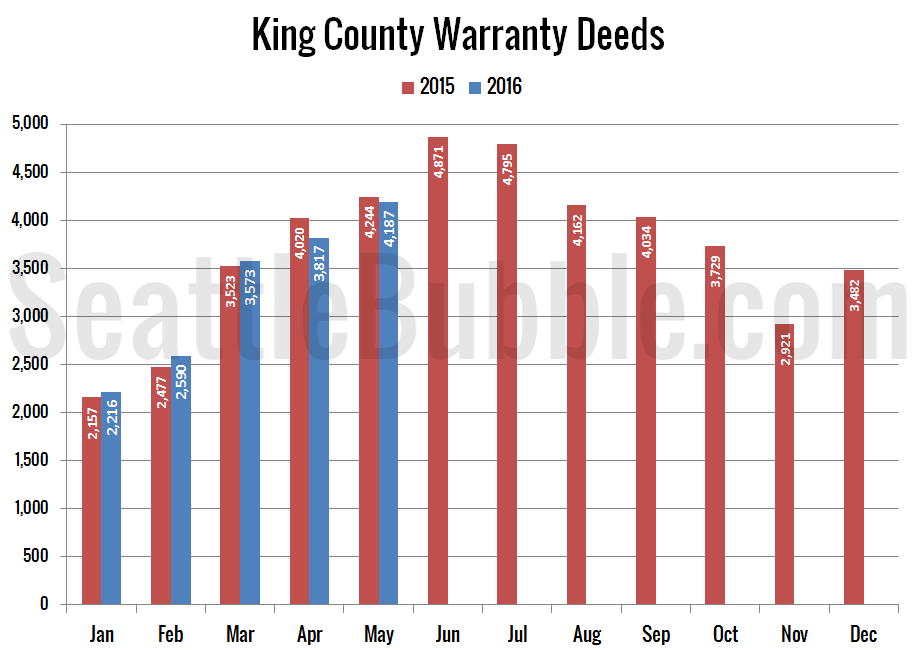 This post is a little tardy, but I wanted to make sure these charts were posted nonetheless. I’ll post yesterday’s NWMLS numbers a little later this morning. First up, here’s the snapshot of all the data as far back as my historical information goes, with the latest, high, and low values highlighted for each series: 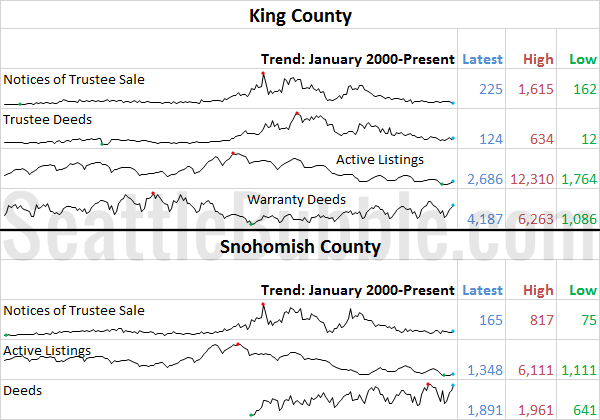 Unfortunately there isn’t really any good news in the May data for home buyers. Sales remain strong and inventory is still flatlined near all-time lows. Foreclosures also remain near their all-time low levels. 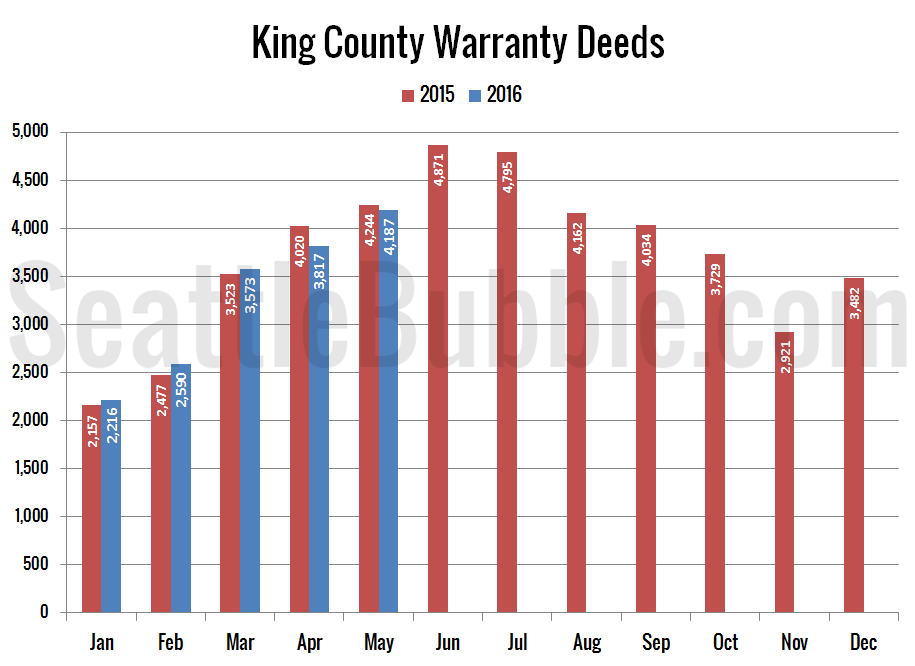 Sales in King County increased 10 percent between April and May (a year ago they rose 6 percent over the same period), and were down 1 percent year-over-year. Still a slight decrease from the previous month during a time that typically sees gains, but overall sale levels are still fairly strong. It doesn’t look like competition is going to lighten up much this year. 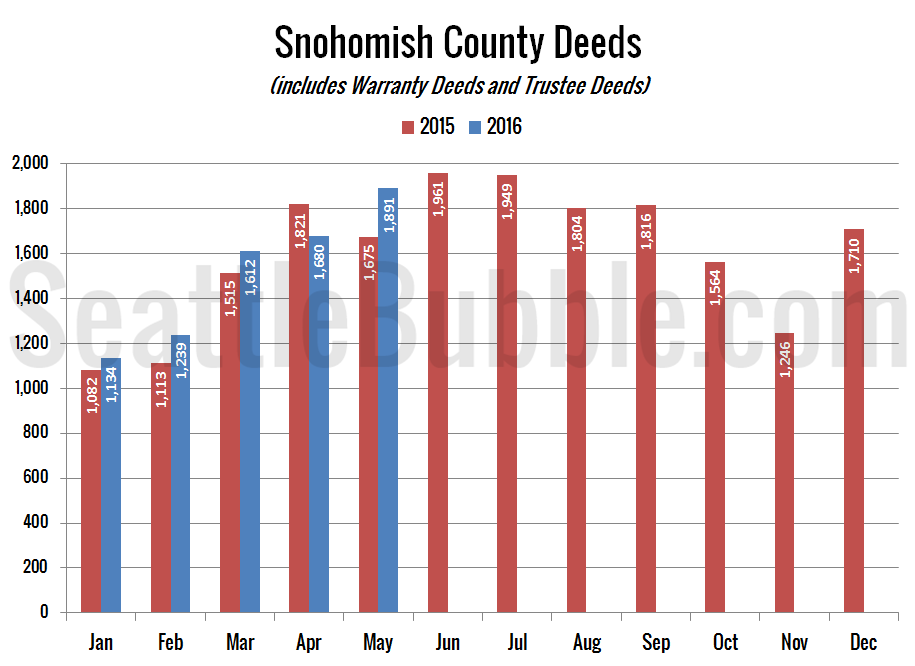 Deeds in Snohomish rose 13 percent month-over-month (vs. an 8 percent decrease in the same period last year) and were up 13 percent from April 2015. 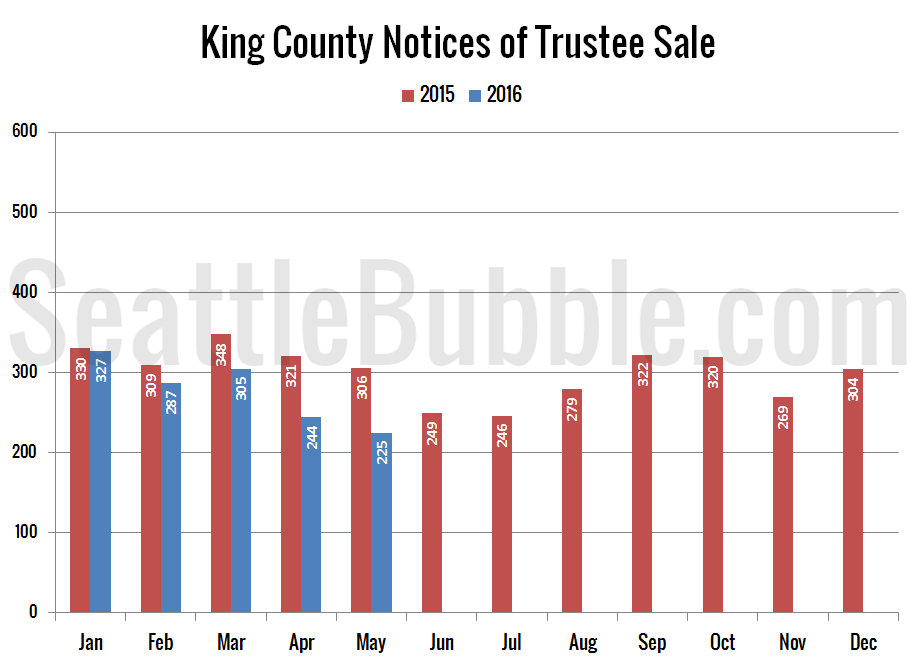 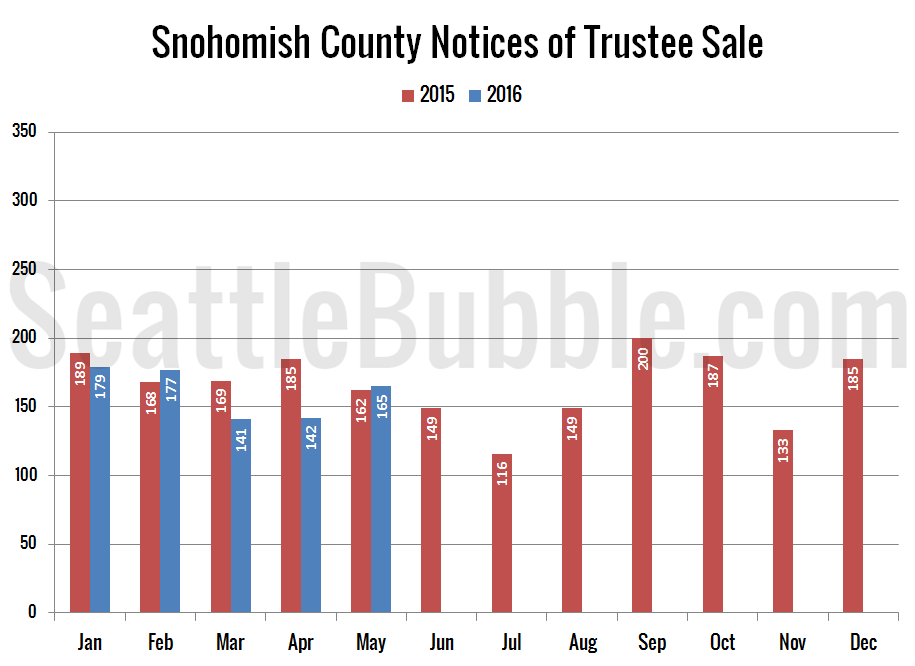 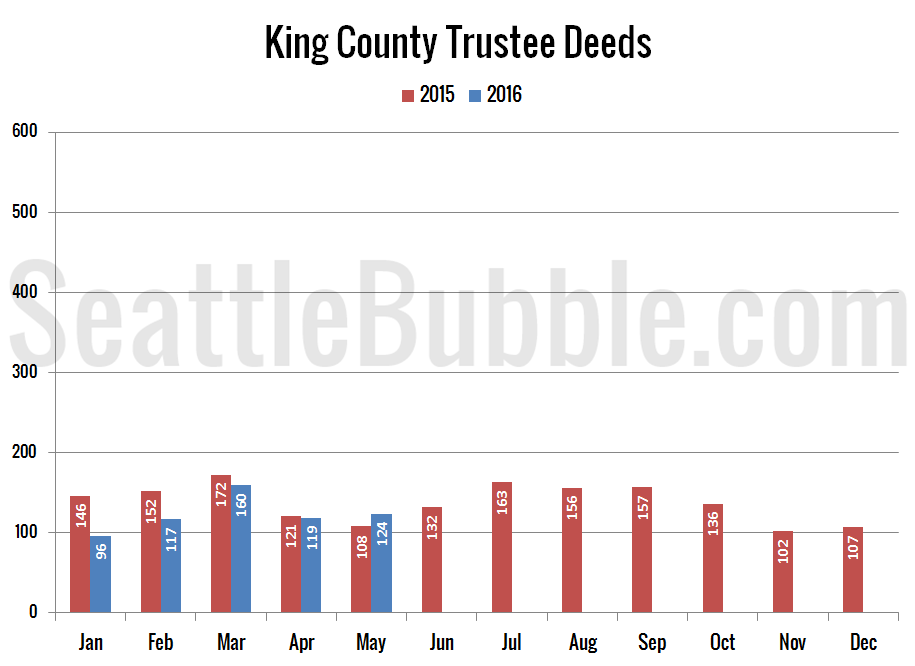 Trustee Deeds were up 15 percent from a year ago. 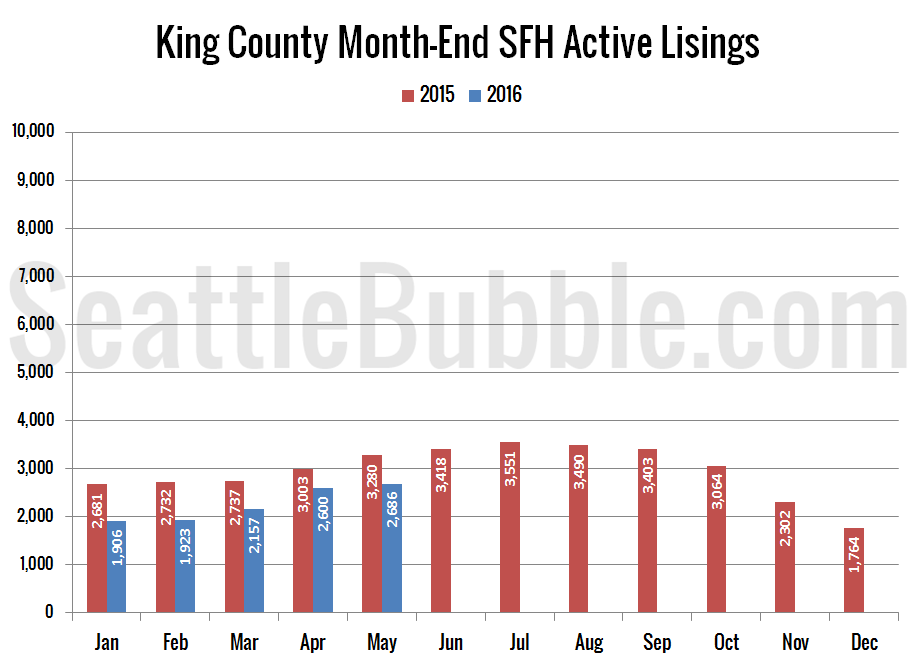 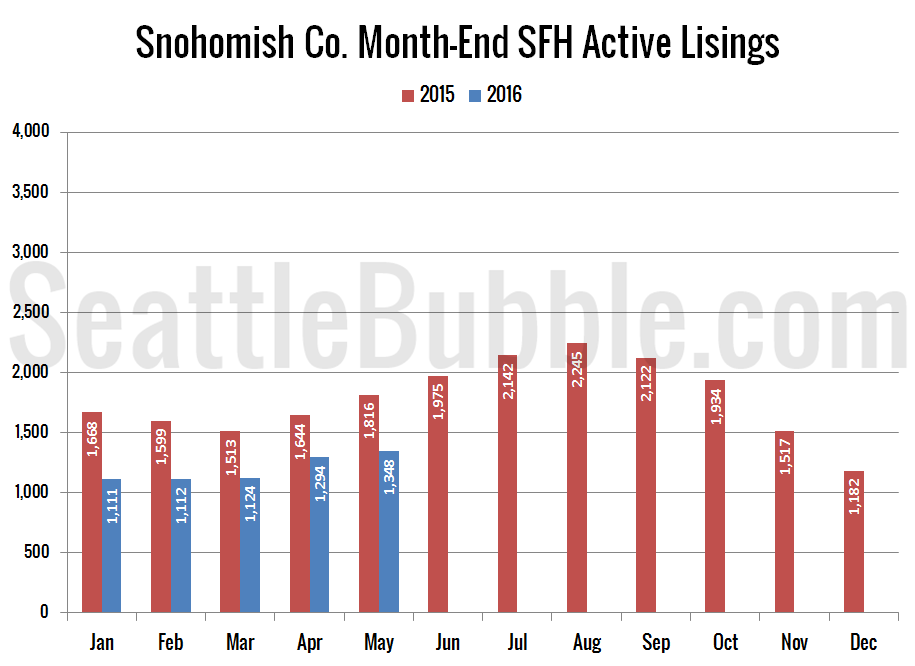