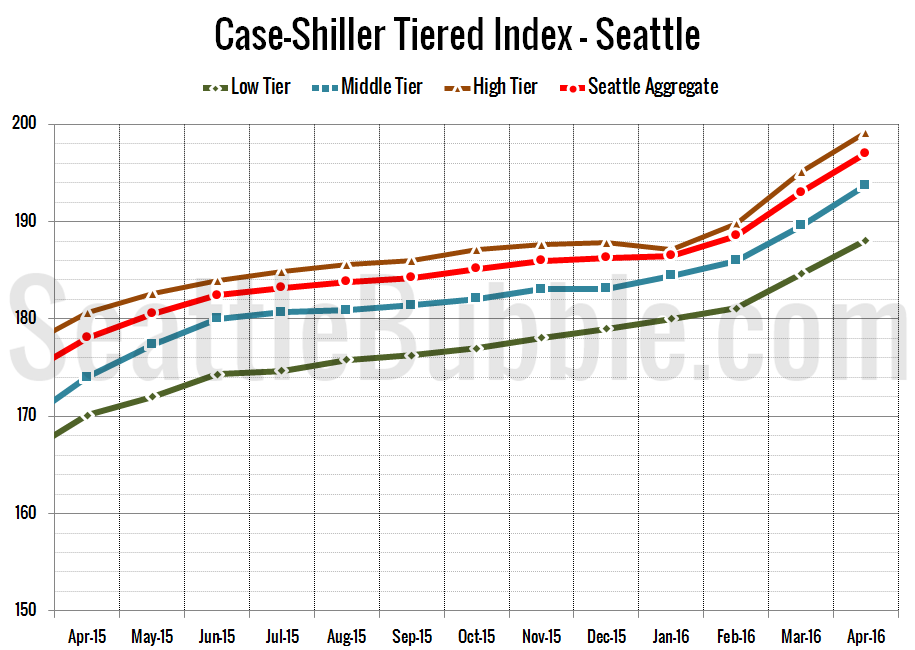 First up is the straight graph of the index from January 2000 through April 2016. 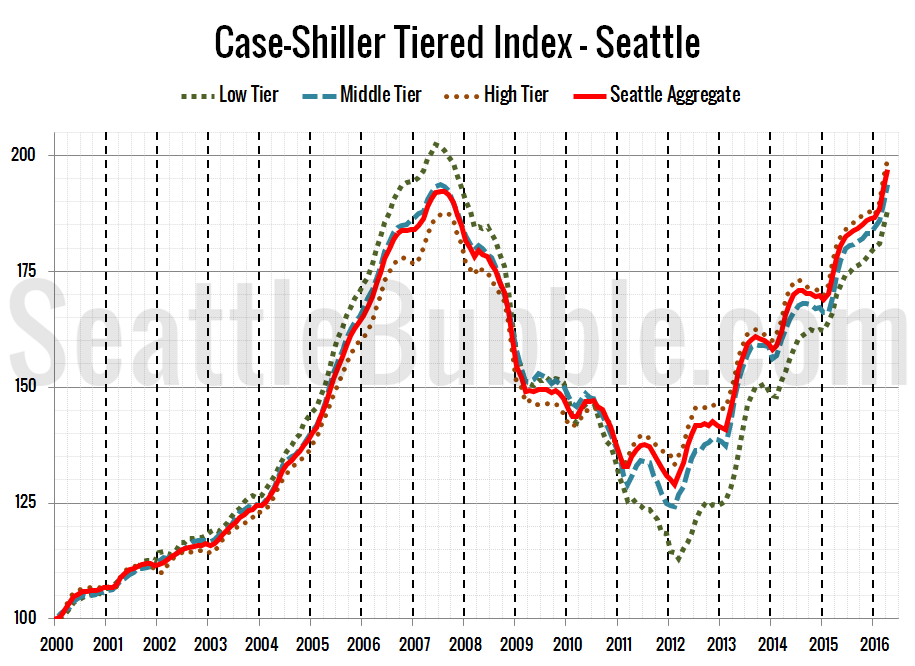 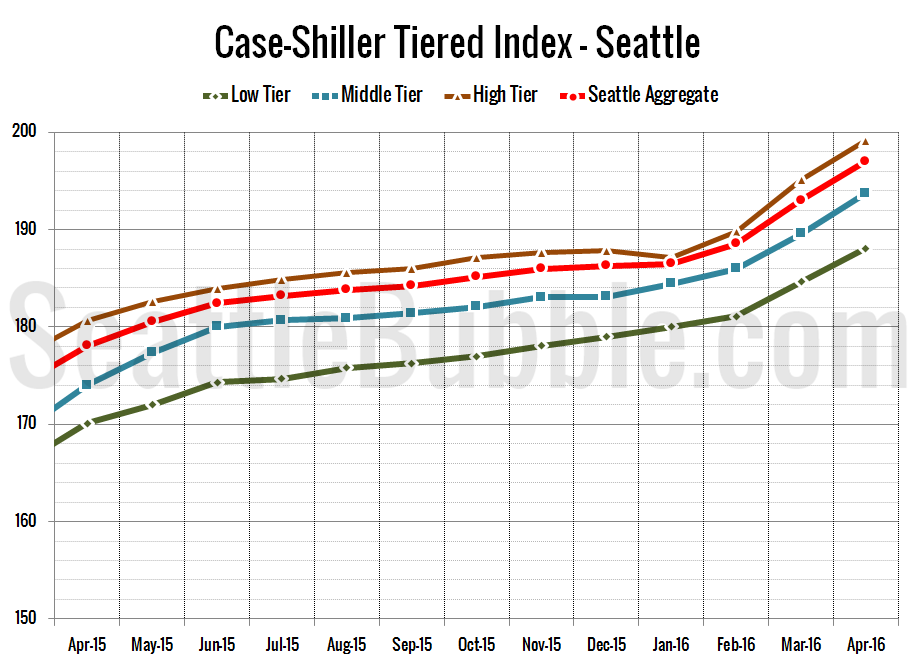 All three tiers increased once again in April.

Between March and April, the low tier increased 1.9 percent, the middle tier rose 2.2 percent, and the high tier was up 2.0 percent.

Here’s a chart of the year-over-year change in the index from January 2003 through April 2016. 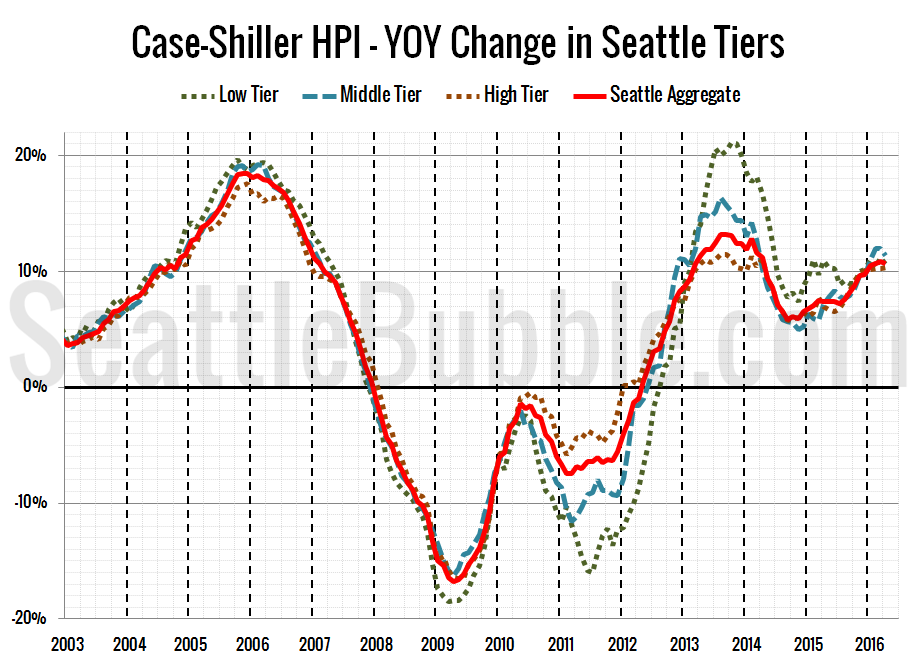 Year-over-year price growth in April was larger than it was in March for the high tier, but dropped slightly for the low and middle tiers. All three tiers are still seeing double-digit year-over-year price increases. Here’s where the tiers sit YOY as of April – Low: +10.6 percent, Med: +11.3 percent, Hi: +10.3 percent. 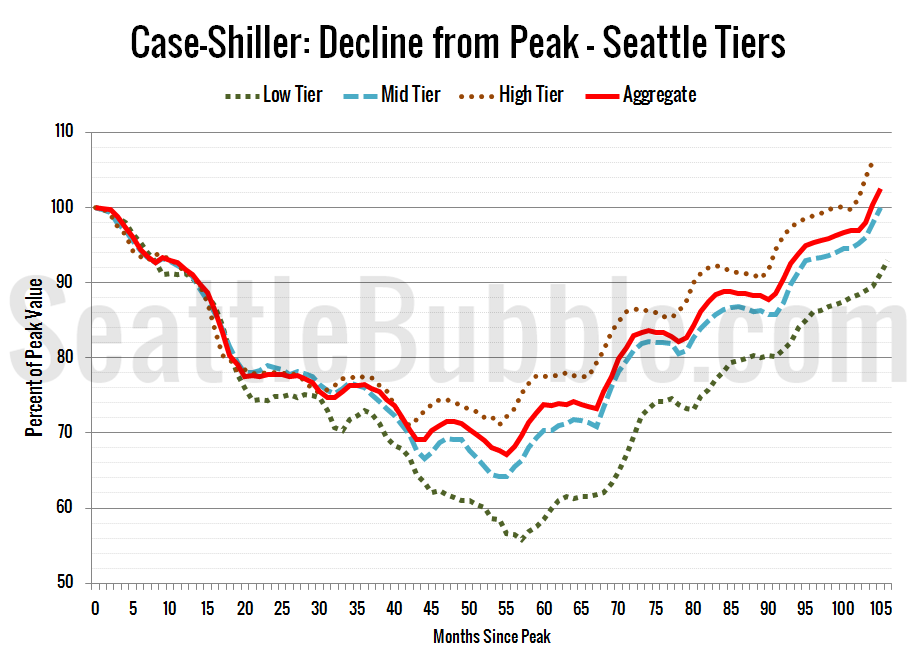