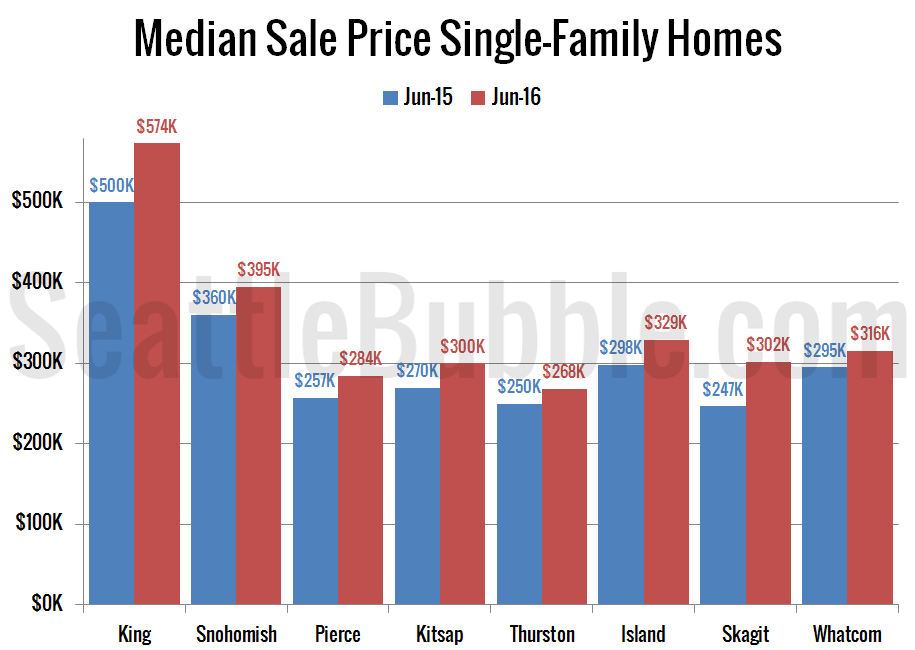 Let’s have a look at our housing stats for the broader Puget Sound area. Here’s your June update to our “Around the Sound” statistics for Pierce, Kitsap, Thurston, Island, Skagit, and Whatcom counties.

Prices are up across the board from a year ago. Skagit turned in the largest increase on a percentage basis. 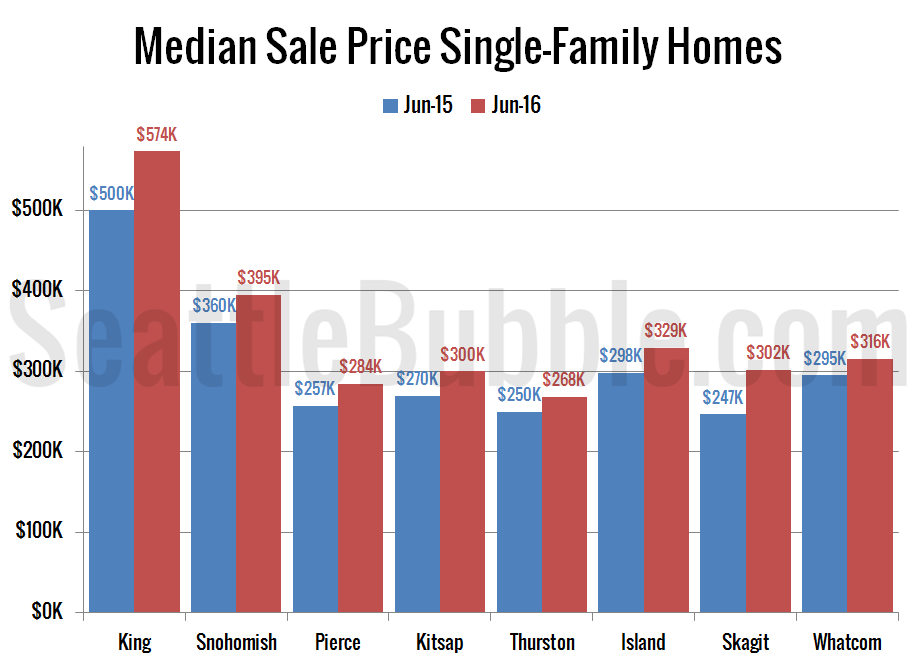 Listings are down from a year ago across the board, but the drop in King County is actually the smallest that it’s been in a while, down “just” seven percent. The biggest dips were in Snohomish and Pierce Counties, which were both down by over 20 percent from a year earlier. 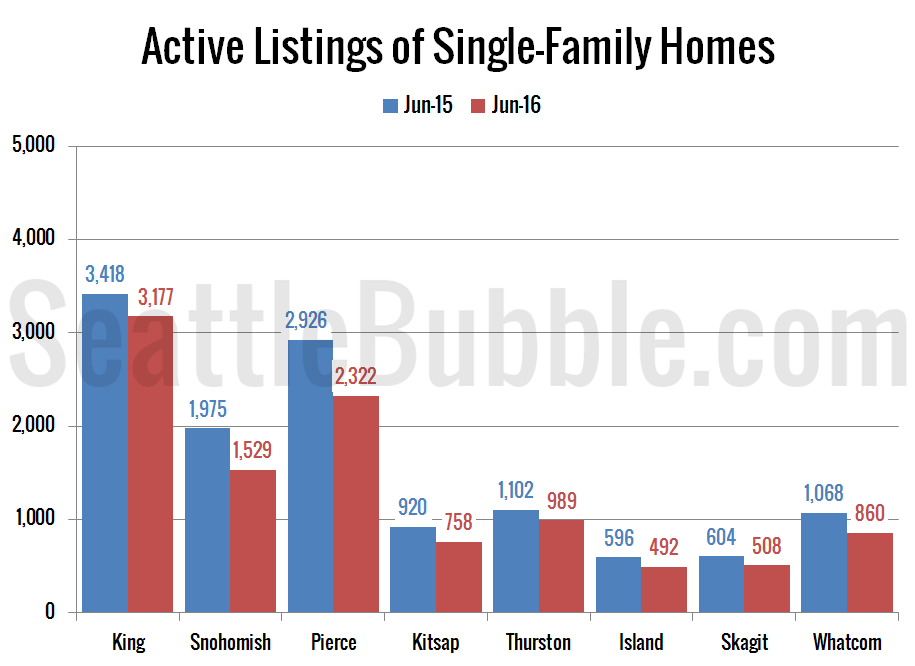 Closed sales were up in every county except King in June. The biggest gains were in Island County, which saw closed sales increase 34 percent from a year ago. Kitsap, Pierce, and Skagit also had double-digit gains. 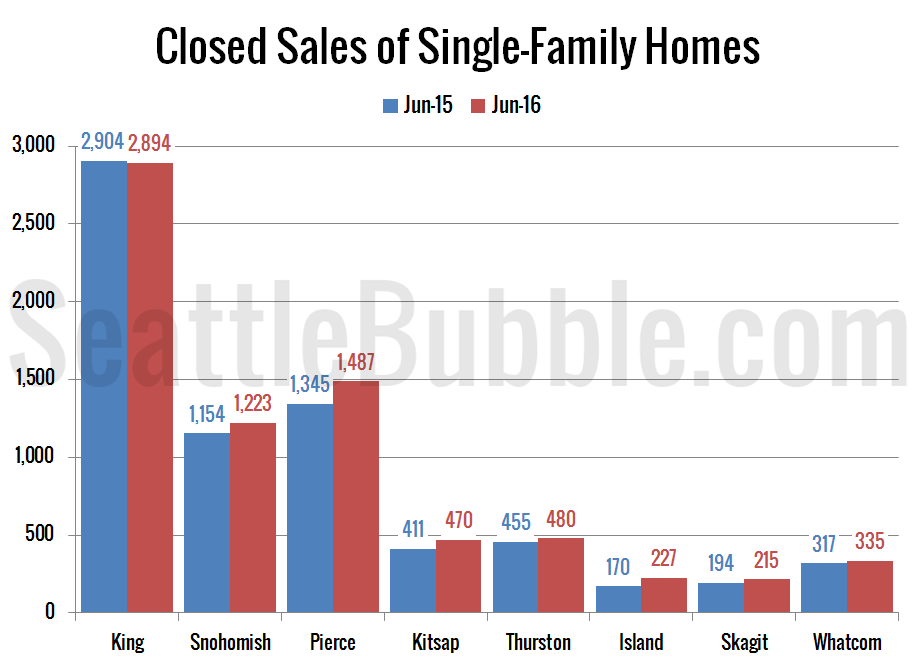 Months of supply is downright bleak for buyers across the board. Every single county had fewer months of supply this June than it did a year ago. It’s still a very strong seller’s market everywhere. 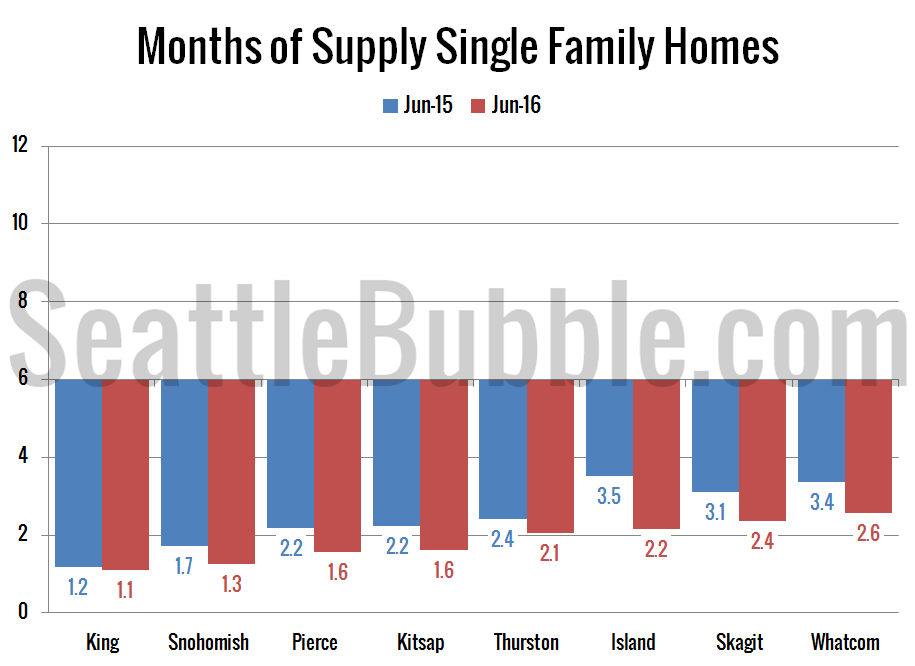 Finally, here’s a chart comparing the median price in March to the 2007 peak price in each county. King, Snohomish, and Whatcom counties have all posted prices above the previous peak, while the rest of the counties are still just barely shy of hitting that mark. 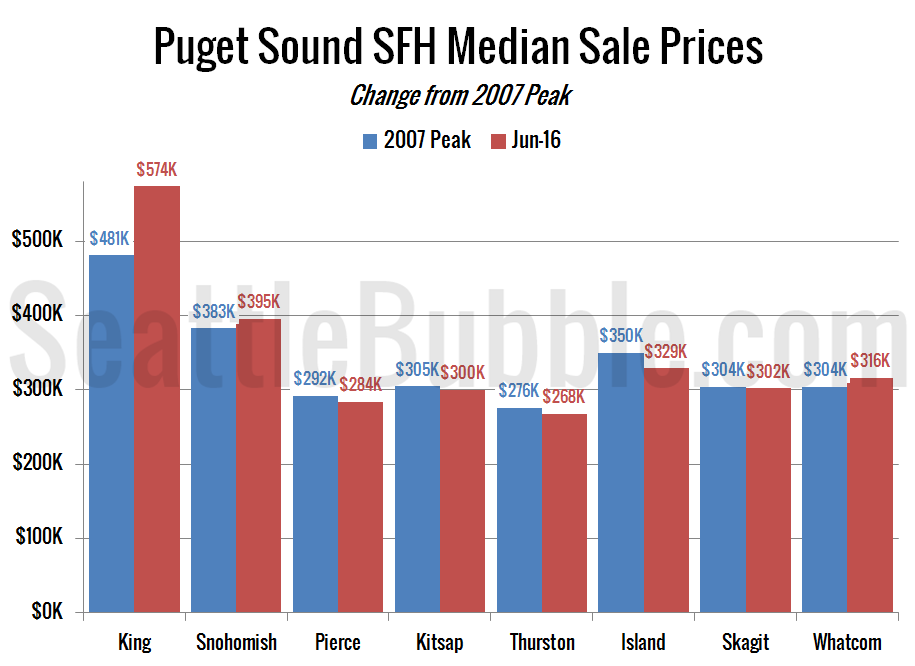 In summary: The market is still demoralizing for buyers. Oddly, it’s slightly less terrible in King County than it is everywhere else, but that’s not saying much.