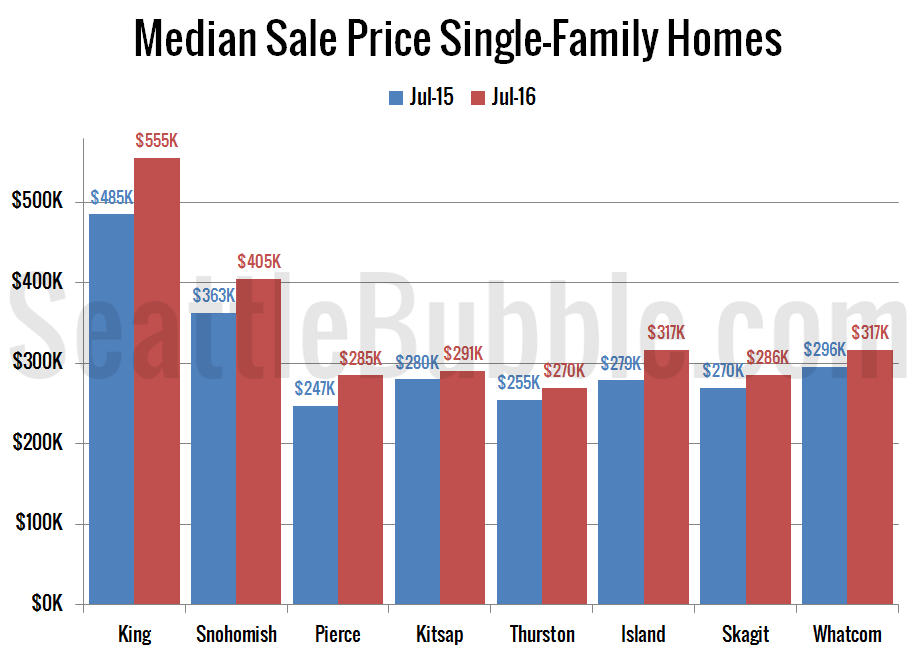 King and Pierce counties saw the biggest bump in prices compared to a year ago, King was the only county that isn’t still bleeding inventory, and a few other counties joined King in seeing sales slip.

Here’s the chart of median prices compared to a year ago. Every county was up, with King, Snohomish, Pierce, and Island all still seeing double-digit gains. The smallest gains were in Kitsap and Skagit counties. 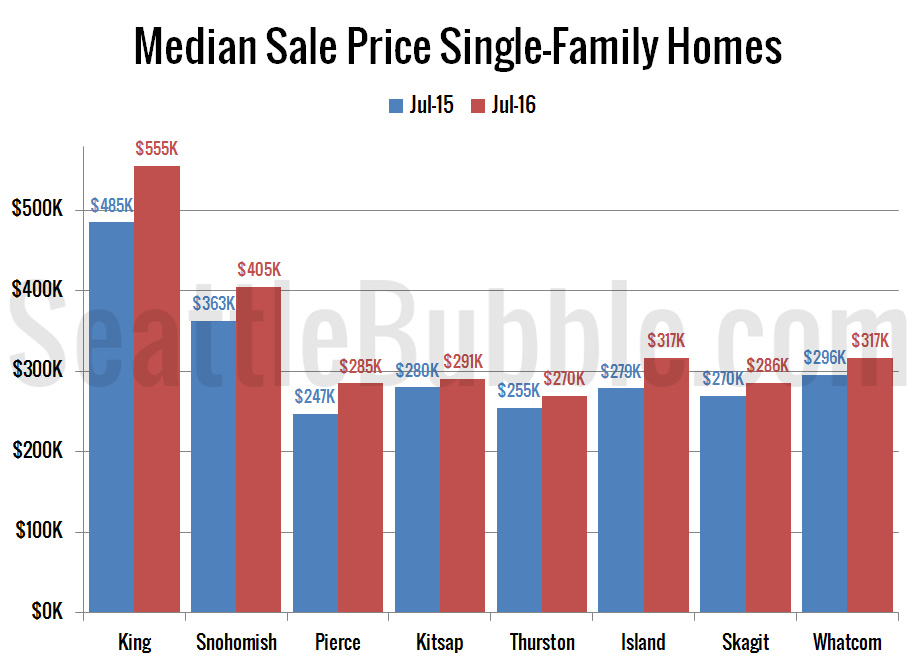 Listings were down significantly from a year earlier in most counties. King County was the exception to the trend, with listings basically flat from a year earlier. The biggest drop in listings was in Whatcom County, followed very closely by Snohomish County. 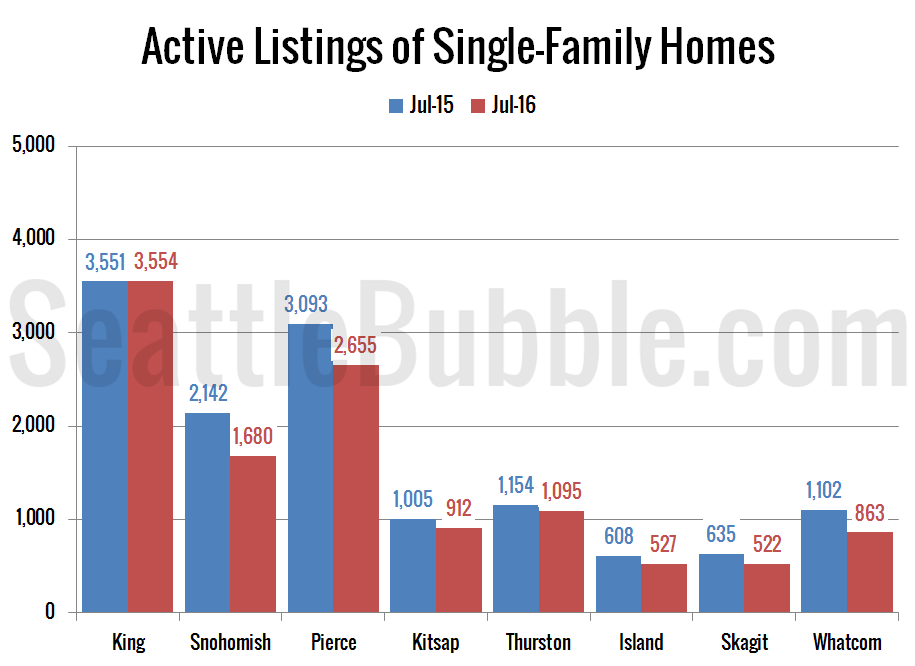 A few other counties joined King in the sales decline in July. King, Kitsap, Island, and Whatcom counties all saw fewer sales in July than a year earlier. Pierce was basically flat. 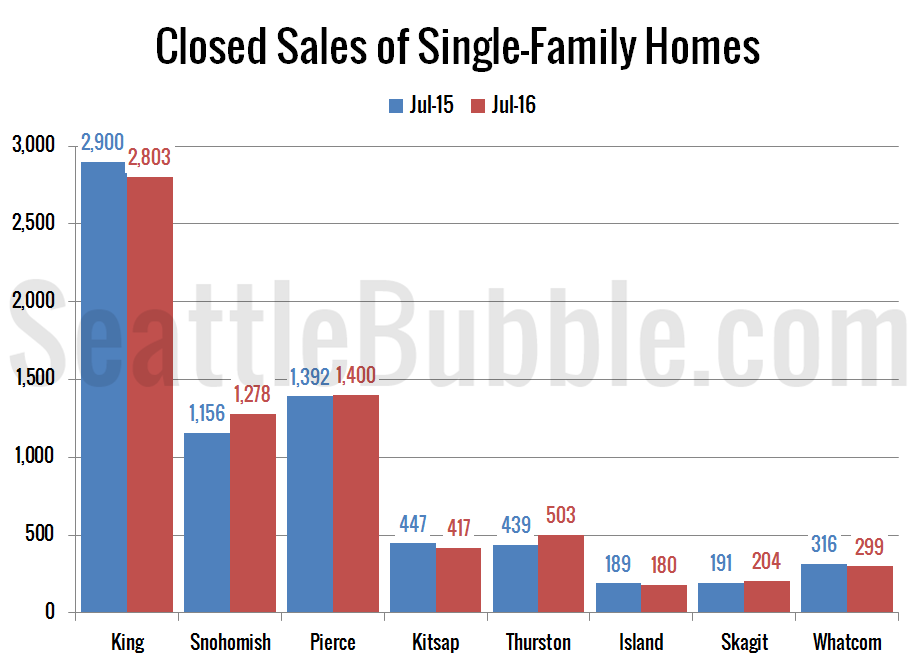 Months of supply is still terrible for buyers across the board. We’ll need quite a few more months of increasing inventory and decreasing sales before we start to see anything even remotely resembling a trend toward a buyer’s market for months of supply. 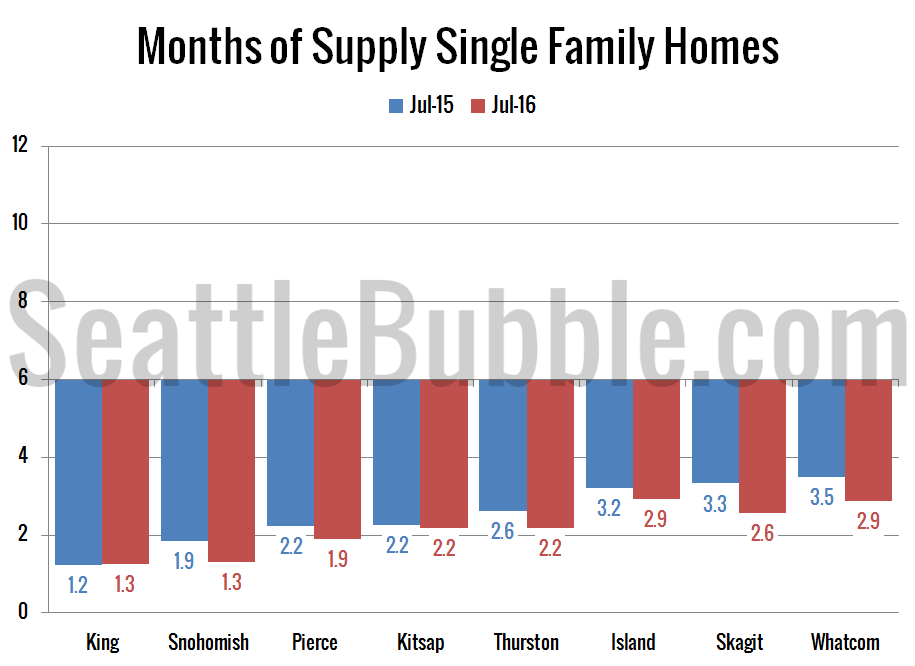 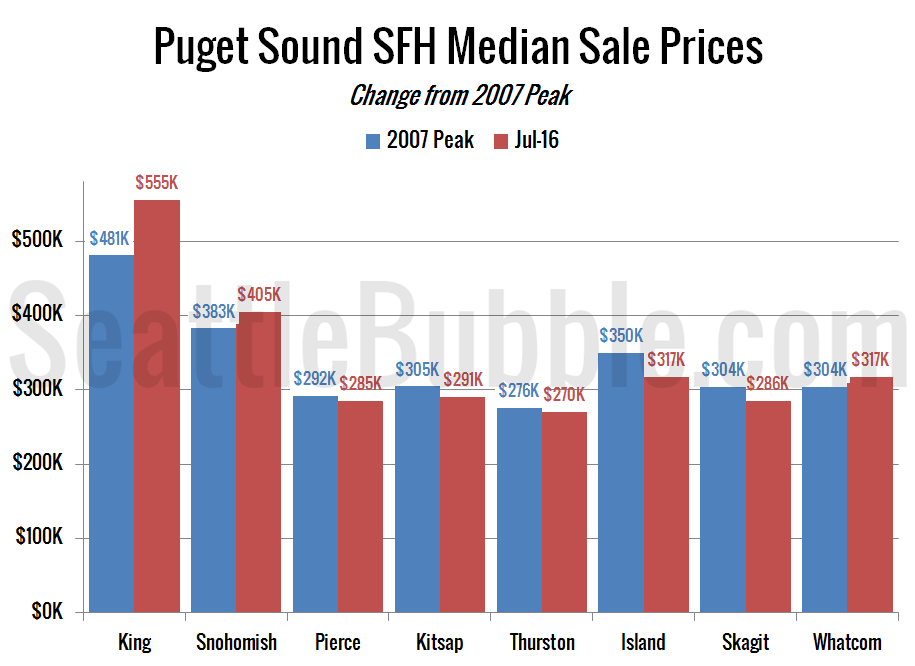 In summary: It’s still a strong seller’s market, and will most likely continue to be at least through the end of this year. We’re seeing a few signs of moderation, but they are fairly weak, and not enough to flip the market very quickly.