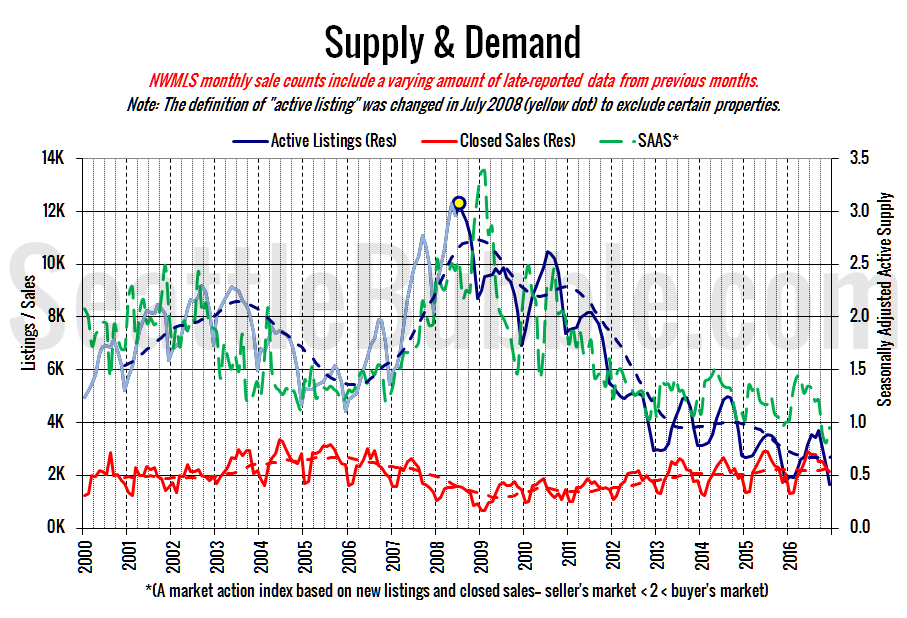 Like many other months of 2016, December was frustrating for buyers across Washington state as they encountered depleted inventory and rising prices. Post-election hikes in interest rates – with more on the horizon — added to would-be homeowners’ worries.
…
“The housing market remains frenzy hot on a seasonal basis,” exclaimed J. Lennox Scott. Noting sales activity was substantially higher than the number of new listings, he said such conditions “continue to foster a competitive market where homebuyers are just waiting for the next new listing to come on the market.”

It must get tiring to be so pumped up all the time about overpriced homes.

Basically another terrible month for home buyers. Inventory hit an all-time low, but despite that, sales were actually up from a year ago. The one good note is that prices have been flat for the last three months. Small comfort. 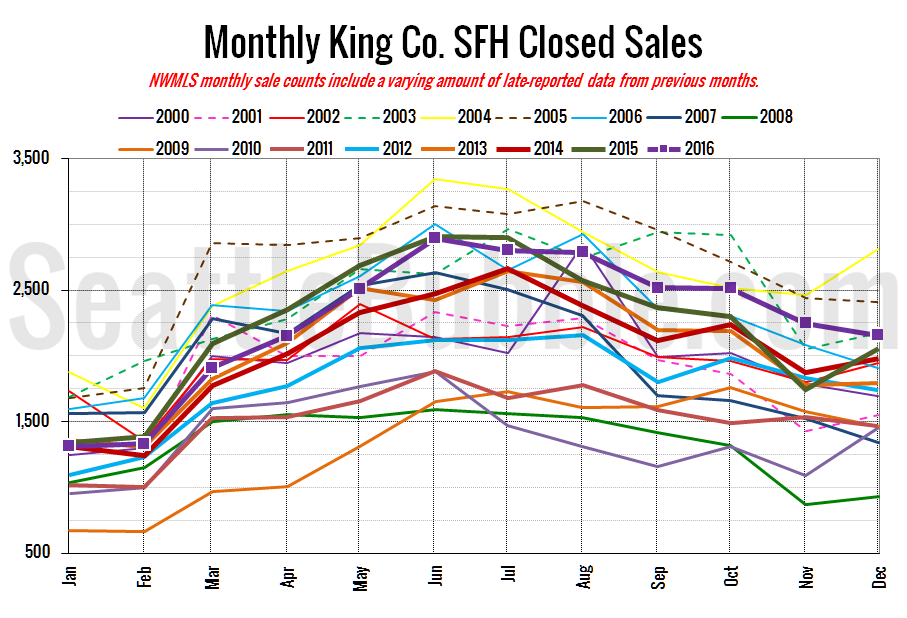 Closed sales fell slightly from November to December, but were up a bit from a year ago. 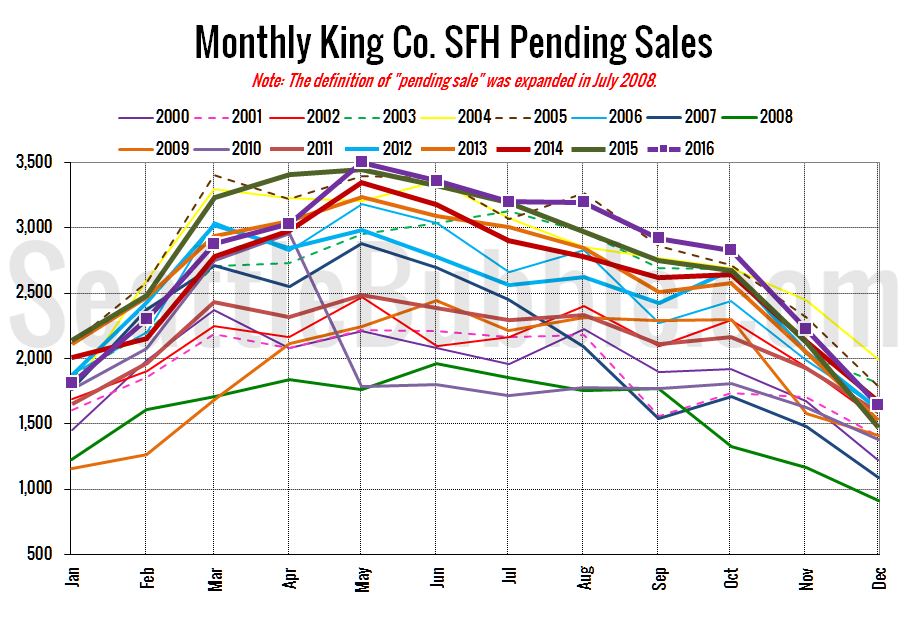 Pending sales fell twenty-six percent in December, but were also still up year-over-year, by eleven percent. 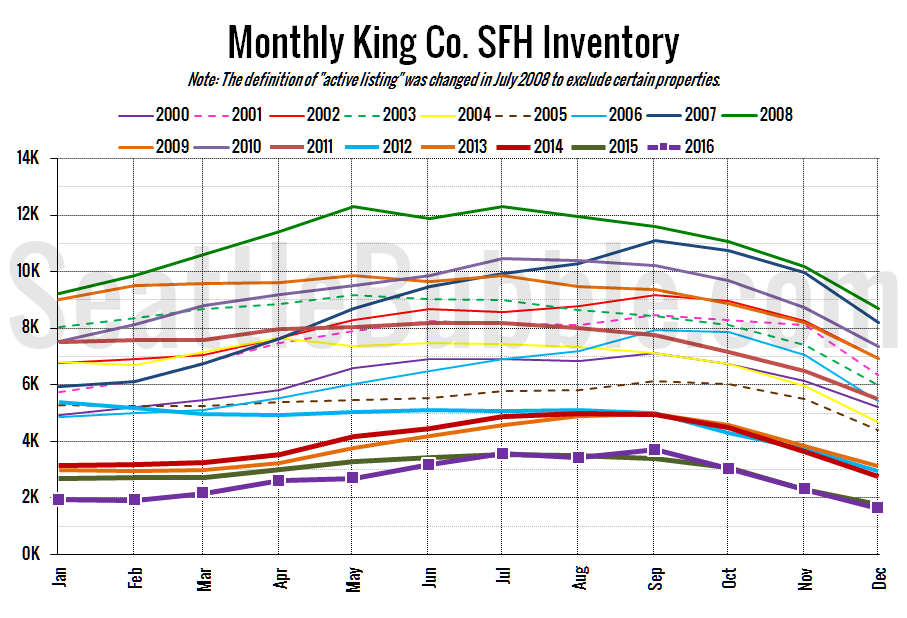 Listings fell 29 percent from November to December, which is a fairly standard drop for this time of year. However, what is not standard is the absolute level of listings, which is now at an all-time low. 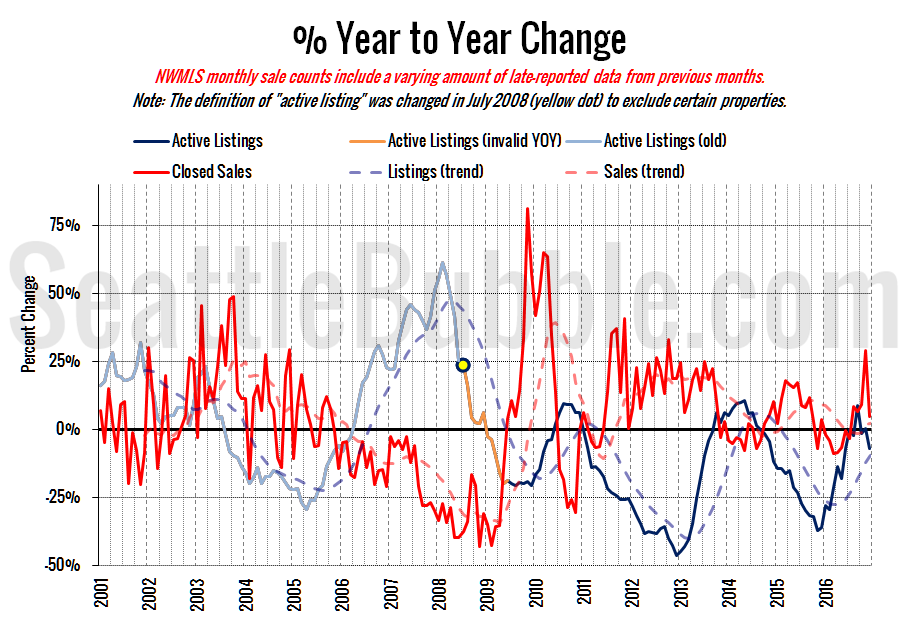 At least the demand line in this chart moved closer to zero instead of powering even higher. Still strongly in seller’s market territory, but at least not getting worse. 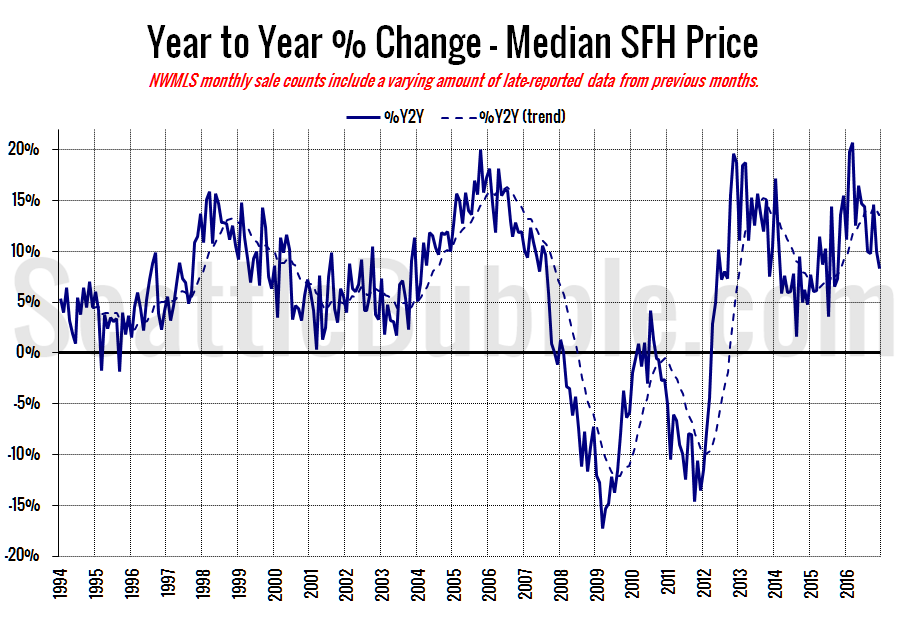 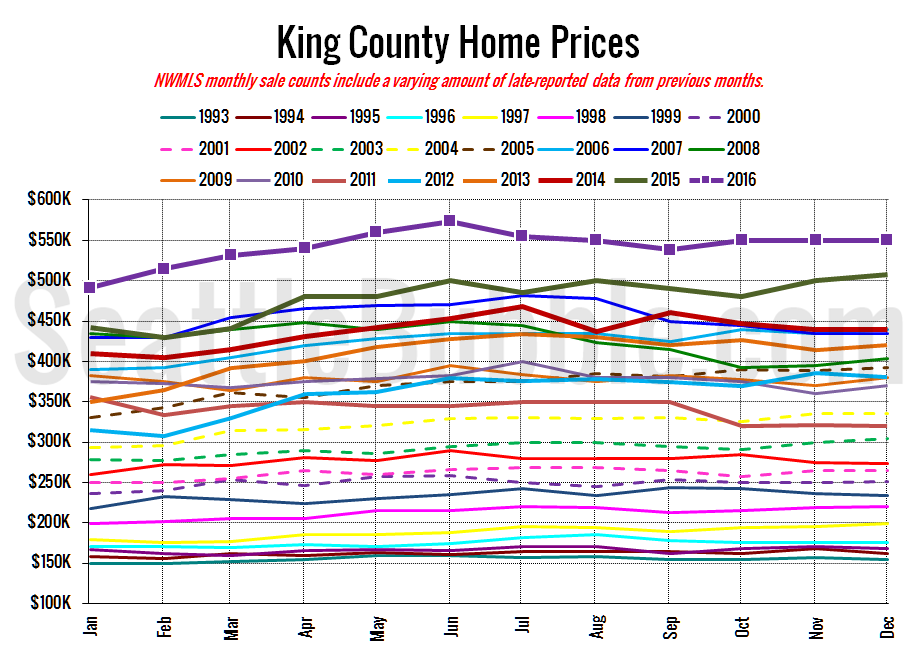 Given the extreme lack of inventory, it is somewhat surprising that home prices have stayed flat the last few months.