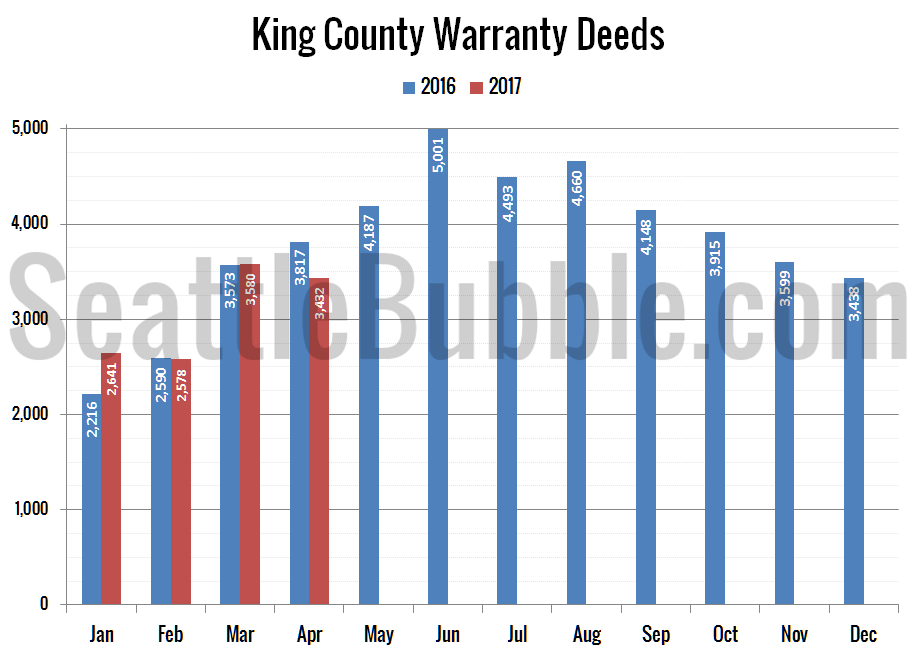 NWMLS posted their stats yesterday, but I still want to share the regular monthly “preview” charts here. Now that April done let’s take a look at the local housing market stats for the month. Short story: Inventory is still almost non-existent, and it seems to be finally putting somewhat of a damper on sales. 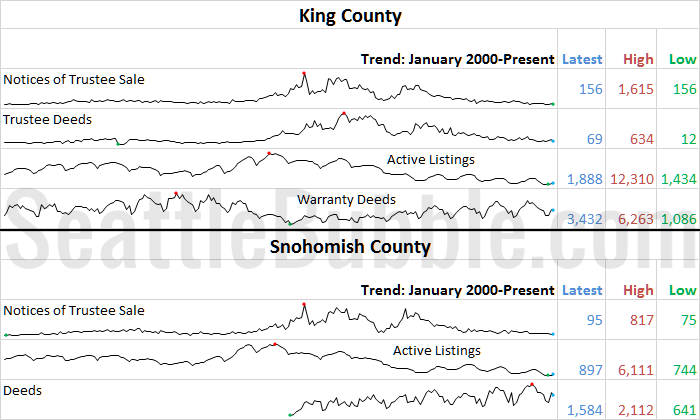 Sales slipped slightly between March and April in both counties. Listings increased month-over-month, but it was a very weak gain for this time of year. 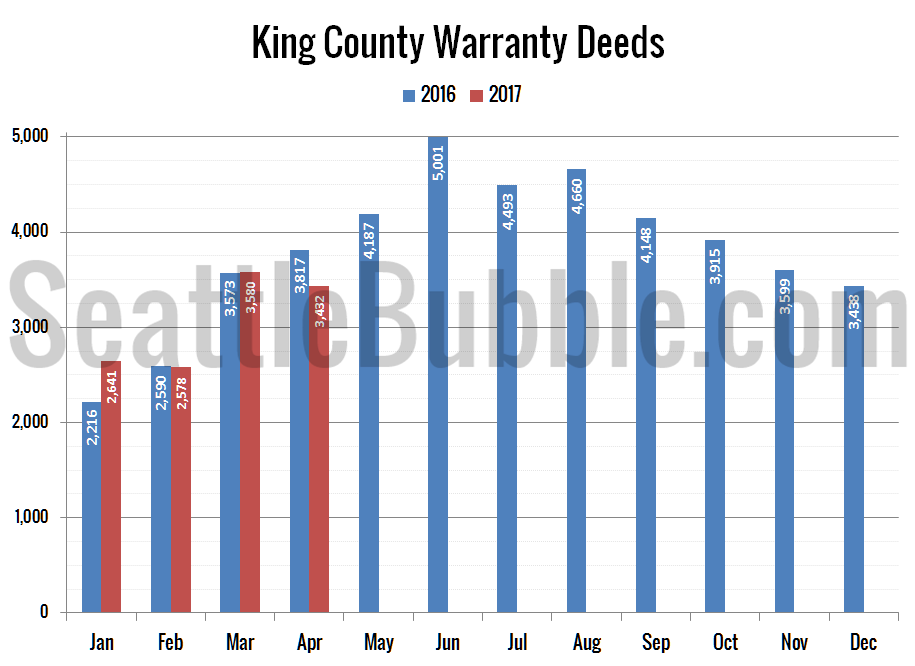 Sales in King County dropped four percent between March and April (a year ago they rose seven percent over the same period), and were down ten percent year-over-year. 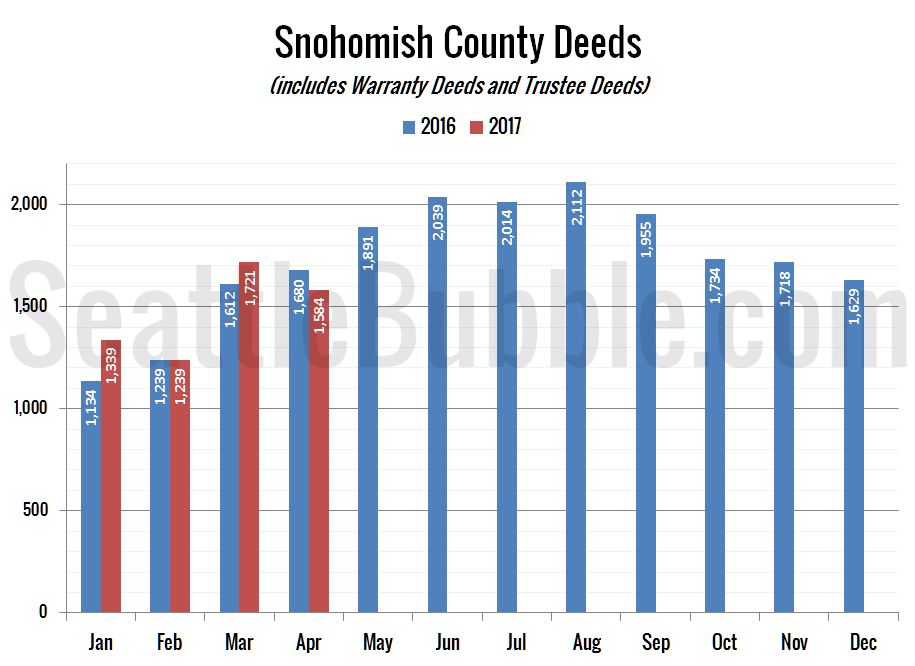 Deeds in Snohomish fell eight percent month-over-month (vs. a four percent increase in the same period last year) and were down six percent from April 2016. 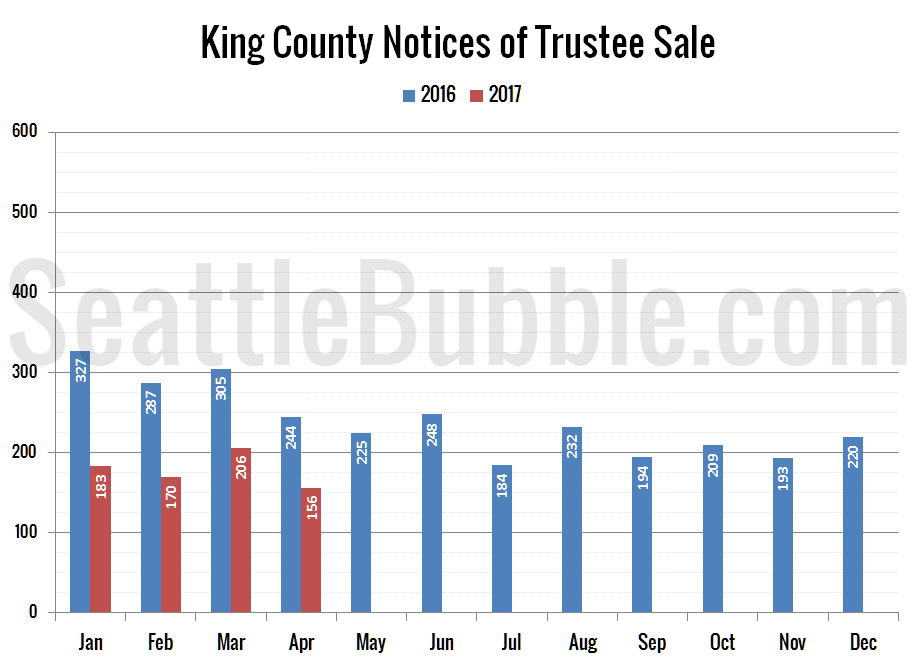 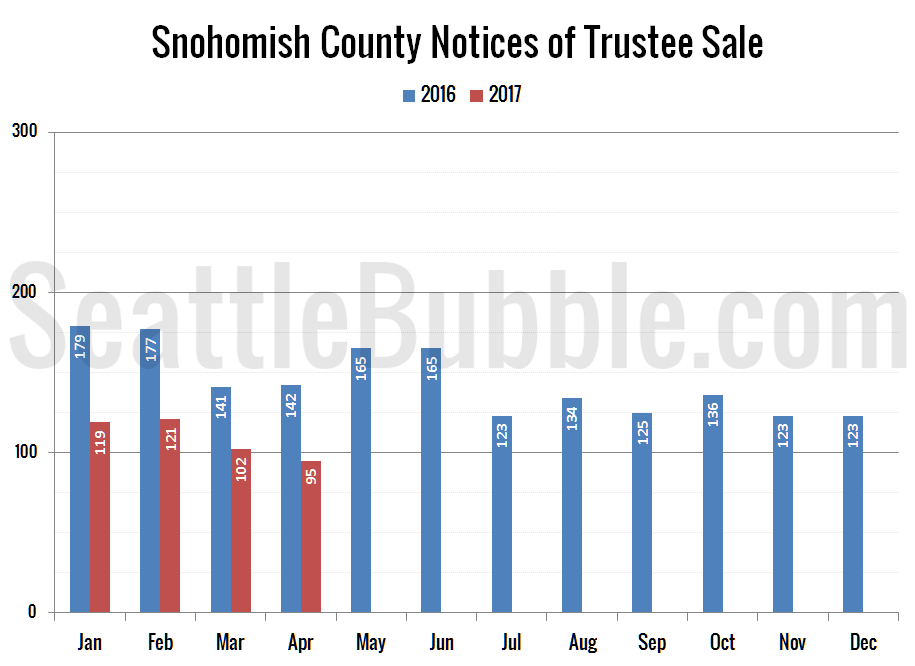 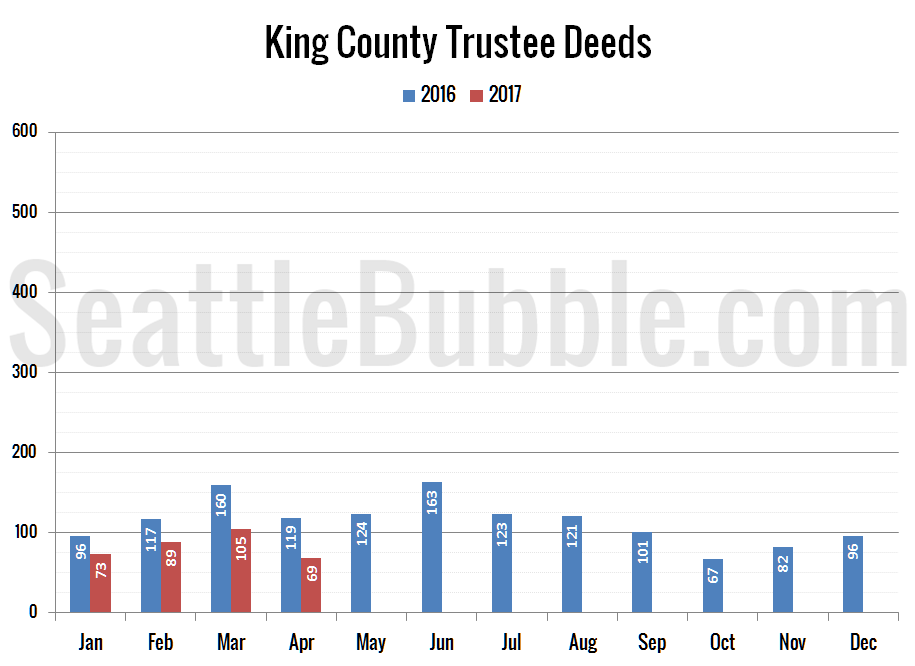 Trustee Deeds were down 42 percent from a year ago. You can’t get much lower than this. 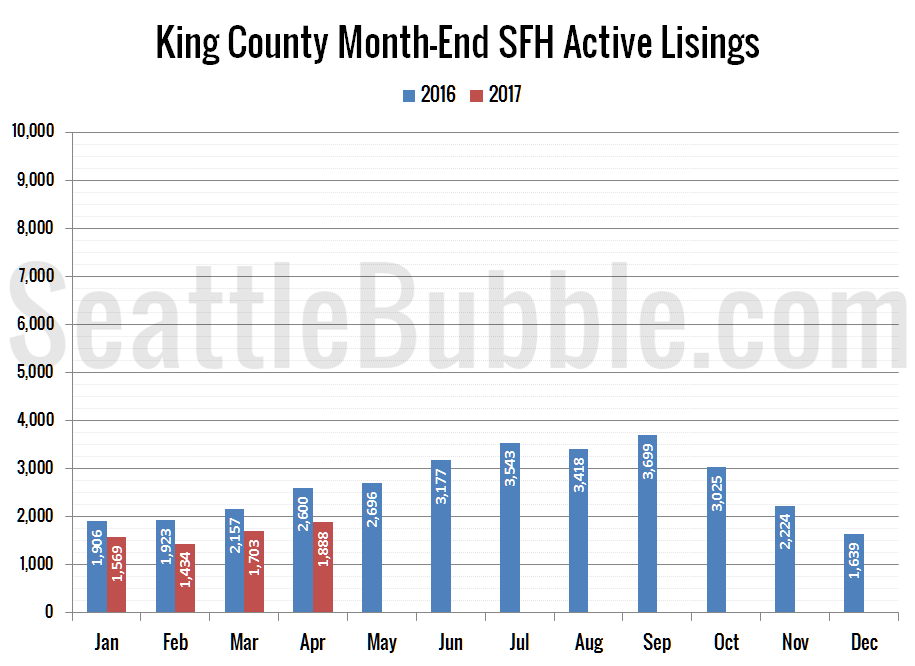 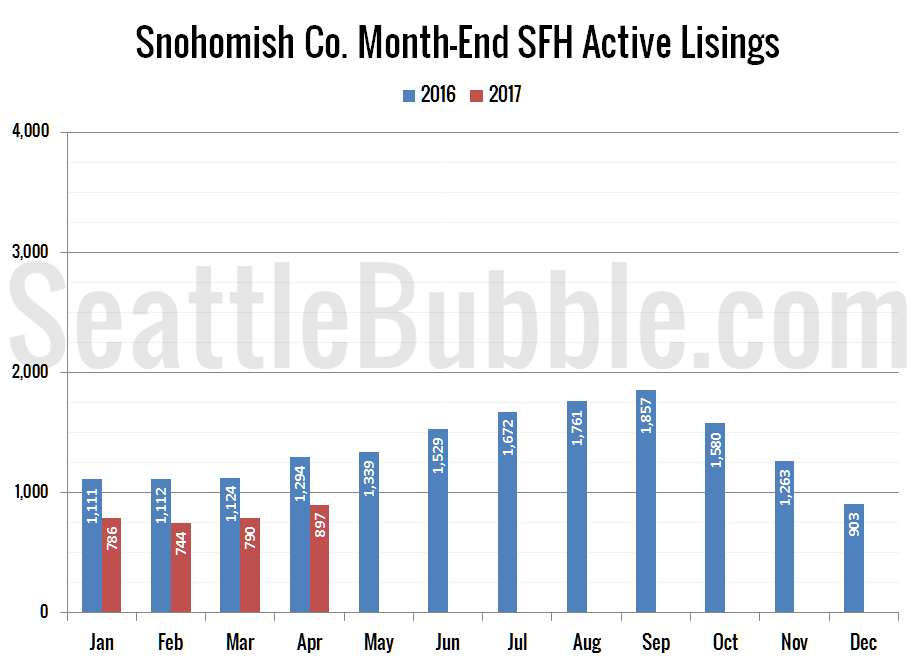 Inventory rose 11 percent between March and April in King County, but was still down 27 percent from a year earlier.

In Snohomish County it was the same basic story: Listings up 14 percent month-over-month but down 31 percent year-over-year.

Hey at least it was up month-over-month.