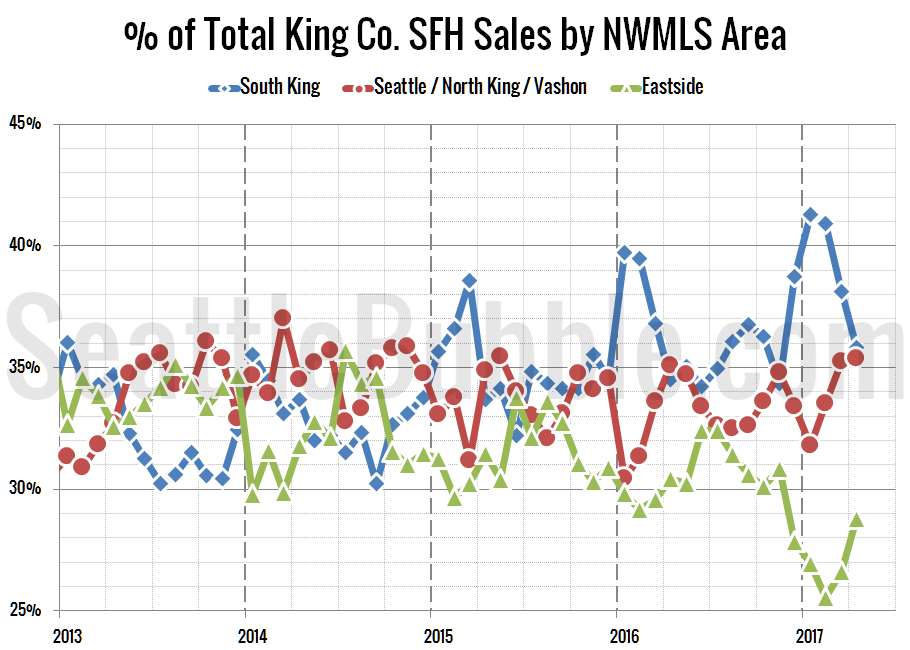 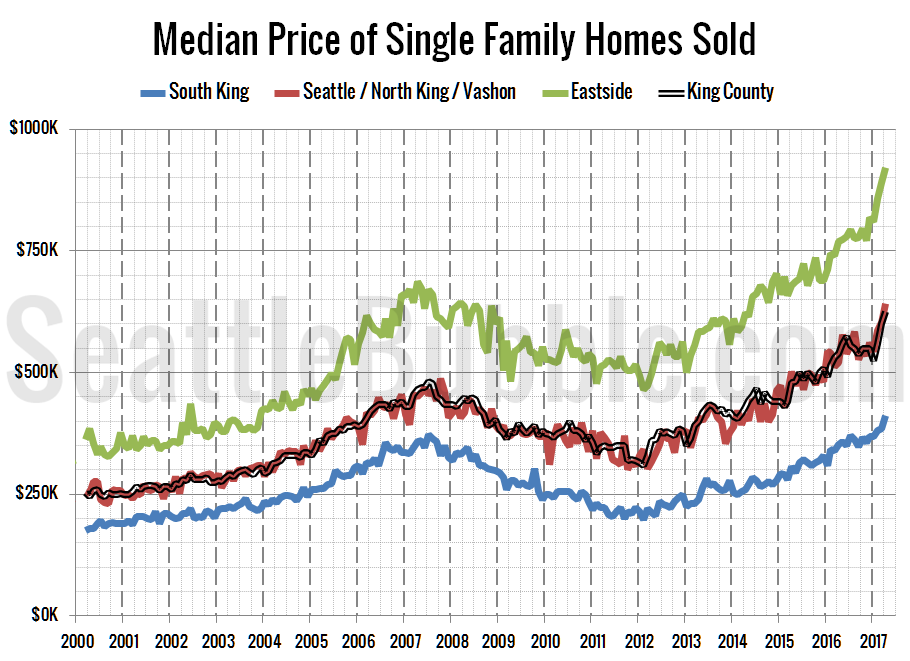 All three tiers saw large month-over-month gains in their respective median-median price, and they all three set a new all-time record high. Month-over-month, the median price in the low tier rose 6.7 percent, the middle tier increased 6.4 percent, and the high tier gained 3.6 percent. 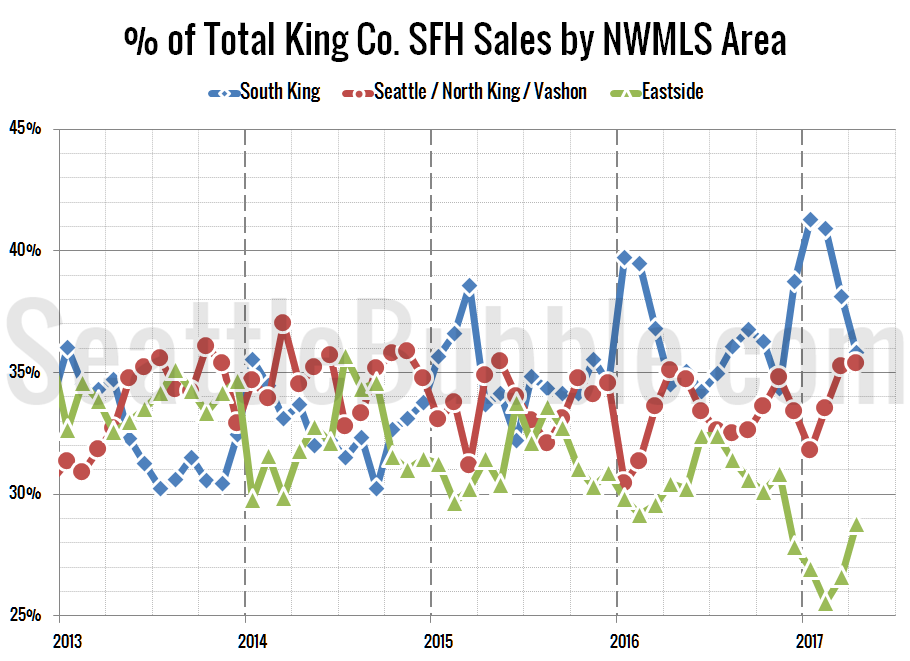 After a few months of the low tier dominating the sales mix and the high tier making up a near record-low portion of sales, the mix has started to shift back toward a more normal mix, with cheap sales falling off and expensive sales gaining back ground. This kind of move will make the overall county-wide median increase even if all the regions weren’t seeing price gains individually. 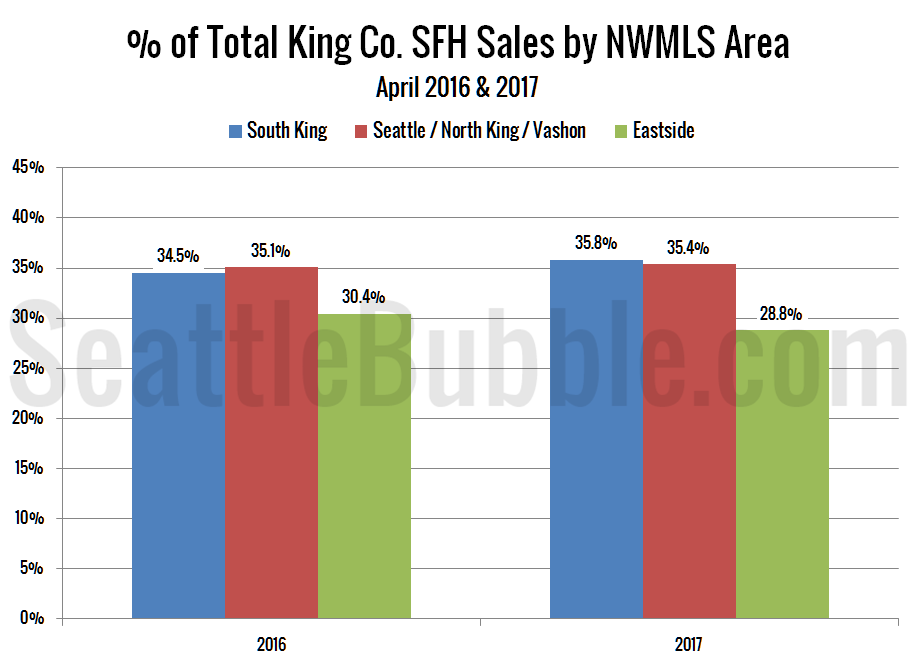 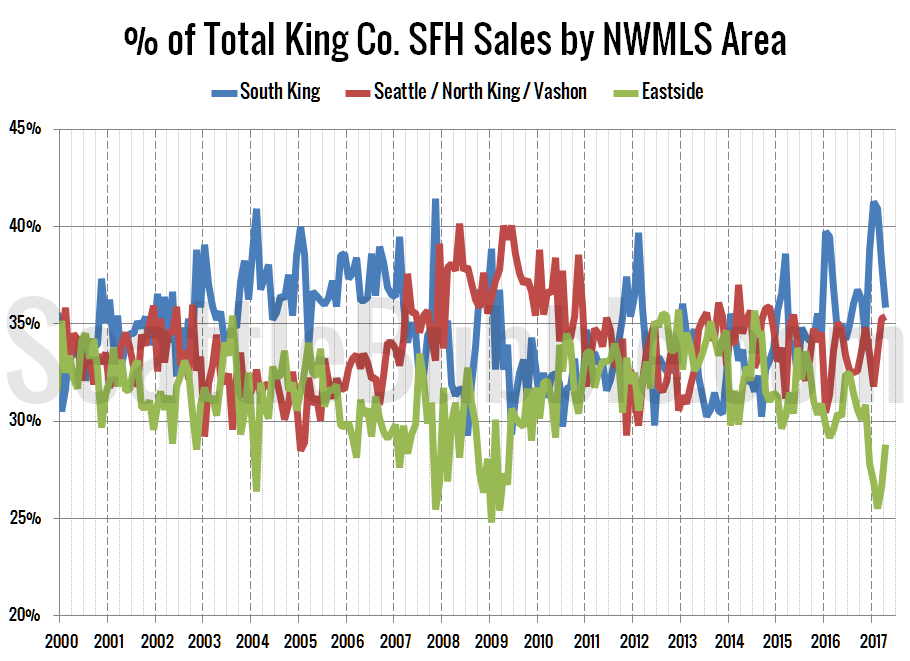 It’s interesting that despite the shift in the sales mix away from the cheap regions and toward the expensive regions, the county-wide median price increased less year-over-year than all three of the price tier aggregate regions. If the sales mix continues moving away from the cheap regions, I expect the next few months to see even bigger gains in the county-wide median price.