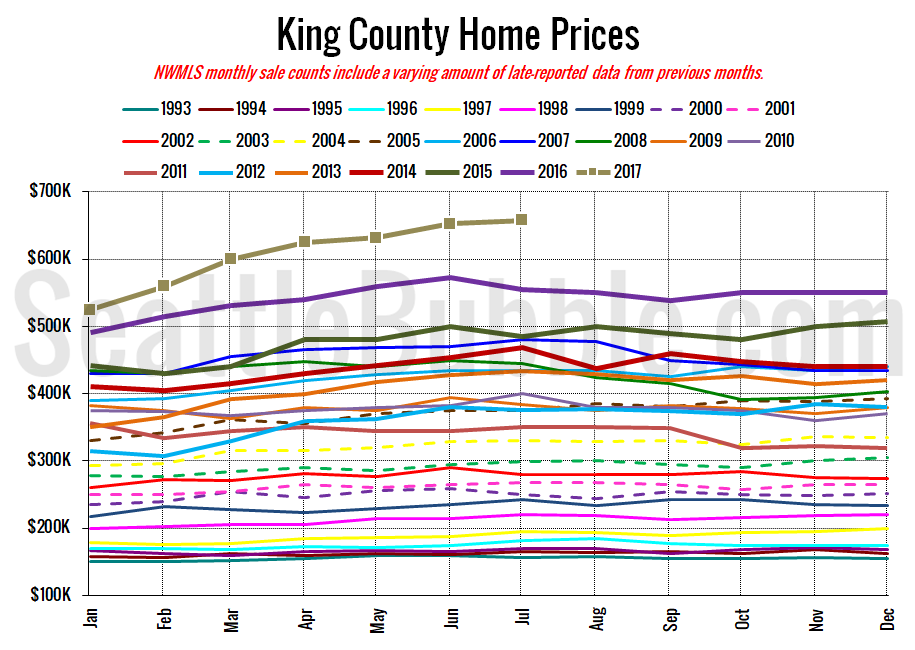 July market stats have been published by the NWMLS. Here’s a quick excerpt from their press release

“We should be entering the summer doldrums, but I don’t see that happening,” reported Diedre Haines, principal managing broker-South Snohomish County at Coldwell Banker Bain in Lynnwood. “Inventory remains low, but prices and demand continue to increase, prompting murmurs of a looming bubble,” she commented, adding, “Some say yes, and just as many are saying no” when asked about the likelihood of a bubble.
…
The leap in prices may have some people crying “housing bubble,” said OB Jacobi, president of Windermere Real Estate. “I still feel confident we’re not headed in that direction. Bubbles result from irresponsible lending practices, but buyers in King County have high credit scores and higher than average down payments. This area also has a high percentage of homeowners who are ‘equity rich’ which means their home is worth more than twice what they owe. For a housing bubble to occur we would expect to see far lower equity, down payments and credit quality.”

Home salespeople have a historically good record when it comes to predicting housing bubbles, so you know you can believe what OB Jacobi says. (That was meant to be read with an extremely sarcastic tone.)

Now let’s dive into the numbers for July.

Prices keep climbing as listings are still scarce. What more is there to say? So far this year we haven’t seen any movement in the trends that point to some kind of change coming soon in the market. 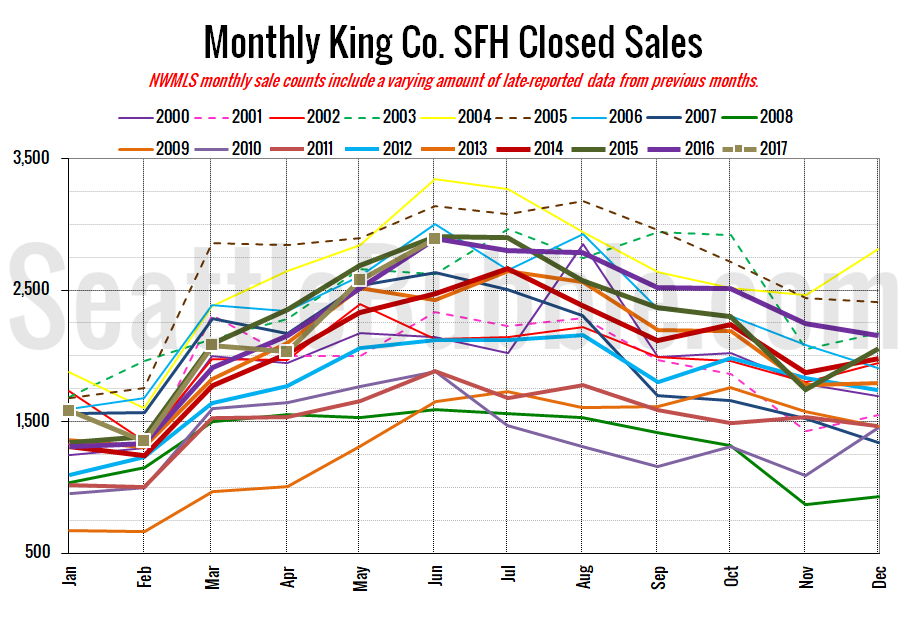 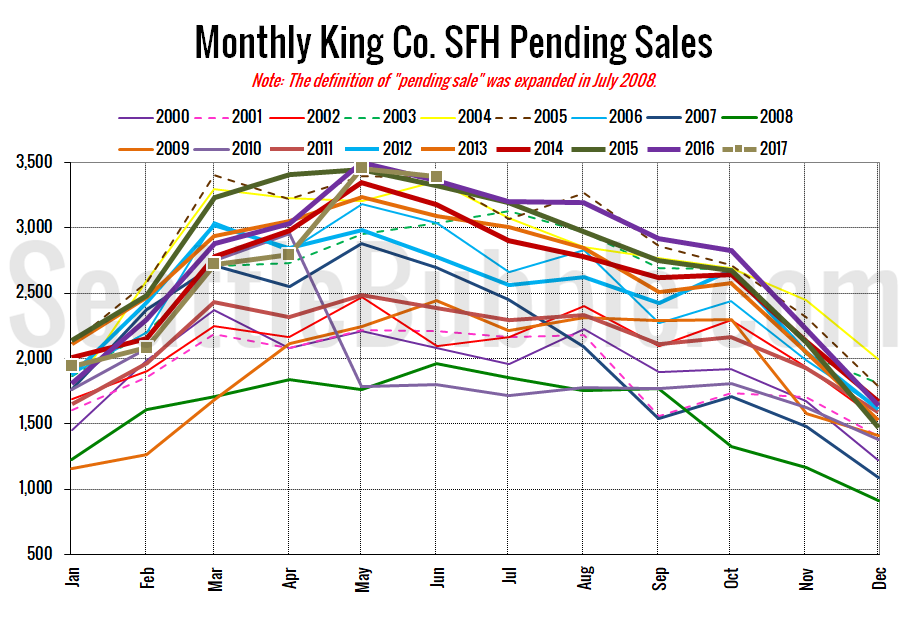 Pending sales fell thirteen percent from June to July, and were down eight percent year-over-year.

Inventory rose 11 percent from June to July. Unfortunately for buyers, year-over-year inventory was still down 18 percent. 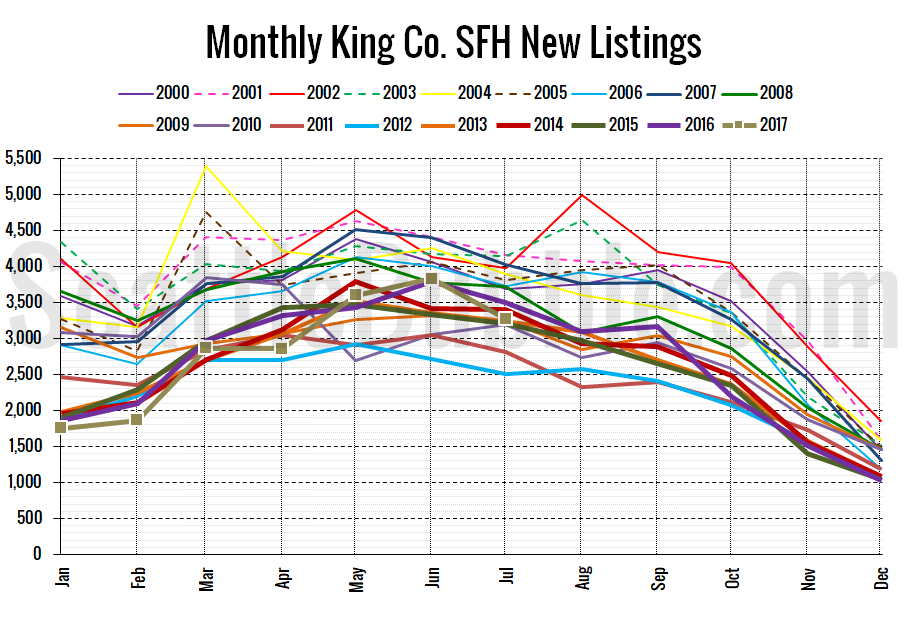 New listings were down fifteen percent month-over-month, and down seven percent from last year. 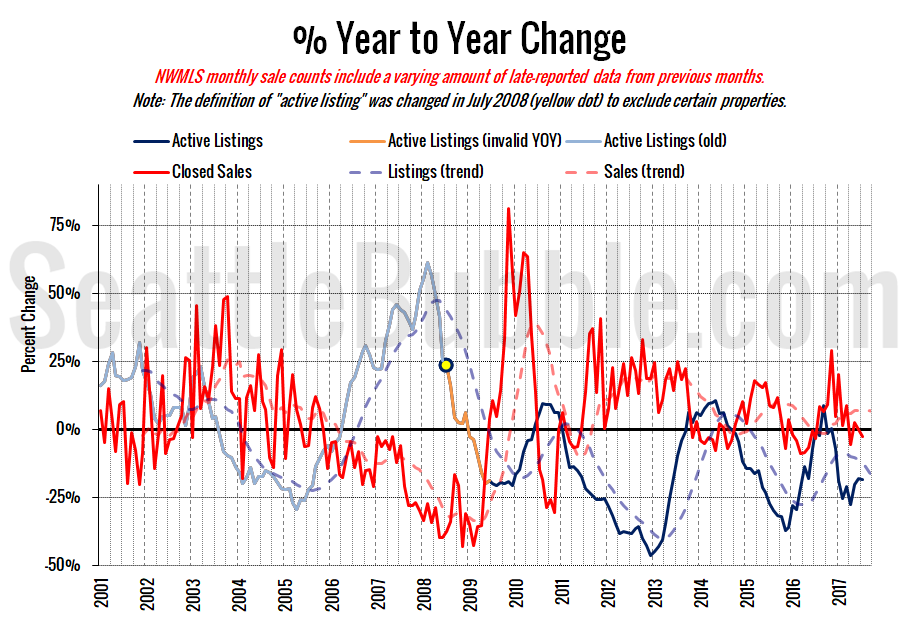 No real change here. Supply and demand is still very much trending in sellers’ favor. 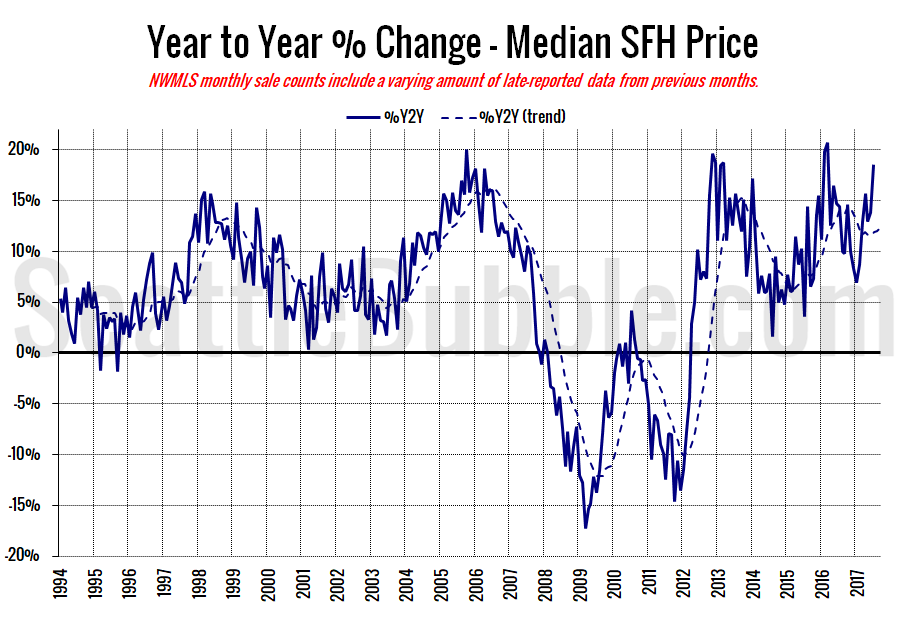 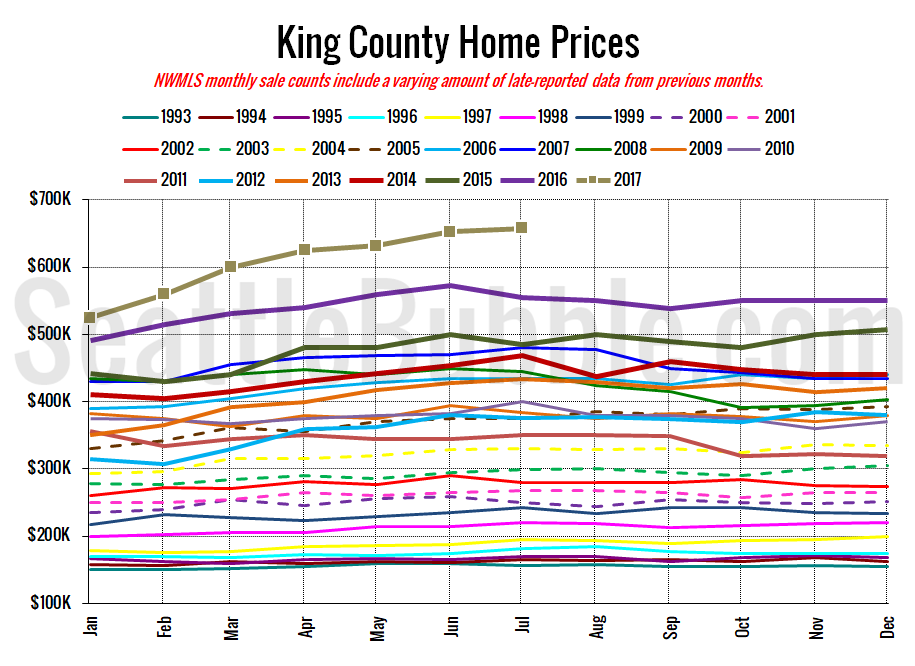