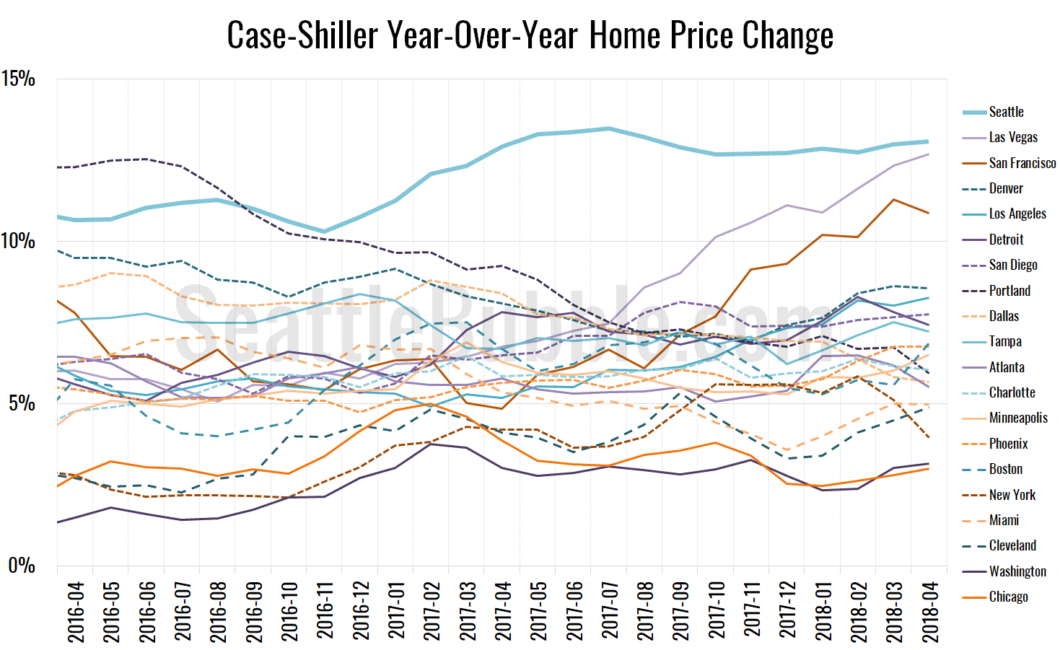 I’ll be posting the monthly stats preview data later today, but Case-Shiller was specifically requested, so here’s the latest update.


Seattle’s rank for month-over-month changes has been at #1 for three months. 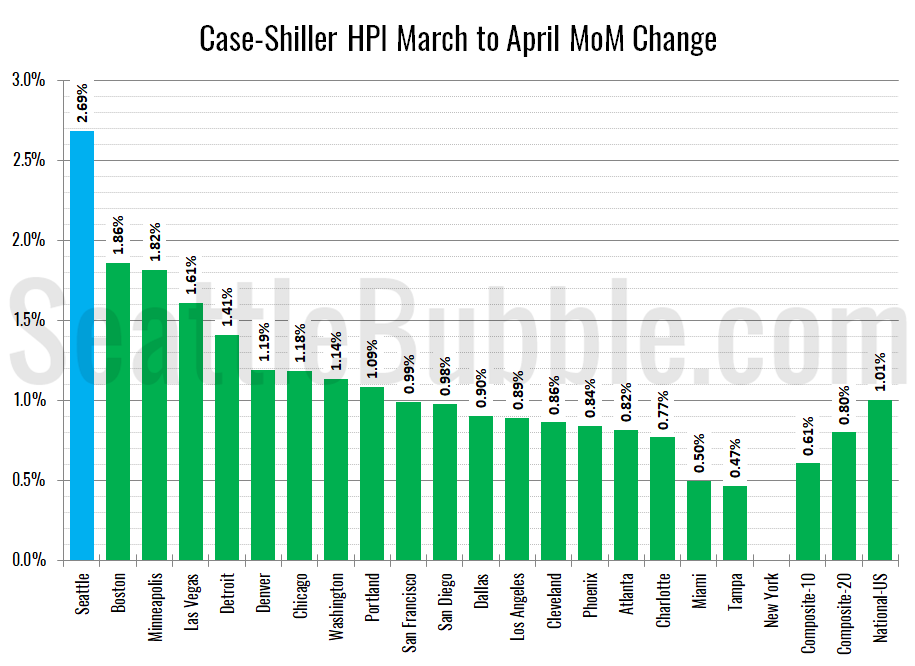 Seattle’s year-over-year price growth is still the highest in the nation. The streak has been alive for twenty months. 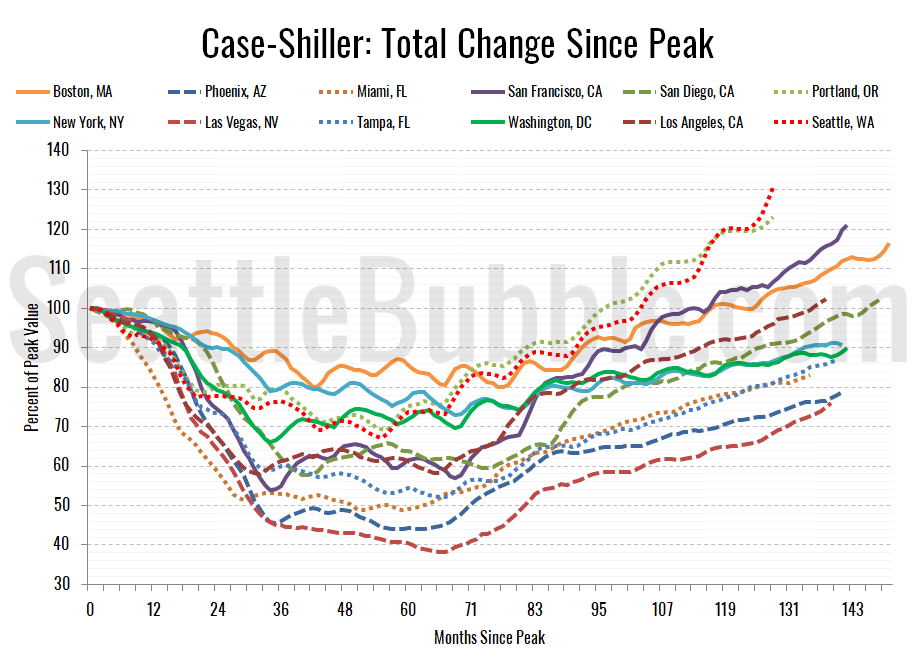 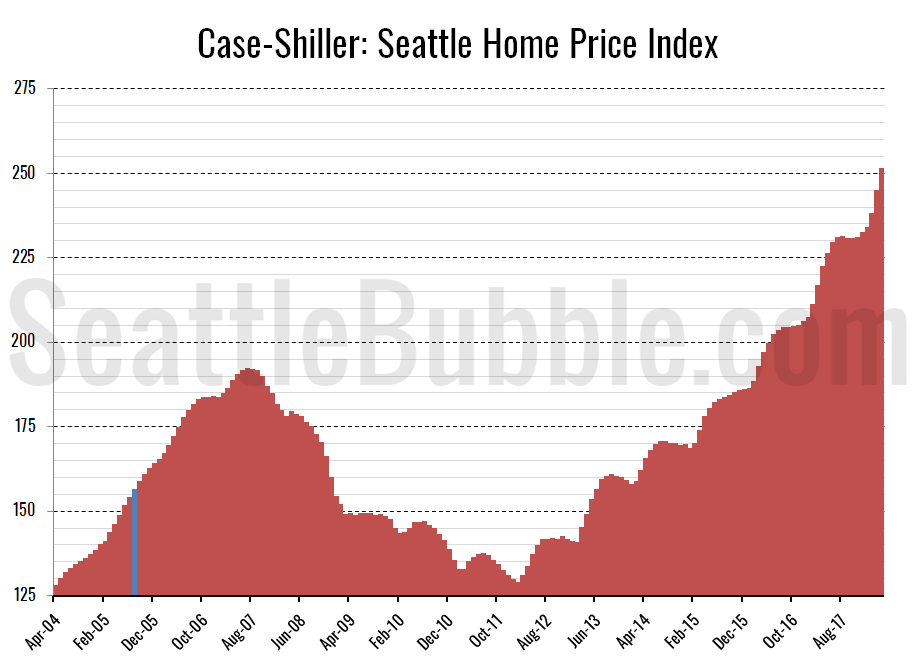