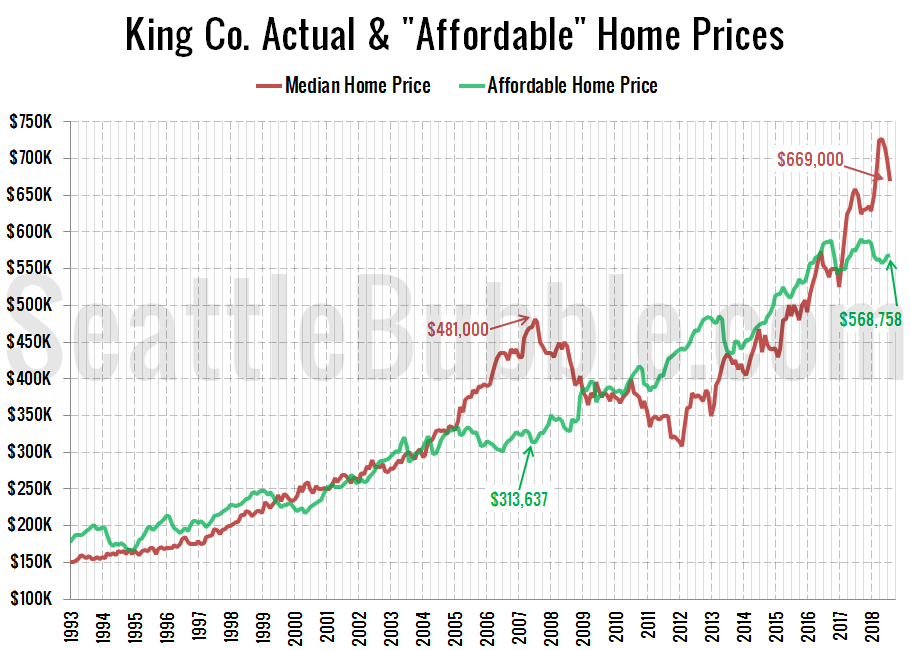 As promised yesterday, here’s an updated look at the “affordable home” price chart.

In this graph I flip the variables in the affordability index calculation around to other sides of the equation to calculate what price home the a family earning the median household income could “afford” to buy at today’s mortgage rates, if they spent 30% of their monthly gross income on their home payment. Don’t forget that this math includes the (giant) assumption that the home buyers are putting 20% down, which would be $133,800 at today’s median price. 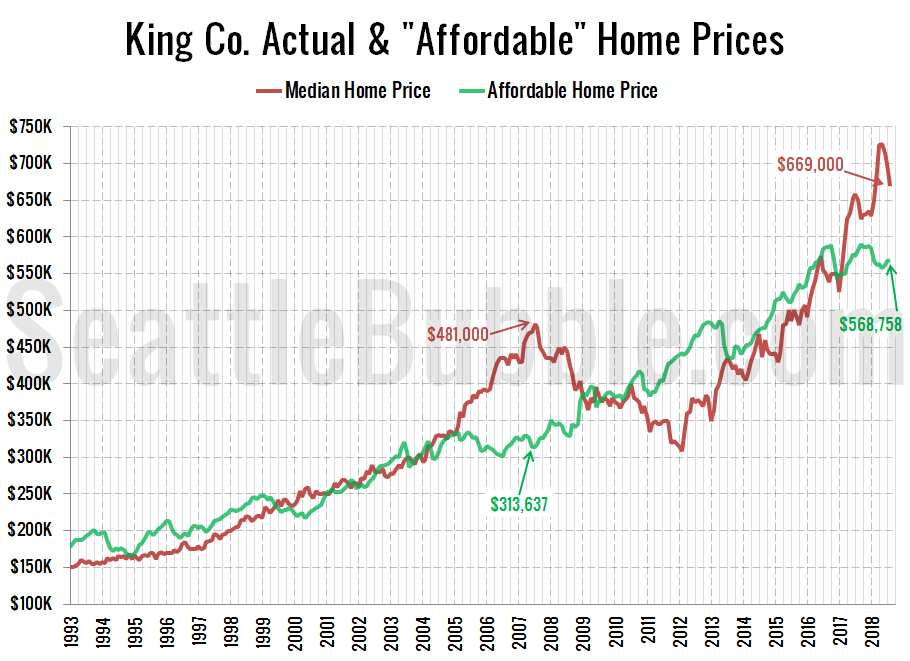 The current gap of $100,242 between the affordable price and the median price is similar to the difference we saw between the two numbers in March and April of 2006. Just a few months ago in May the difference was a whopping $168,447, which is actually higher than the previous record high of $167,363 that was set in July 2017 (the peak month for prices during the previous bubble). This definitely supports the argument that the current slowdown in sales is due largely to a lack of affordability.

If interest rates were at a more reasonable level of 6 percent (which is still quite low by historical standards), the “affordable” home price would be just $483,485—about $85,000 lower than it is today, and $185,515 below the current median price. 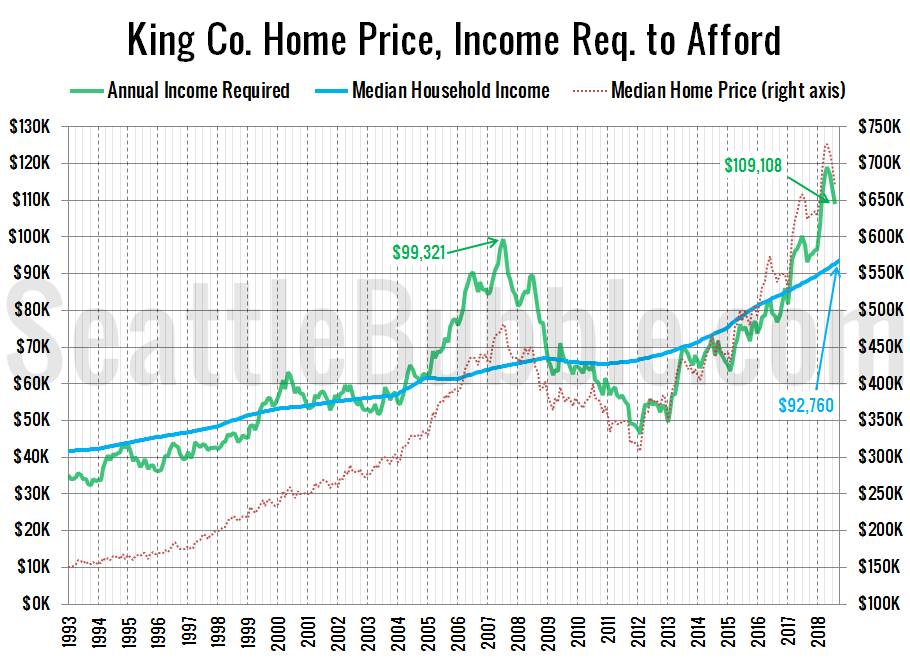 If interest rates were 6% (around the pre-bust level), the income necessary to buy a median-priced home would be $128,352—38 percent above the current median income.