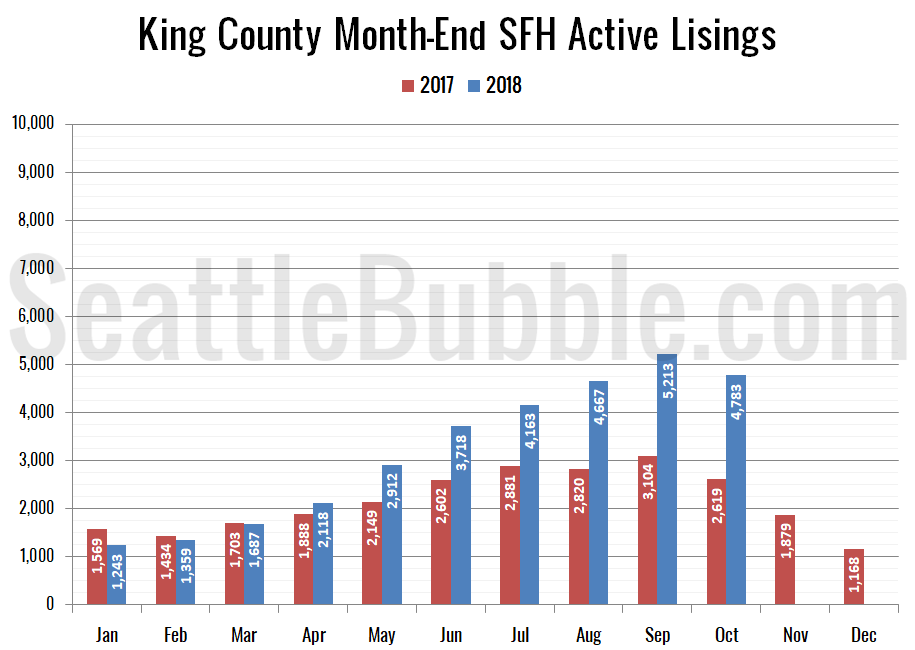 Now that October is behind us, let’s have a look at all of our early indicators for the month.

Home sales volume was down considerably from a year ago in both King and Snohomish County last month, dipping over 16 percent in both counties. Meanwhile, the number of homes on the market began the usual seasonal declines, but were still up 83 percent in King County and 63 percent in Snohomish. Foreclosures are still very rare, although the number of notices did tick up a bit month-over-month. 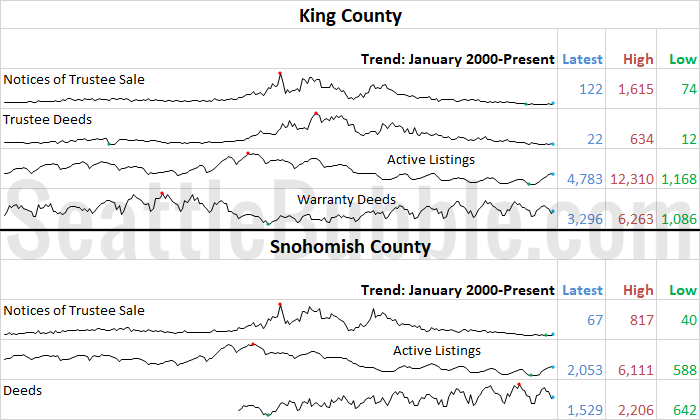 Rapidly increasing inventory coupled with continued year-over-year drops in sales is still the biggest news in this month’s data. First up, let’s look at total home sales as measured by the number of “Warranty Deeds” filed with King County: 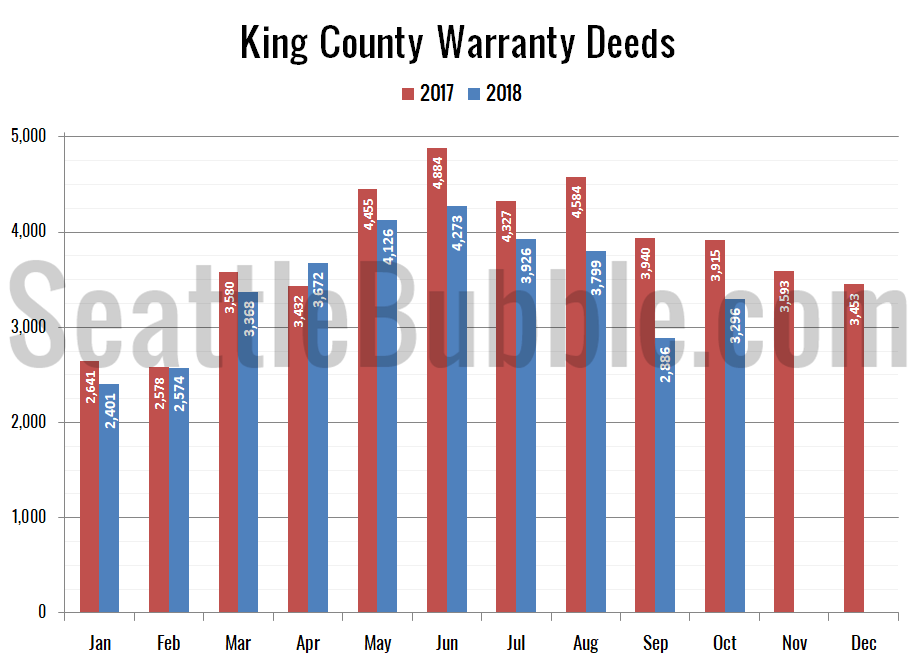 Sales in King County rose 14 percent between September and October (a year ago they were basically flat over the same period), but were still down 16 percent year-over-year. 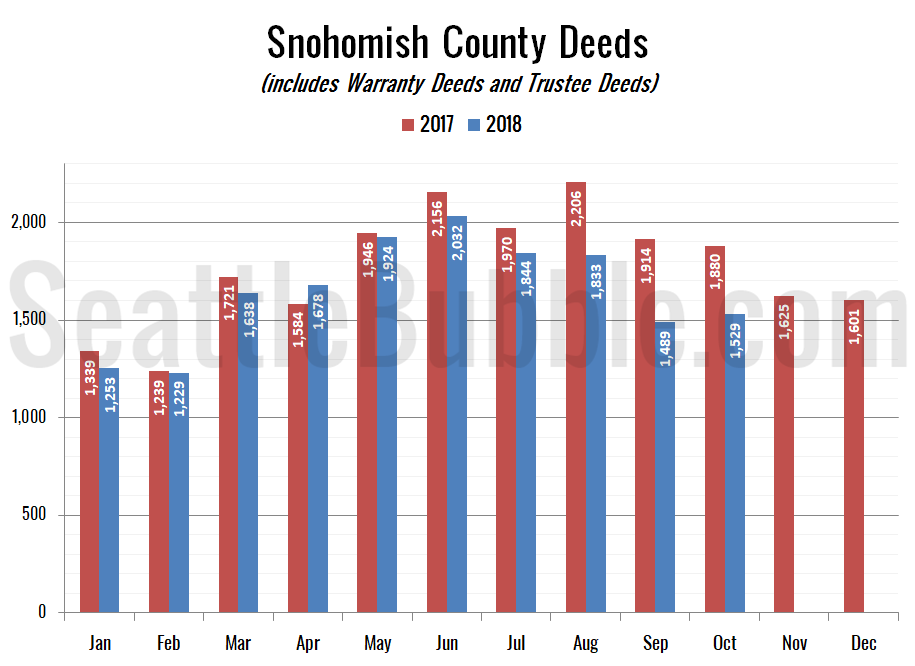 Deeds in Snohomish inched up three percent month-over-month (versus a 2 percent decline in the same period last year) but were still down 19 percent from a year earlier. 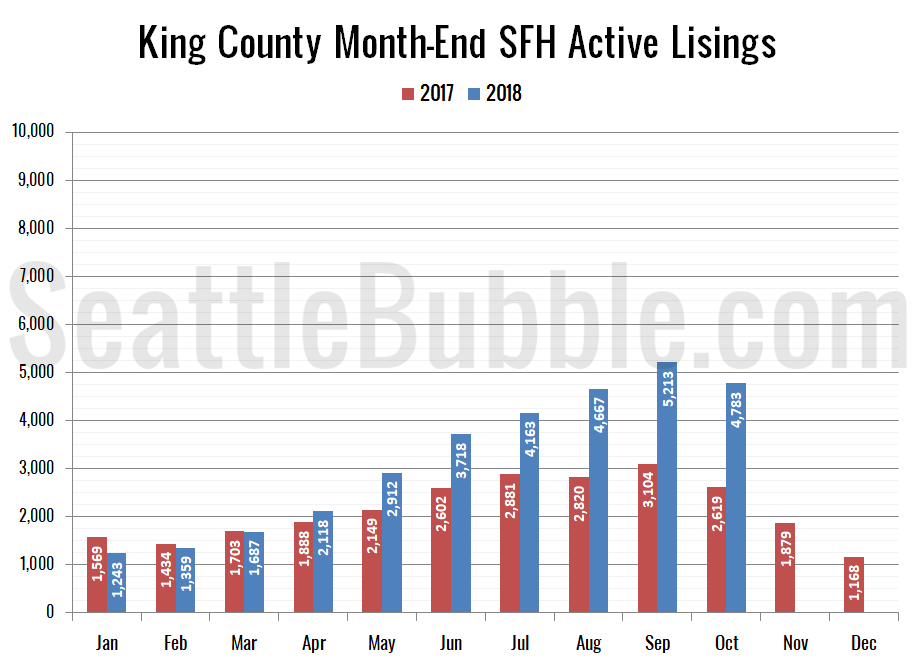 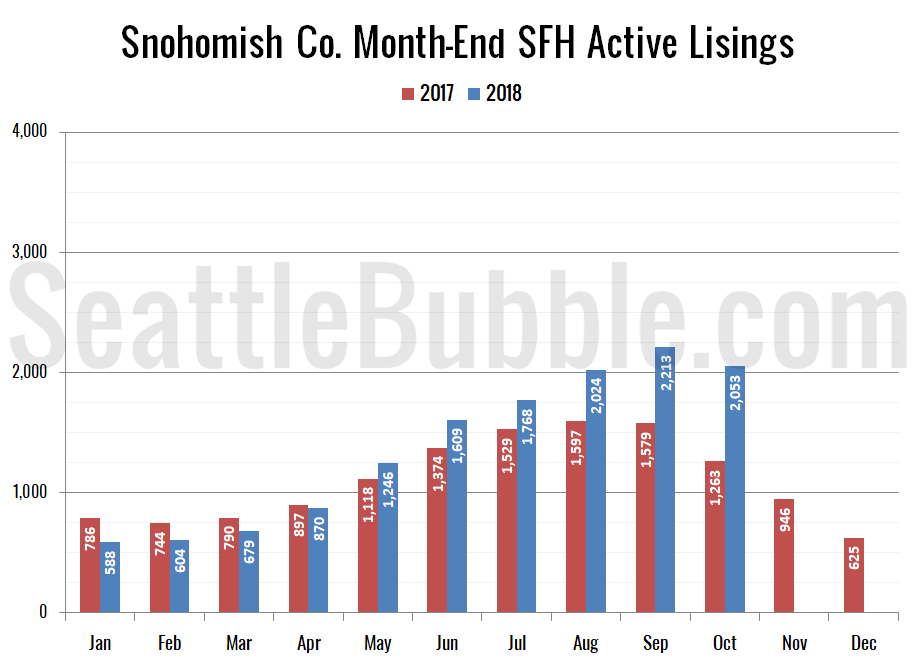 The number of homes on the market in King County fell eight percent from September to October. Year-over-year listings were up a whopping 83 percent from October 2017, which is easily a new all-time high year-over-year gain, crushing the record of 68 percent that was set just one month prior in September. 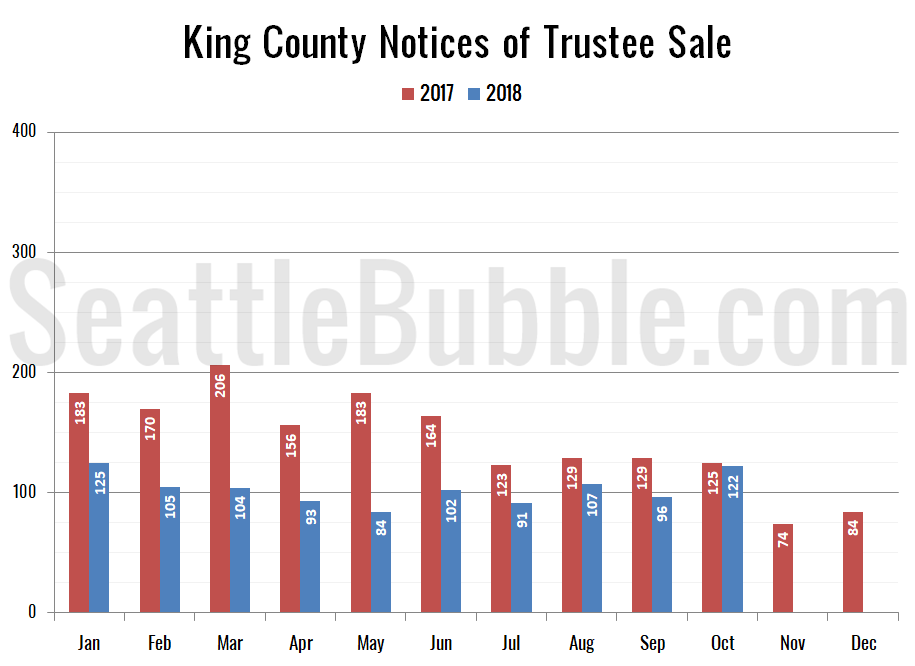 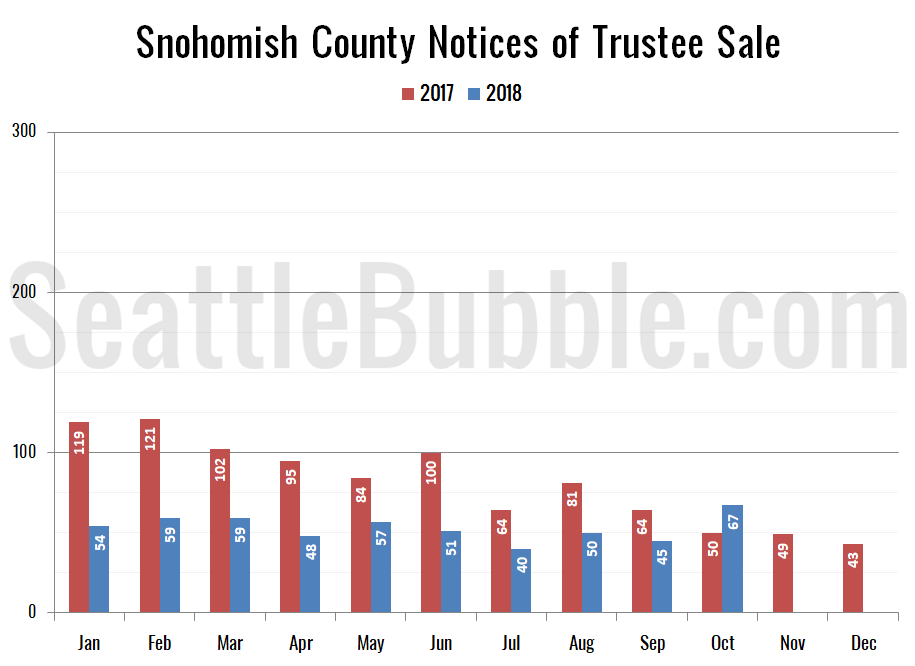 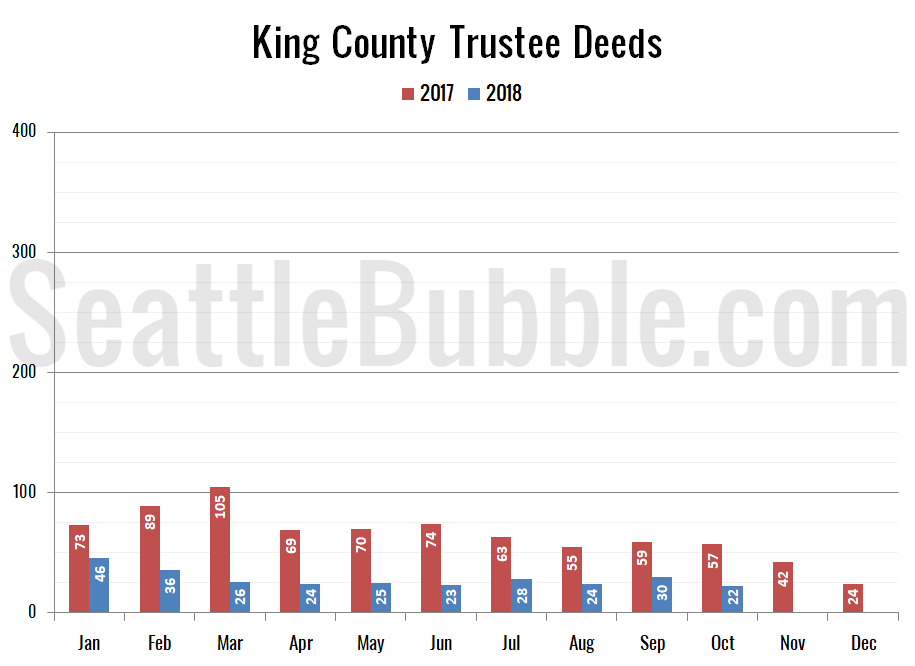 Trustee Deeds were down 61 percent from a year ago, to the lowest level since October 2003.